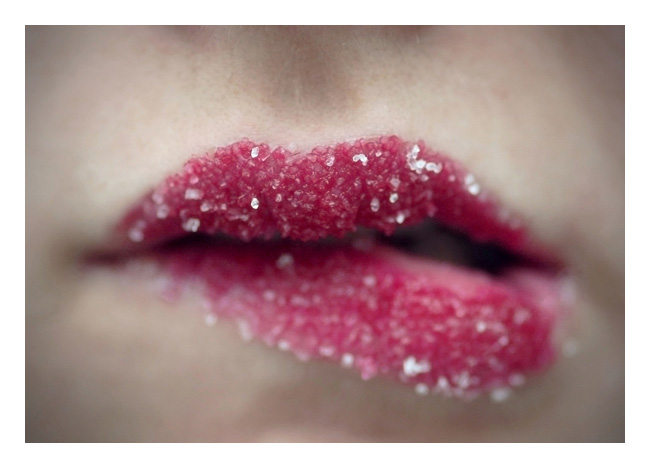 Dear Gala,
Occasionally, I do really love myself. And it is wonderfully, deliriously enticing! But… It is so hard to stick to radical self love, when other people are trying to bring you down!
Yeah, my body isn’t perfect, but deep down I love it. I love the imperfections, and my teeny tiny curves, because I think they fit me. I think I am the way I should be.
But then you enter “girl’s world”, and you try to talk to your friends, and they’re so full of judgement and hidden fears and their own issues, they just don’t want to hear you’re happy. I know that I should get rid of frenemies, and I did, but even my friends struggle with themselves, and sometimes I feel they just can’t bear to hear another girl is happy with herself.
Occasionally I almost feel ashamed of sometimes liking myself. Isn’t that crazy? I think what it comes down to is that we’re taught to be unhappy with ourselves by so many sources in our lives (esp. media) that it is hard to stick up to yourself and proclaim radical self love!

This is so common. I think that speaking badly about ourselves is something that a lot of us bond over, not just women, but men too. Loathing can be very powerful. Not as powerful as love, but pretty powerful!

Plenty of people have friendships which were founded on mutual hatred of various things — loud eaters, for example, or slow people who take up the entire footpath, or babies, or themselves. It’s weird, but true. Hatred sticks people together like superglue.

Words have power. They affect us & the people around us. Talking shit about ourselves is infinitely harmful. It shapes a sad, negative view of who we are, which we then can’t help but expand upon, & it sends a loud, clear message to our friends & strangers alike. It lets potential romantic partners know that we don’t respect ourselves, & opens the door for people with less-than-honourable intentions, or who are messed up themselves. Even more than that, it shows other women that self-hatred is “normal” or acceptable or okay.

I’ve heard so many women say, “I never even knew it was possible to have something wrong with your (insert body part here) until I heard other women complaining about theirs!” Or you don’t realise your ears/nose/knees are supposedly imperfect until someone else makes fun of them. For example, I didn’t know my ears stuck out until some girl laughed at me on the school bus… & even these days, I won’t push my hair behind my ears! Some part of me is still that 6 year old girl, mortified by something outside of her control.

We hold onto these incidents & they form our identity. An event from our youth, viewed through the eyes of a child, can feel like a major trauma. As we get older, & gain more experience, we’re able to take things in stride… & yet some things which happened to us at a young age are just as fresh, just as devastating as they were 10, 20, even 30 years ago.

Now, about your friends. There’s a definite difference between a frenemy & a friend who happens to have her own self-esteem issues. A frenemy is either an enemy disguised as a friend, or a friend who is also your competitor & rival. A frenemy is someone who doesn’t want to see you succeed, do well or be happy. She is so damaged that she is incapable of wanting anything good for anyone other than herself. She doesn’t love herself, & that void sucks anything that is positive or joyful into it.

A lot of this stuff sprouts from the same place that causes women to compete with one another. We feel jealous & threatened & get all nutty. We think, Am I prettier than her? Is she going to steal my boyfriend/girlfriend? What if my best friend likes her more than me? What if she makes more money than I do? She’s happier than me & I HATE HER!

Part of radical self love is about knowing & recognising that there is more than enough for everyone. There are enough opportunities for all of us. There is enough love for everyone to have a big, heaping slice with a dollop of whipped cream. There is enough! When your container (this is a term I borrowed from the Angry Therapist, who is awesome, but “sense of self” works just as well) is uncertain or cracked or not fully-formed, you worry about lack all the time. You’re convinced that there is a finite amount of luck, success or love. You think that if Jennifer has (seemingly) secured a whole lot of good stuff, then you’ll be getting less… Like Santa Claus doles it out at Christmas time or something. “No happiness for you! You’ve been a very bad girl!” 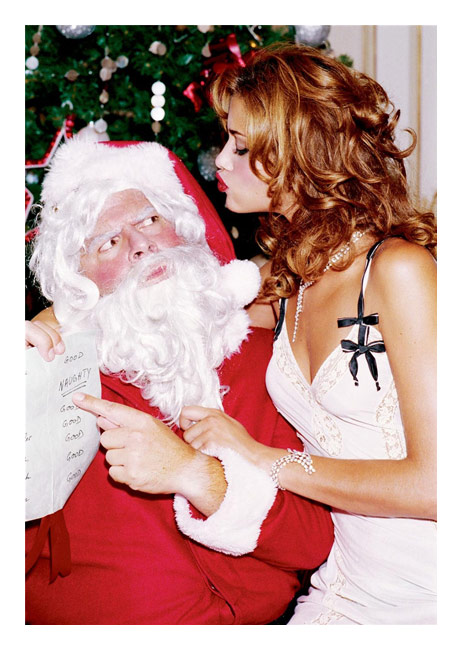 This is clearly nonsense!

Further to that, as much as we make our judgments & are convinced that we’re right all the time, you can never really know what’s going on in someone else’s life! You’re not all-seeing & all-knowing; none of us are. It’s just like in relationships: we all have our opinions on whether John is good enough for our best friend, or whether Sally is being faithful to Joan, but the old cliche is true, no one knows what goes on behind closed doors. The same is true of other people’s lives.

The good news is this: I don’t think you’re surrounded by frenemies. Like you said, you got rid of them a while ago. (Congratulations are in order!) I simply think your existing circle of friends are a bit dissatisfied with themselves. I don’t think they want to destroy you, like a frenemy would. They probably just find it hard dealing with their own issues when they look at you & you seem to be in such a better place.

Most people walk around with a pretty massive deficit of self love. It’s just not something we are taught — it’s usually something we have to figure out for ourselves. Some people learn it as they get older, after having made a lot of mistakes. Some people never learn it.

I believe that like attracts like. I have seen this principle prove itself over & over again within my own life, & the lives of my friends. For example, when I’m charming, good things happen to me. I get special treatment. When I go out of my way to help others, strangers do the same for me. When I choose to believe other people, trust them or have faith in them, 99% of the time it turns out wonderfully.

This is one way of saying that as you continue on your radical self love journey & begin to vibrate at a higher frequency, you will naturally begin to attract people who are at that same frequency. Some of the friends you have now, who are struggling with your newfound happiness & the discovery of the bright pink heart you have burning within you, will flutter away from you, like autumn leaves from a tree. But maybe a few girls will be so inspired by you that they will begin to work on themselves.

I’ve been through my fair share of friend break-ups, so I know how painful & difficult that can be, but ultimately all the friendships that have disintegrated have turned out to be a blessing in disguise. Sometimes it’s not until someone is no longer in your life that you realise how they were really affecting you. Sometimes those friendships shielded you from certain truths that you’re now free to explore.

Of course, this information doesn’t help you right now — it’s more like hopeful pieces for the future. What I would encourage is to continue being you & burning bright. The world is not served by you playing small or pretending to be less than you are. We are able to influence, encourage & inspire incredible acts of beauty & strength in other people simply by being ourselves. It is so important to keep that spark flickering in your heart, & not allow other people’s behaviour to dampen your spirit.

I know that you can do it. You are a radical self love warrior of the highest order! Every morning, imagine painting your face with sparkly, neon pink stripes. Think of your boots as magical totems which kick away hatred, self-loathing or angst with every step. Pull on a sweater which smells like sweet sugar & which has accompanied you on so many adventures. Every day of your life sets a new standard. Every morning, you have a new chance to be your own role model; your own heroine; your own superhero.

You are incredible. Your friends are learning so much just by being around you & witnessing your progress. You are doing the right thing. You are beautiful.

« We Got Married… & We Made A Film For You!
Things I Love Thursday: Notes From The Antipodes! »

We Got Married… & We Made A Film For You!

Happiest day of our lives, most definitely.Shot, edited & geniused together by the inimitable Ben Vogel!(Outfit & wedding details to come!)

Dating, oh dating. You are such a strange phenomenon, so amazing & simultaneously horrifying. Who knows where the night will begin or where it could all lead? But here’s the kicker — dinner & a movie is totally played out. You’re interesting, they’re interesting — surely that’s not the best you can come up with! […]

Carousel: The Calm Before The Storm…

Greetings from JFK Airport! Oh yes. It’s all very glamorous. There’s a hurricane a-blowin’, so I pushed my flight. I’m leaving (soon) for Los Angeles, where I’m going to spend a few days before making my way on to New Zealand. So as I sit here, under the fluorescent lights, I thought I’d compile you […]

Things I Love Thursday: I’m Leavin’ On A Jet-Plane… For New Zealand!

The new Brian Atwood showroom — c’est magnifique, n’est-ce pas?! It’s here! It’s here! It’s finally heeeeere! B Brian Atwood collection is available at Saks TODAY! You saw my favourite pair back in July, & now you can pick up a pair for yourself! (I didn’t see these ones at the time… SWOON!) Even better, […]

Jumping! 5.30am, Friday: Chicago-bound. Chloe appeared at my apartment before the sun had even come up. We peeled through the empty Manhattan streets, bound for Newark. We were heading to Chicago so I could speak at the 20SB Summit, & we were both really excited. I’d never been to Chicago before, & really had no […]

100 Ways To Be A Love Letter To The Universe

Photo by yyellowbird.   Do your lips up sticky, sparkly & sweet. Then blow kisses. Say thank you. Allow other people to inspire you. Share your bliss. Smile — even if you’re shy, even if you have bad teeth, even if it scares you. Hold someone’s hand. Be honest. Volunteer your time. Love yourself. Do […]

Happy breakfast! I Pee-Wee! It’s been a long time! Here are some links to keep you busy for the rest of the weekend… & maybe through the week! His Girl Has A Girlfriend: On Bisexuality In Hip-Hop from Autostraddle. See also, 21 Music Videos Featuring Lesbian-Style Action! 6 killer writing tips from a great-grandmother of […]

Instagram photo by colorfancy. Bonjour, babycakes! How you doing? If you’re having a rough day, week, month or year, I would LOVE for you to try writing a gratitude list to see how it helps you & changes your perspective. I know it sounds too simple to ever work, but it really does; it totally […]