Carousel: How The Truman Show Became Real, Psychedelics As Therapy, And Relationship Jealousy 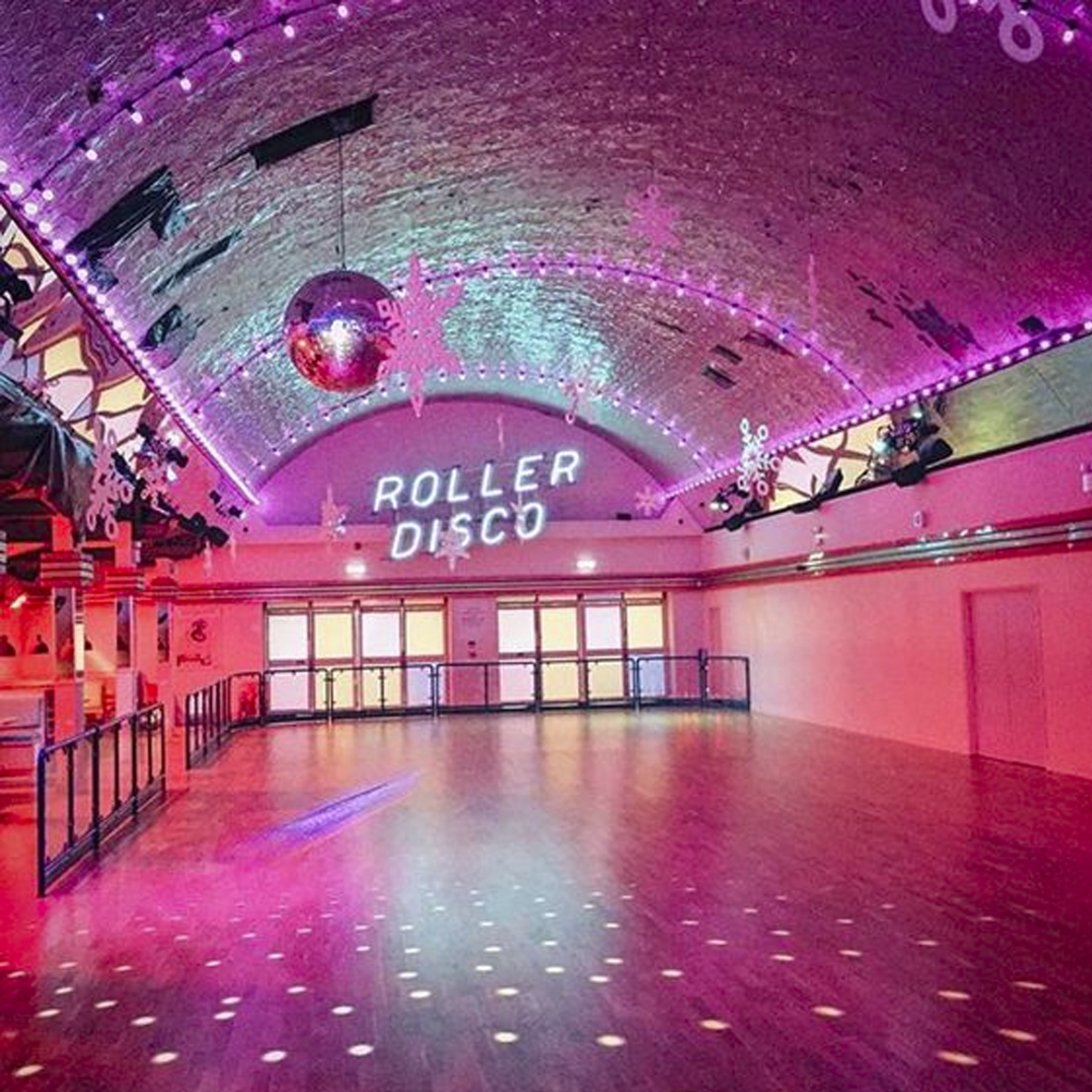 Hello, beautiful. Welcome to another reading round-up, featuring the best things I’ve read lately. It’s your usual blend: psychedelics, travel, love and relationships, RuPaul, and transcendence. I ask you… What else matters?! I hope you enjoy clicking your way through ’em!

PrePair NZ is a fantastic organisation that helps young women have emotionally healthy relationships. This is a really good guide to what emotional abuse can look like in a relationship. I met with the founder, Irene, when I was in Wellington a couple of months ago, and she asked if I’d write a piece about maintaining our values and independence within a relationship. Of course, I was happy to oblige!

The only 3 things I need in a partner. This is short and sweet and very much on the money.

The Affluencers, on the shift in fashion blogging.

Love in Translation, learning about culture, communication, and intimacy in my husband’s native French. If you love words, this will thrill you. It’s beautifully written, and littered with delicious tidbits like this:

Schnapsidee—the way a German would describe a plan he’d hatched under the influence of alcohol. Pilkunnussija—Finnish for “comma fucker,” a grammar pedant. In Mundari, ribuy-tibuy refers to the sight, sound, and motion of a fat person’s buttocks. Jayus, in Indonesian, denotes a joke told so poorly that people can’t help but laugh. Knullrufs is Swedish for “post-sex hair.” Gümüş servi means “moonlight shining on the water” in Turkish. Culaccino is the Italian word for the mark left on a table by a cold glass.

How Women Are Rethinking the Tattoo Parlor

Advice From a Polyamory Coach on Dealing With Relationship Jealousy

The joy of Flamin’ Hot Cheetos, my favourite junk food for… too long.

How to have a relationship with yourself.

Maybe She Had So Much Money She Just Lost Track of It. Somebody had to foot the bill for Anna Delvey’s fabulous new life. The city was full of marks.

The Science of the Psychedelic Renaissance

There is also more to psychedelics than introspection. Early in his book, Pollan interviews a scholar of psychedelics named Bob Jesse, who stops the author mid-sentence when he refers to “recreational” drug use. “Maybe we need to reëxamine that term,” he tells Pollan. “Typically, it is used to trivialize an experience. But why? In its literal meaning the word ‘recreation’ implies something decidedly nontrivial.” People take psychedelics to listen to music, to dance, to connect with their friends, to enhance sexual experiences, to create, and for pure pleasure.

Scientists studying psychoactive drugs accidentally proved the self is an illusion

‘You better work’: The influence of RuPaul’s Supermodel of the World, 25 years later

Read This Story and Get Happier. The most popular course at Yale teaches how to be happy. The author of this piece took it for you.

I Think About This a Lot: Sex and the City Edition. Fifteen writers share the moments that have stuck with them over the years.

RuPaul on How Not to ‘Give a F*ck’ About Auditions

Know thyself. And that’s not just for performers, that’s for everyone on this planet. Don’t be afraid to live in your own body, know thyself. You see so many people on their smartphones trying to escape themselves. They can’t stand to be in a room by themselves in their own thoughts. Your job, whether you’re in show business or not, is to find your rhythm, find your frequency.

How To Go To Therapy. Why we need to break the stigma, and how to go to therapy for the first time if you’ve never been before.

These Occult Exorcists Say the Catholic Church Makes Demons Worse. One of the silliest things I’ve ever read. You’re welcome!

Nicki Minaj Abstaining From Sex While Single For The 1st Time: Only A ‘King’ Can Have My Body

An Ode to Late Nights On LimeWire. For me and others who grew up in 2000s, the file-sharing software became a way to forge my music taste and understand the internet.

Art Sex Scene of the Week: Save a Horse, Ride Aristotle. Alexander the Great’s mistress riding the philosopher like a horse was a popular image during the Middle Ages, representing the struggle between sensuality and reason.

Meet an Artist Who Matches His Suit to His Couch. The visual artist Cary Leibowitz gives T a tour of his quirky home in Harlem. GOD I LOVE THIS.

Psychedelics Are Promising, But Many Psychiatrists Don’t Want to Use Them.

You Could Be in a Gay Bar Right Now and Not Even Know It. A lesbian bar from the 1920s. A “fairy den” from the 1890s. An Ecstasy-fueled disco from the 1990s. Celebrating the hidden places in Manhattan where gay night life once flourished.

The Trouble With Johnny Depp. Multimillion-dollar lawsuits, a haze of booze and hash, a marriage gone very wrong and a lifestyle he can’t afford – inside the trials of Johnny Depp

Speaking of which… I Stop Celebrities From Blowing Their Money.

When I was in LA a couple of months ago, I was the guest on Spirit Guides Radio and we had such a great conversation! Have a listen.

Live Through This, exploring the righteous anger of Hole’s 1994 album.

Love projected a high femme presence, all red lipstick and messy blonde hair like a bedraggled Marilyn Monroe, while commandeering her post at the microphone with masculine bravado. She wore baby-doll dresses and screamed at the coarse bottom-edge of her range. She was the first to admit the look was a compromise, a Trojan horse for her rage. “When women get angry, they are regarded as shrill or hysterical…One way around that, for me, is bleaching my hair and looking good,” she told the New York Times in 1992. “It’s bad that I have to do that to get my anger accepted. But then I’m part of an evolutionary process. I’m not the fully evolved end.”

Love deciphers what it means to be an object of desire, but she also plays a woman who wants ravenously. Her wanting, at the time, was a terror; she inspired so much vitriol in part because she refused to be passive, refused to accommodate a man’s hunger without indulging her own. She would not be a vessel or a muse. Her husband did not cast her in the drama of his life. She wanted him and chased him down, and then she wanted their child, and she believed that her desire mattered, that it had substance. “I went through all the shit and pain and inconvenience of being pregnant for nine whole fucking months because I wanted some of his beautiful genes in there, in that child,” Love told Melody Maker, in a profile that called her “a one-woman spite factory” in its tagline, in February of 1994. “I wanted his babies. I saw something I wanted, and I got it. What’s wrong with that?”

I Was One of the Most Famous People Online in 1998—Then I Disappeared. Known as “anacam,” seven million people a day watched me livestream my life around the clock. Looking back now, I have a new understanding of why I did it.

Russell Brand has a great podcast. Here are a few episodes to get you started… Will The Psychedelic Revolution Meaningfully Change The World? Selfie-Obsession: Can Narcissism Ever Make Us Happy? Will Spirituality Solve Our Global Problems? (with Sharon Salzberg, who I had dinner with the other night! So lovely!) Can We Have More Connected Sex? Is The Solution To Addiction Spiritual Connection? How To Be Spiritually Healthy In Damaged Times Madness & Meditation. Can We Heal Ourselves? and Senses & Consciousness – Beyond The 5 Senses Myth

Happy Sunday! Hi sugar! It’s time for yet another High Vibe Honey video, aka your energetic reset for the week of 25th June 2018. In this video, I pull cards to show you what you have in store for the week, we tap to release resistance, and we get into gratitude. Meow! Wanna know more? […]

Attention, Californian cuties! Your summer is about to become so much more magical. I’m coming to Los Angeles, and I’m so excited to bring my HIGH VIBE HONEY LIVE CLASS direct to you! YES! High Vibe Honey is a vibrational reset, a ritual, and a party all in one. It’s all going down on Sunday the 5th […]

Babycakes! It is time for another HIGH VIBE HONEY! Otherwise known as an excuse for me to shimmy into a cute outfit and a hot wig and make a video for you. Hahaha. I absolutely loved reading all your comments on last week’s episode, so don’t be a stranger and be sure to chime in on this […]

In this week’s Wonderland Session, I went rogue! Totally unscripted, I sat there and answered your questions live on Instagram. It’s always a bit of a gamble when you go out there without a plan, but I think the questions that came up will be useful for you! We discussed… What should you do if the […]

I’ve been getting a lot of questions lately from people who ask me how I manage to stay in such a high vibration all the time, and thus, a new segment was born! HIGH VIBE HONEY is a weekly reset to help you jump into the days ahead with gusto, feel good, and get enthusiastic […]

It’s true that as you get older, your friendships change and evolve. The people we used to spend endless hours with get married, have families, move away, or start to have a different idea of what constitutes a rocking Saturday night. Sometimes these changes can be hard to navigate: try as we might, we often […]

Wonderland Session #20: How To Be A Manifesting Queen

I was texting with Nubby the other day, when she said: “I was thinking, I hope you can save these text messages so you have a running timeline of what your life was like at this time for your book. Not all the down and dirty specifics, but more of your mindset, the changes you […]