Oh, Marilyn! “I Don’t Know Who Leaked The Story…” 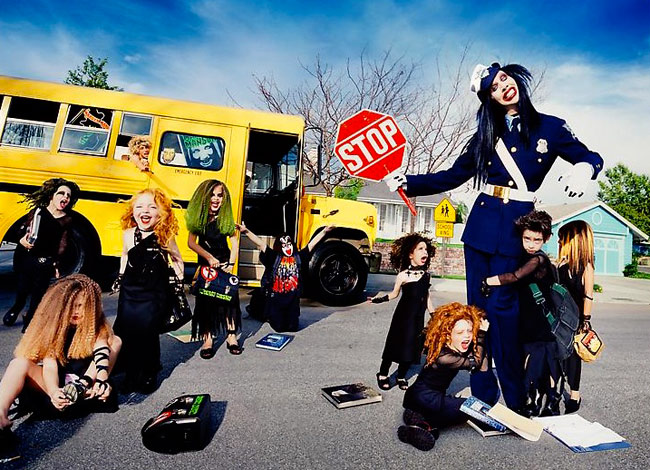 Interviewer: So you’re not worried?

Marilyn Manson: Last Halloween, I went to Las Vegas because some foolish person decided it would be a good idea to pay me to host a party at the Bellagio. I couldn’t really resist because I had no other plans, so I took a bunch of friends cross-country, which wasn’t really far from Los Angeles. But on the way there, we purchased some samurai swords from a truck stop. I found that they’re not very sturdy when you want to stab someone.

Interviewer: Someone? As in a person?

Marilyn Manson: No, no. I tried to stab the bed in the hotel with one of them but it didn’t work. After the show, I went out with some friends, and there was a write-up about it in Page Six of the New York Post. It said something like, “Marilyn Manson went to a karaoke bar at 4 in the morning and requested to sing Justin Timberlake’s “Cry Me a River” six times in a row and when the stereo broke he got mad and shotgunned a beer with a samurai sword and then tried to steal a limousine.” And that was all true. I don’t know who leaked the story, but I was very impressed. They got all the details right.