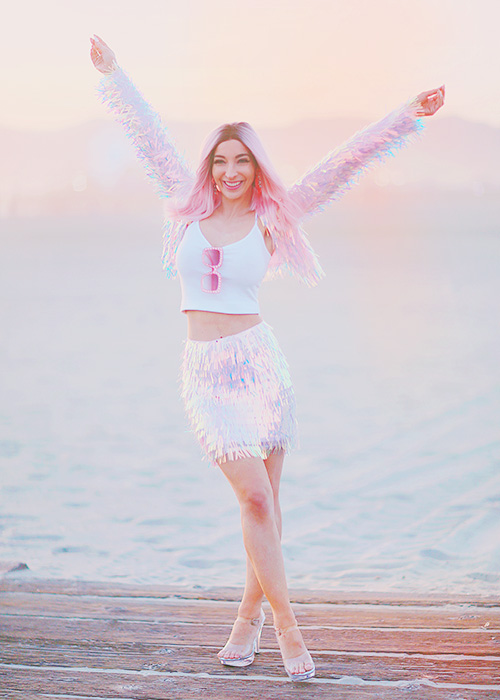 Magnetismo (Italian for magnetism!) is a year-long tapping (EFT) program to help you step into your power. Every month, you will be guided through two tailored tapping sessions.

The LETTING GO routine will focus on releasing pain, fear, resistance, resentment, and any limiting beliefs that are holding you back.

The ALLOWING routine will help you double-down on confidence, personal power, acceptance, motivation, and feeling good!

Darling, it’s time to tap into your power.

When you change your beliefs, your life changes too. But how do you truly change your beliefs… Forever? The most effective way of removing limiting stories is through tapping — also known as Emotional Freedom Technique — a simple healing technique which combines acupressure and positive psychology, and completely changed my life.

We all want to become our own superhero, power up, and leave behind all the self-doubt that is holding us back. But it can be hard to know how to do that. I struggled with this for years. I had no idea where to begin. Every time I became aware of something that was limiting me, I felt crippled by my inability to change it.

But I was astounded when, after just one session of tapping back in 2006, I was able to heal from an agonizing eating disorder overnight. Since then, I have been obsessed with the ability of tapping to create serious, lasting change.

The results are nothing short of incredible. Tapping has been shown to decrease PTSD symptoms in veterans by 63% after only one session! Studies have shown that levels of cortisol (the stress hormone) can be decreased by 25 – 50% in one hour of tapping. And best of all, the results are enduring. The issue you tap on simply goes away.

MAGNETISMO is a year-long tapping program. In each video, we will focus on the theme of the month. You will receive two tapping routines: Letting Go, which focuses on clearing up old beliefs and limitations, and Allowing, which concentrates on amplifying your strengths so you can power up and make life happen.

Here’s a little sample of what you can expect:

January
Letting Go: Competition and comparison with others, feeling like you’re not enough, and trying to measure up to other people’s expectations
Allowing: A strong and centered sense of self, originality, risk-taking, and unabashed re-invention

February
Letting Go: Old connections that you are ready to release, grudges and resentments, jealousy of others, envy, not being able to feel happiness for others
Allowing: Deeper intuition and connection to your inner self, an expanded sense of your own creativity, and freedom to express yourself

March
Letting Go: The fear of how you are perceived, nervousness about taking risks, and not feeling “ready”
Allowing: Courage to be a beginner, stepping into your own unique sense of leadership, and fresh new starts in every area

May
Letting Go: Distraction, sadness, being overwhelmed and not sure where to begin
Allowing: Resourcefulness, ideas, a sense of adventure and a turned-on intellect

June
Letting Go: Being overly sensitive and competitive, isolating yourself
Allowing: Being romantic, compassionate and helpful

No matter how you dress it up, the fact is that you are responsible for your own happiness. Your life is your own — and it’s time to start acting like it. Tapping empowers you to be truly autonomous, to rule your own kingdom, and power up.

Magnetismo will help you demolish the obstacles on your path. You will no longer stand in the way of your own greatness. With my guidance, you will begin to move away from drama and negativity, feel more confident and powerful, cut out your bad habits, and radically reduce stress and anxiety.

What would your life look like if you were unencumbered by fear?

Darling, it’s time to tap into your power!

Q. What’s the format?
When you sign up, you’ll receive an email* welcoming you and giving you your login to the site, and then we’ll get started! Once you login you’ll see all the monthly videos, containing both the LETTING GO and ALLOWING tapping routines. The routines are filmed videos which you will do along with me.

* If you don’t, check your Spam and Trash folders! If there’s still no trace, email us so we can track it down.

Q. Do I need any supplies?
Absolutely none.

Q. I don’t know how to tap. This is all new to me. Is that going to be a problem?
Not at all. I will show you exactly how to do it in our first video together. It’s so easy, you’ll be a pro in no time!

Q. What if I’m already in therapy, taking psychiatric medicine, etc.?
Tapping is not a replacement for medication, psychiatry, or any other therapy you may be engaged in, but it can be a fantastic supplement. Please speak to your medical provider about any changes you are thinking of making!

Q. How do I pay?
With a credit card or PayPal account.

Q. What is your refund policy?
As per industry standard, I don’t offer refunds on programs that can be downloaded and viewed. That having been said, I have never had anyone ask for a refund! I’m absolutely confident that if you follow the tapping routines, you will experience massive shifts. 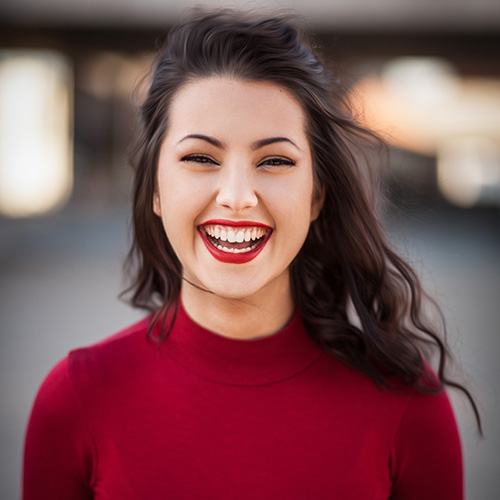 "I am becoming the babe of my dreams thanks to you, your wisdom, energy, guidance and the commitment you have to living your best fucking life! You have inspired me to get up everyday and cultivate my life in ways that inspire joy and alignment. And on that note, I'm gonna go to park, hot off this week's High Vibe Honey, and continue to work on my poetry book in the sunshine." 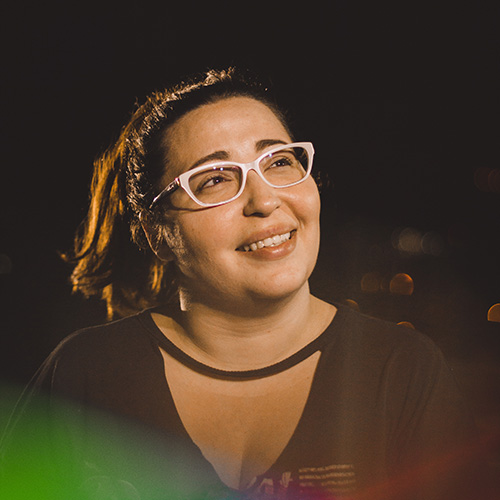 "Two years ago I started reading your book and following you... Last month at the age of 43 I felt for the first time insane amounts of love for my body. Thank you so much for helping so many women discover their inner goddess. It's changed my outlook on life!" 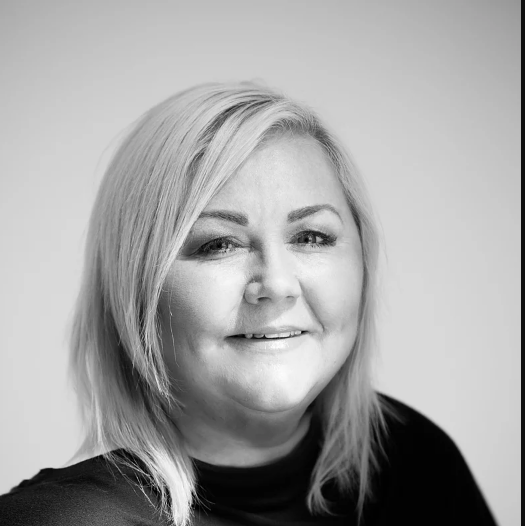 "Thank you so much for these, I can't even begin to explain how fucking brilliant tonight was ;) I couldn't think or speak for about forty minutes after we ended the conversation, in fact I even shed a tear or two. Thank you from the bottom of my heart, I truly feel as if there has been some big shift and I'm so grateful for the opportunity I had to speak with you." 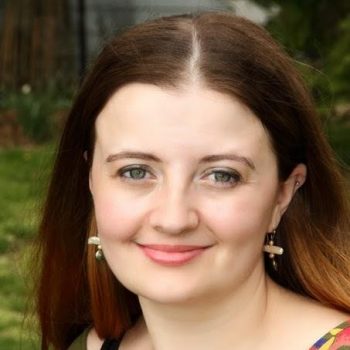 "Wow, I’ve done it! Life kinda got in the way so I’m only circling to watching the final video and doing the tapping now, but I am TEN days without sugar. I can’t believe it either. And I laughed out loud when you spoke about having your coffee without sugar… yes, me too, and I was like, “huh, what’s the big deal? this isn’t so bad.” Thank you for this class, it was inspirational and great.﻿" 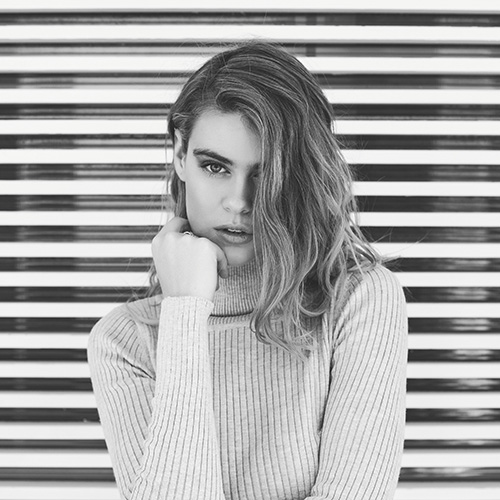 "I just wanted to tell you thank again for this course! I signed up on a whim. It’s really brought SO much to the surface. When I purchased it I thought I was just a manifesting money quick fix thing (deep down I knew it was more but didn’t want to admit it). Ive been confronting my old shitty money mindset and creatively transforming it and for the first time in my life LOVING it. Dave Ramsey has nothing on what you give through this simple email series." 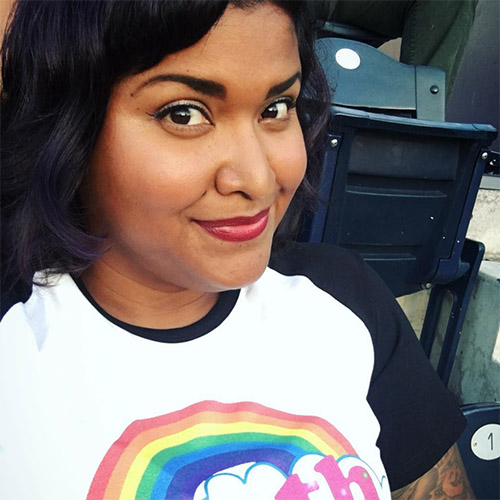 "I watched your live broadcast about abundance and did the tapping exercise to get in the right headspace to receive. Our landlords just raised our rent to a ridiculous amount. After freaking out and stressing about it, we decided to just go for it and see if we qualified for a mortgage. Within 24 hours we found a 2 Bedroom Condo, got pre approved, placed an offer, and it was accepted!!! This wouldn't have been possible if I continued to focus on what's NOT in my bank account. I want to say thank you!" 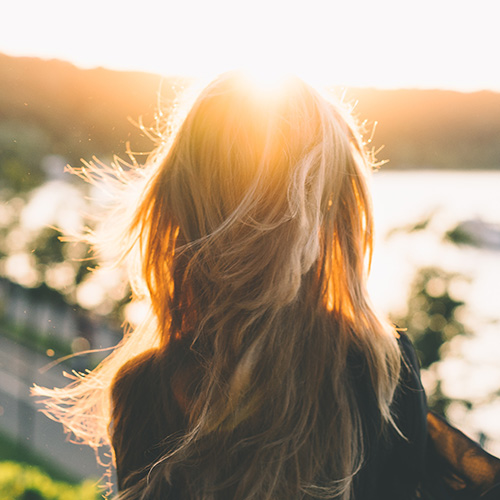 "I just wanted to let you know, I am enjoying and learning so much from this course! I am shocked to see how out of touch I have been with my mind set about money. I have been truly unaware of my thought processes. The insight your course has provided for me is so exciting!!! I would recommend this course to anyone! It's truly valuable. Also the tapping!! Just blows my mind, so great! Thank you." 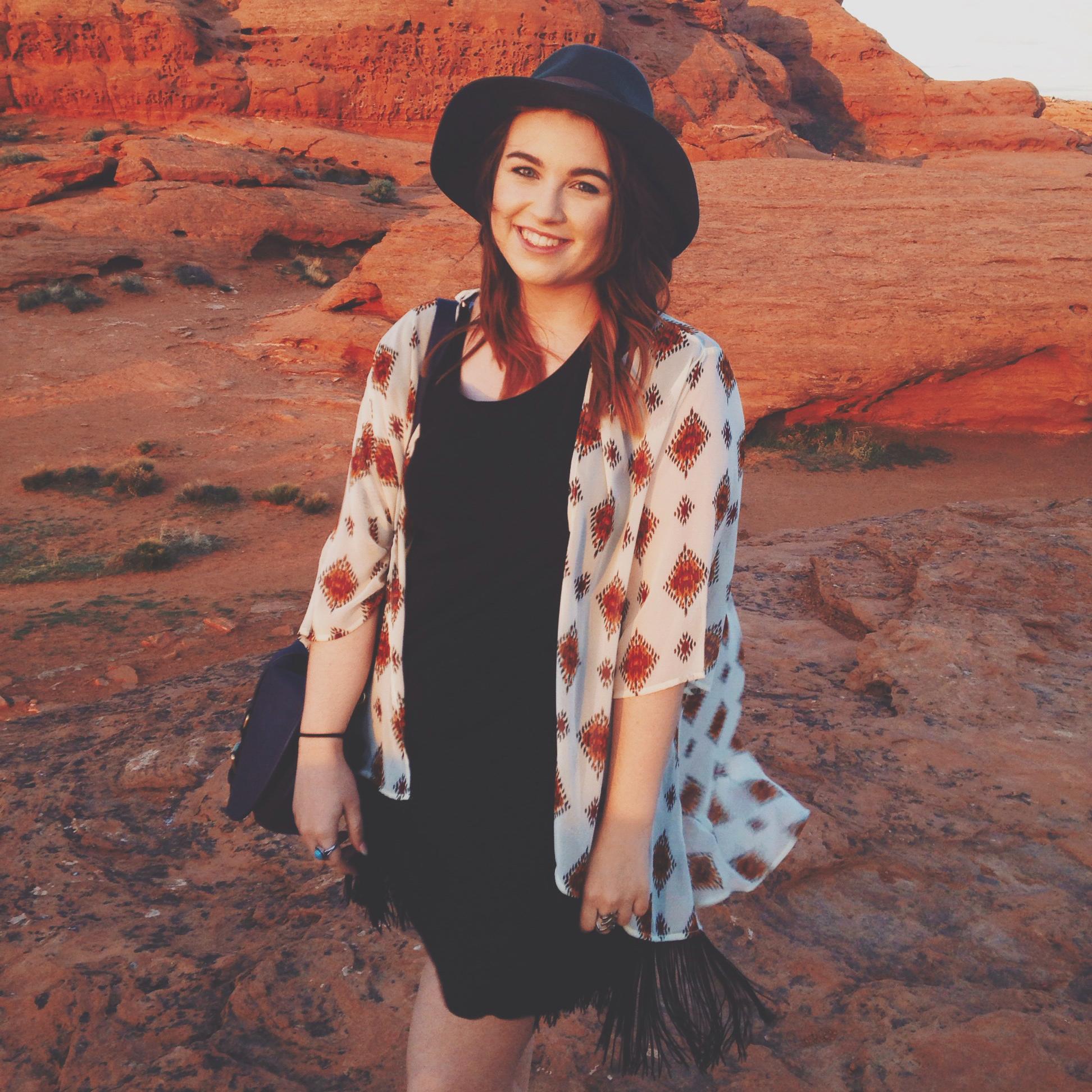 "Well, I decided this weekend that I needed to quit this horrible retail job for the sake of my mental health but again, started to panic about money. I had never really given manifesting or affirmations a true shot before but happen to stumble across Gala's Instagram story. I watched the video and did her guided tapping exercise. I felt so much negative energy and anxiety physically leave my body that I literally passed out & fell asleep afterward because I was exhausted. I kid you not, the day after I did this, I woke up to three inquiries from extremely high paying, soulmate clients and received two more later that day (and two more today that I had to turn down because there are only 24 hours in a day!). On top of that, my husband had an interview that same day and then today received an incredible job offer (that comes with a huge raise) as a result. It's only Wednesday! I've literally achieved more in 3 days than I have in the last 3 months. Because I took 45 minutes one night to focus on myself and my energy. I seriously feel unstoppable right now!" 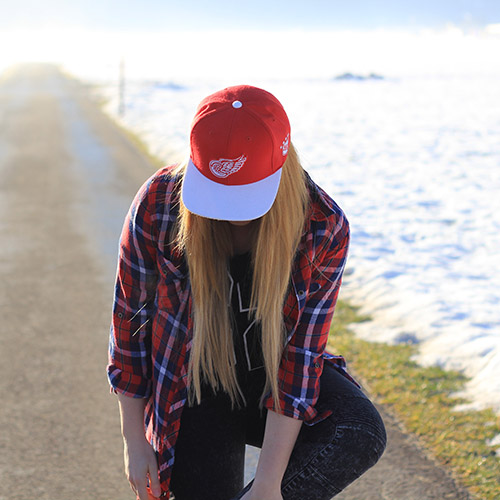 "Yesterday, after this tapping session, I channeled this feeling of trust in the universe; I felt peaceful and safe. This morning I woke up with a little ache in my heart, worrying about bills. I replaced that worry with gratitude. I got to work feeling fortunate. My boss walks in and pulls out his wallet and hands me $200 for "a job well done". I'm slightly freaked out by how incredibly real this manifestation is!" 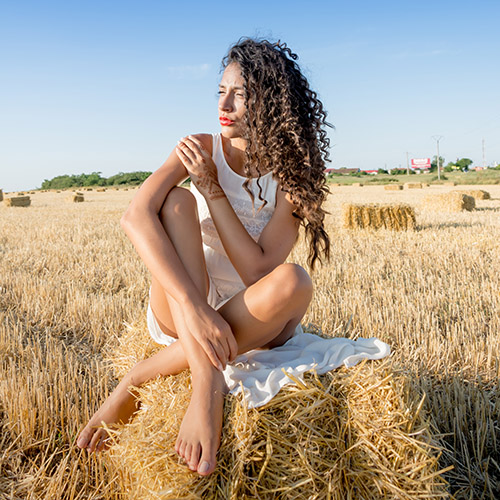 "Since starting Radical Rituals I've had 4 new prospective clients reach out to me! Then today, I received a call back from a corporate gig I did back in August. I'm their first choice for their DISTRICT WIDE wellness day. They want me to teach a few classes that day with possibility of future gigs... OMG it's happening!" 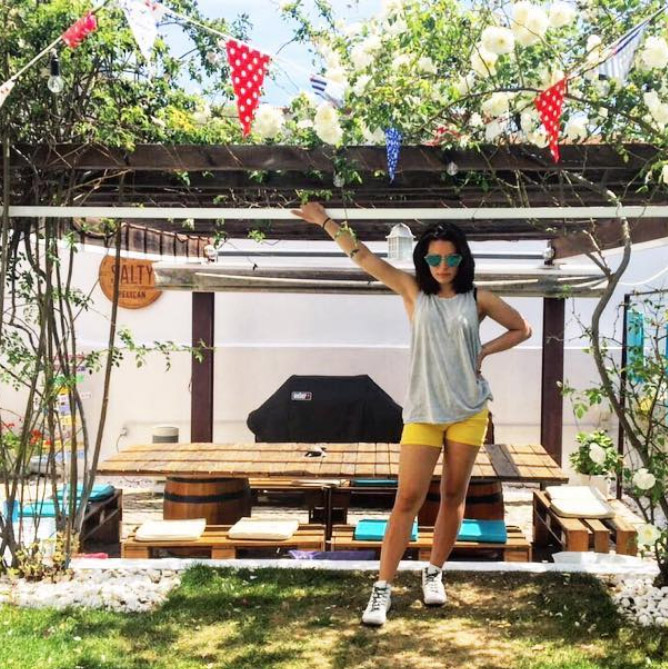 "Gala Darling's Radical Rituals Abundance course is INSANE. I love spiritual tools to help break through our blocks and this course is SO GOOD, already seeing my e-commerce store getting a MAJOR BOOST IN SALES IT'S LITERAL MAGIC. I honestly am in JOYFUL SHOCK!"