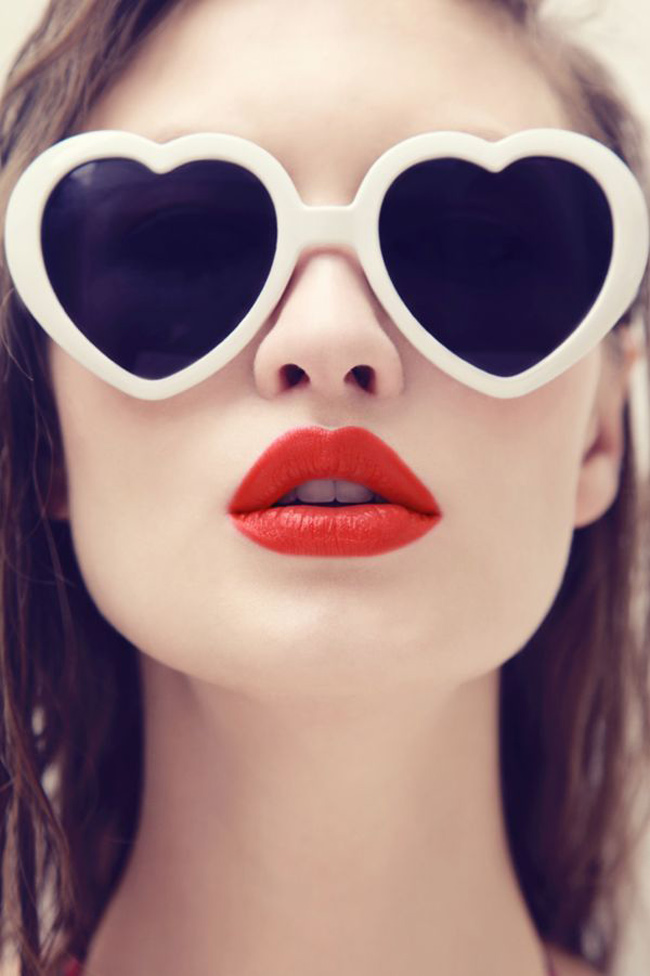 Some months are better than others, and I don’t know about you, but for me, August was a banger! There was a lot of really cool content created this month, too… Here are my favourite bits and bobs from around le web.

Madonna’s Diet Is the Hardest I Have Ever Tried. No huge surprises there, I gotta say!

“Even in the heart of middle America, housing seems to play a surprisingly small role in the successful pursuit of happiness,” Dunn and Norton write. “If the largest material purchase most of us will ever make provides no detectable benefit for our overall happiness, then it may be time to rethink our fundamental assumptions about how we use money.”

Rabbit went to a death cafe and had some conversations about the afterlife.

I’m always forced to reexamine the way I look at things when I read anything by Molly. It Don’t Gitmo Better Than This: inside the dark heart of Guantánamo Bay, is no exception.

40 Days Of Dating is an experiment between two friends… And it’s so cool.

I adore Lisa Devlin — both as a photographer and as a person — and I think you’ll love her post on why she’s not giving up.

If you’re obsessed with Orange Is The New Black or loved But I’m A Cheerleader (so good!), I’m pretty sure you’ll enjoy apartment hunting with Natasha Lyonne. And I can’t lie, I’m pretty excited that she lives in my neighbourhood!

Your worst case scenario is probably not that bad. Here’s proof.

Marriage can be awesome… But it can also be a wake-up call. Here are 3 things this guy wishes he knew before he got married.

James Altucher is an odd one, so it makes sense that he wrote 33 unusual tips to being a better writer.

Here’s how to build a career worth having.

Everyone says they want a virtual assistant, but when push comes to shove, sometimes we just don’t know what to DO with them! Never fear, here are 101 tasks to outsource.

Want to know how to get more money in your piggy bank? Start here.

Zooey Deschanel is awesome as shit.

“My theory is that people in this day and age want to dismiss things. So they want to be able to dismiss you,” Deschanel says. “They say, ‘You don’t belong, you don’t deserve this because here’s why, and let me find an intellectual argument for why you wearing pink or cuff sleeves or a bow makes you not worthy of your accomplishments. Everything you’ve done doesn’t matter because you wore the wrong thing or you speak in a way that’s feminine or you identify yourself as feminine.’ And I just think that’s bullshit. And smart people are doing it, and that’s surprising to me. I’ll give them being smart, but they’re being very shortsighted.”

I’m a bit obsessed with Blogcast FM. Check out Srini’s interview with Linda Siversten on the birth of books that lie within us.

Absolutely fascinating: Lings Cars and the art of persuading visitors to buy. Even if you have the ugliest design ever — on purpose! — the psychology of marketing is still effective!

Adoring this: 30 confidence vitamins to pump you up. Also, how to end your relationship on a high note. I love Alexandra!

Sarah Wilson has a guide to eating paleo in New York City. Even if you’re not paleo, this guide is helpful for anyone who wants to eat good, healthy food!

A fascinating voyage into the life of artist and mystic Brion Gysin and his legendary invention the dream machine, a device that projects stroboscopic light, provoking a “drugless high” and cinematic hallucinations.

Srini on truth, art and interviews.

Restaurants in Paris are taking their cues from California?! This is weird!

Aching to get away? Here are the 10 best wellness retreats for summer and fall.

International playgirls take note: here are 11 ways to get home faster if your flight is delayed.

Fascinating stuff… The Psychology of Color in Marketing and Branding.

If I had to leave Earth, I’d want to go and live on this pink planet.

This is probably the most epic Craigslist Missed Connection ad ever written.

Kirstie Clements, ex-Vogue, on size zero. Of course, it’s easy to denounce it once you’re not getting paid to promote it, no?

I enjoyed this… Toward a Theory of Creativity in Diverse Creative Women by Sally M. Reis from University of Connecticut.

Other explanations of why there are so few eminent women creators have to do with time commitments. Researchers who have offered historical explanations about the limited number of women creators argue that women were burdened with family responsibilities, child bearing, and limited educational opportunities. Contemporary researchers argue that creative women may have too many demands on their time, feel guilty if they attempt to do creative work in time that should be spent with their family, or in some cases, dislike working alone for the periods of time necessary for creative accomplishment (Callahan, 1979; Kerr, 1985; Ochse, 1991; Piirto, 1991; Reis, 1987, 1998). Some researchers have noted that the same years in which Lehman (1953) found the height of male creative productivity to occur characterize the peak period of women’s responsibilities to children (Reis, 1998). Some contemporary researchers have noted that in our society, exceptionally able women experience considerable stress related to role conflict and overload, which many reduce creative urges. (Ochse, 1991; Piirto, 1991; Reis, 1987, 1998).

Personality traits emerging from interviews or other primary source data included determination, motivation, various ways of manifesting creativity, patience, and the ability to take — and in some cases thrive on — risks. Determination was clearly exhibited by every study participant throughout her life. The ability to strive for success and to continue to work hard, sometimes under adverse odds, with or without the support of family, was evident in most cases. The participants explained their motivation and their creative processes differently. Some were certain it had developed from the positive role modeling of their parents. Others believed they developed their motivation because of their strong need for a purpose in life such as preserving the environment, being a successful female composer, or bringing theater to disadvantaged urban youth. Still others believe that their motivation came from a desire to produce, to leave a mark upon the world, or from the sheer joy of the creative act. Their creativity is also evident in their love for their work, the sheer volume of their work, and their persistent evolution into higher and more challenging talent forms.

You get what you expect!

I love this: The Hilarious, Poignant Humanity of eBay Auction Listings.

I worked with Ellie Brett — the Media Bombshell — and it was transformative. Her blog is full of useful stuff, too, like what’s the secret to giving a great media interview?

What a Supermodel Taught Me About Comparing Yourself to Others. “A few months ago, I walked in to my yoga class and discovered that the woman on the mat next to me was a famous lingerie supermodel. Gulp.”

Have you ever wondered why 11:11 pops up so often? A great video from Gabrielle Bernstein. So good!

Inspiration Point with Jonathan Adler is a new show. “Love and chakra-tingling shit” is the first episode.

Wow! Five Things You NEED to Know Before Buying a House.

It’s a prison. The white picket fence is the prison bars. The bank is the guards looking in. And the need to protect your family keeps you in a solitary confinement of guilt and anxiety and stress.

Fascinating: Do you have any interest in swapping eating for Soylent?

We should talk to strangers.

The so-called lies of lifestyle design (+ the secret truth about tim ferriss). So good… We’re very proud to have Justine Musk as a blogcadette! Justine’s post was in response to this, which is also worth a read.

101 fashion tips and tricks every girl should know. Some of these are completely genius!

I love Victoria Beckham. This profile is a goodie.

Ever wondered how success spoiled and saved David Bowie?

These alternate brand slogans cracked me up.

The true story of a seven year marriage is touching and true.

They Tried To Make This Pop Star Dress And Sing A Certain Way. She Refused And Said These Words.

Want to know what Valentino gets up to over a 24-hour period? Now you know. (Calling your closest friends to say goodnight is so cute!)

Carine Roitfeld has her own documentary now too.
This reading of hate mail is one of the funniest things I’ve ever seen!

We have only been in Santorini for two nights and already we feel irrevocably changed. It’s all about whitewashed everything, cobblestone streets, eternal staircases and the bluest oceans we’ve ever seen. I have wanted to come to the Greek Islands for such a long time and it is absolutely everything I thought it’d be… And […]

We touched down in the Greek Islands yesterday, and it’s my first legitimate holiday in ages. I cannot adequately express my happiness! Of course, a holiday isn’t a holiday without good tunes… So I created this mix to inspire Shauna, Kat and I to relax and have a great time! What can you expect to […]

Even though my whole purpose is around teaching women to love themselves, I am far from perfect. All the work I have done over the years has gotten me to a place where I’m able to point at images in media, say, “That’s messed up”, and not internalise it or apply it to my own […]

I’m obsessed with my bob, but sometimes it’s nice to do something different! On really hot days it’s such a relief to tie your hair up, but if your hair is short, sometimes the resulting ponytail isn’t so cute. (My husband refers to my ponytail affectionately as “the nub”.) Thankfully, even us short haired babes […]

We had such a damn good time on our Rent Patina shoot that I couldn’t resist sharing this behind-the-scenes video with you! Shot by Courtney Arcese of Love + Brain Films, it features gigantic arrows, confetti, disco balls, excited firefighters, spinning parasols, and more Pinterest-worthy moments than you can shake a stick at! Enough preamble… […]

Phew! I’m sitting in my office, staring out at a thunderstorm. I just unpacked my suitcase… And am starting to fill it up again! I came back from Austin on Tuesday and, as always, had a great time. In addition to teaching The Blogcademy to 30 enthusiastic babes, there was also green juice excursions, my […]

Everything’s Bigger In Texas… Including The Smiles!

When we told people we were going to Texas in August, they all — understandably — looked at us like we were nuts. I would typically make a joke about how it was “all the work of our friend from Britain” who clearly “had NO IDEA”, but actually, I think Shauna and I have to […]

Madonna… On Psychics, And Eyebrows

I’ve always been fascinated with Madonna. Her music, her image, her courage and work ethic all inspire me in countless ways. If you’ve ever seen either of her documentaries, Truth Or Dare or I’m Going To Tell You A Secret, you know that she’s a sublimely complicated and enchanting woman. So I had to laugh […]

We were just about ready to drop when Chellise said, “Come up to the roof with me.” Several flights later, we flung open the door and were greeted with a vast silver landscape, surrounded by the Manhattan skyline, Brooklyn’s iconic water towers, and thousands of miles of blue sky. The rooftop was painted silvery-white — […]