An American Bunny In Chelsea… 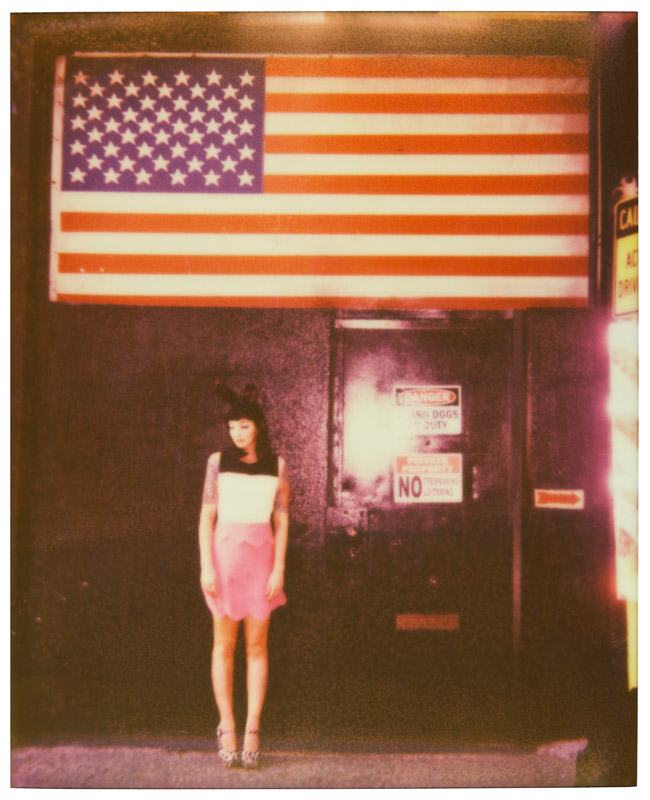 Things to do in New York City in September: Get dressed up, meet your friend at the Highline, walk around, catch up, & take pictures. That’s exactly what Adam & I did last Monday!

I have known Adam since approximately 2004, when he was the photographer on a goth-themed shoot for Pulp magazine. Somehow I was roped into participating, though I have no copies of the photos anymore. (It is probably a good thing though, since I was definitely in the middle of a “phase”: I would shave back my hairline — very Edwardian — & wear striped socks on my arms.) Adam & I became fast friends, & even despite the distance between us — he stayed in Auckland while I moved to Melbourne & later, to New York City — we have managed to remain in contact.

So it’s very exciting that he is here in New York City for the foreseeable future! We’ve been meaning to shoot something together for ages, & a couple of weeks ago, he showed up with two Polaroid cameras, & I showed up with a pair of leather bunny ears… 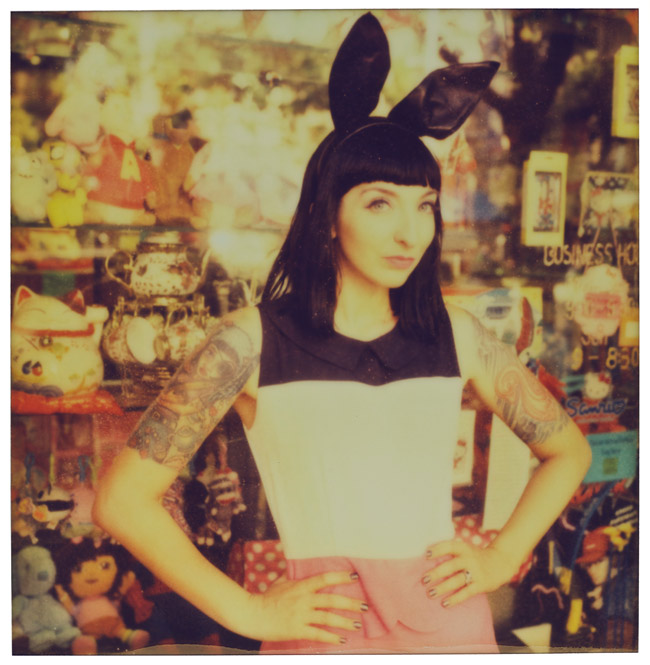 Black, white & pink dress by CBRL — I found this in a very random shop, it was marked down to $70 & I fell instantly in love!

This is probably one of the most simple outfits I’ve worn in ages, & I love it a lot. This outfit definitely personifies Eccentric Pop. It’s hard to go wrong with a cute dress, a killer pair of heels & something odd on your head! 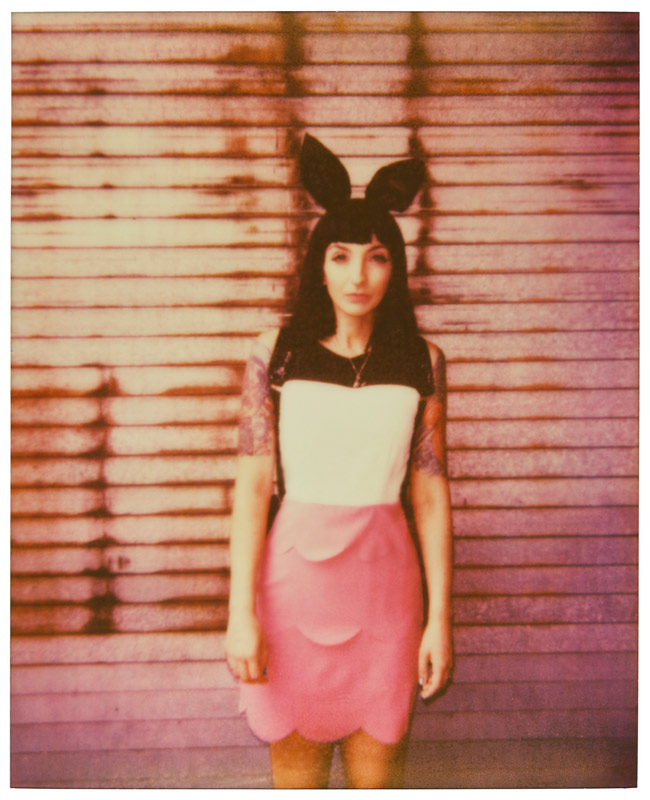 I love the contrast of posting Polaroids online. In these days of high-definition everything, it feels good to go in the opposite direction.

Not to mention, being shot with a Polaroid is such an intense experience. It’s very intimate, & you feel like you are really being looked at; it is totally different from the continuous click-click-click of a digital shutter.

Adam only shoots Polaroid these days, which is so fascinating to me. I love that idea of taking one thing & focussing all your attention on it: discovering how to get the most out of it, learning its limitations & then taking it to a new level! 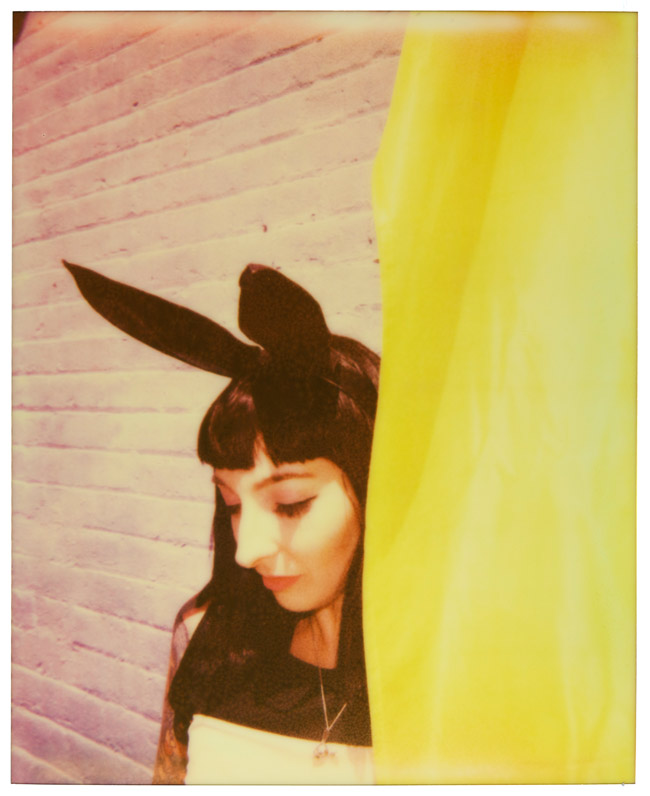 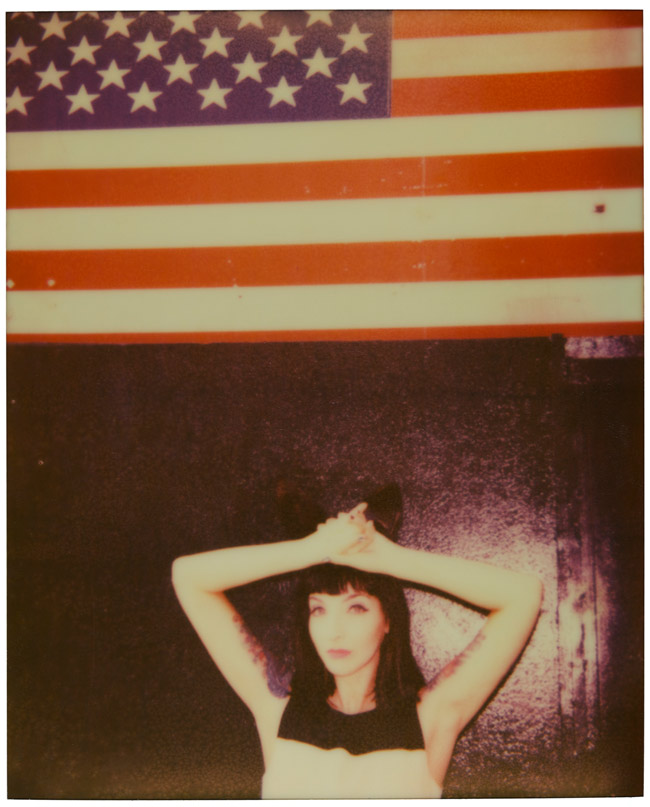 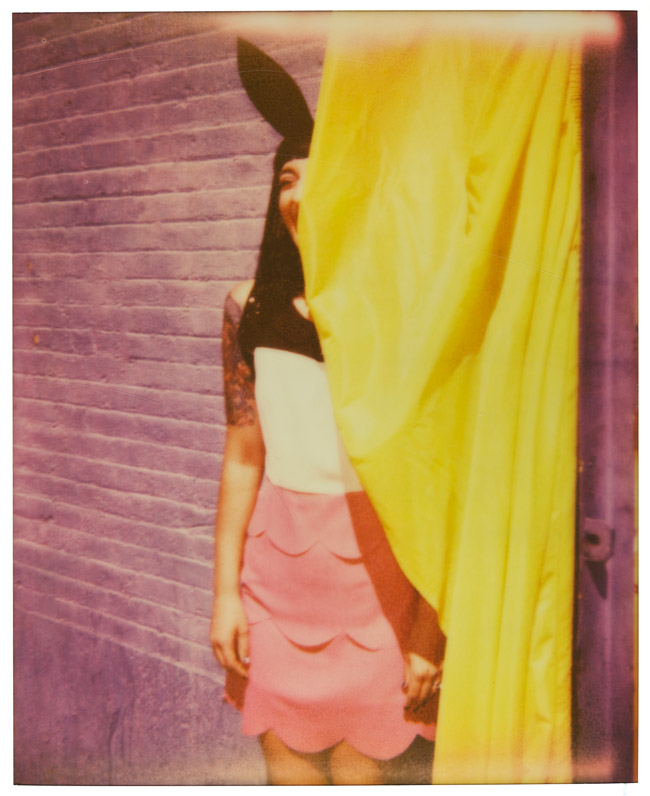 I’m so glad we were able to capture these shots as the summer started to withdraw! I encourage you to go out & take some end of summer photos, too. Next thing you know, we’ll need an extra layer every time we leave the house…