An Update From Zone B 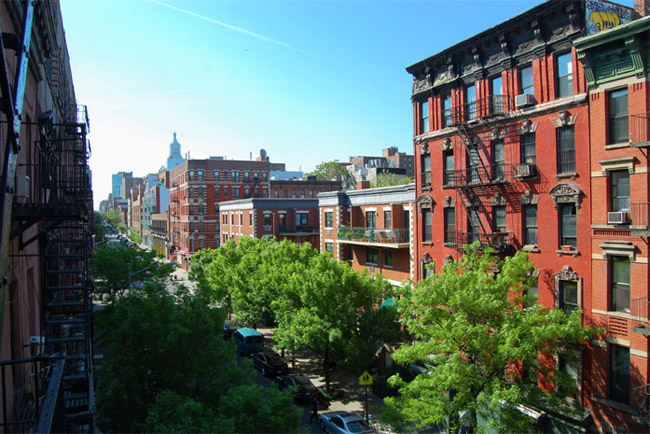 We’ve had power back for about a week. Showers, lights, heating, the whole nine yards. I swear, I’ll never complain about low water pressure again! We’re immensely thankful. But I wanted to let you know, for those of you who are not in NYC, that we are the exception rather than the rule.

Our neighbourhood isn’t looking too pretty right now. There are still massive piles of garbage on the street: some people have had to throw away every single earthly possession. The trash is beginning to really smell. Our nearest supermarket — which was thoroughly flooded — reopened a couple of days ago. I went in on Sunday, & immediately turned & walked out again. It stinks in there. I don’t know how they can be allowed to be open, when it’s still so filthy.

But we’re the lucky ones. For most people in Manhattan, life is starting to return to normal. The subway works. Our places of business are open. Our local coffeeshop is, once again, serving up soy lattes.

This isn’t the case for everyone. Almost 60,000 people are without power. Some of them are disabled, & stuck in their apartments, the stairwells pitch black. Looting & violence is rife. Schools have been transformed into enormous homeless shelters, & conditions are terrible.

It’s really easy to change the channel, to pretend this isn’t still going on, that NYC is back on its feet & everything is dandy. But that isn’t the case.

Instead of sitting around & feeling useless, which is how most of us have been for the last week or so, here are five ways you can help out.

You can buy supplies for Occupy Sandy through their wishlist. As you can see, most of their needs have been met, but not entirely. You can also donate money, & consider giving some to New Jersey, too! They were hit REALLY hard.

If you’re in New York or New Jersey, simply ask your neighbours if they need anything! Our landlord gave everyone in the building a space heater once we had power back, but when the boiler was fixed, we were left with a surplus heater. We donated it. Your neighbour might have a family member who could really use extra blankets or toiletries. Just ask.

Let people know about the free housing being offered through Airbnb. Almost 1000 people are offering a room in their house to people left homeless by Sandy, which is such a beautiful thing.

…And once the clean-up is over, the only thing left to do is rebuild. If you know any construction workers who could volunteer their time, please let them know that they are needed!