Are We Making Ourselves Targets For Predators? This App Can Track Your Every Move… 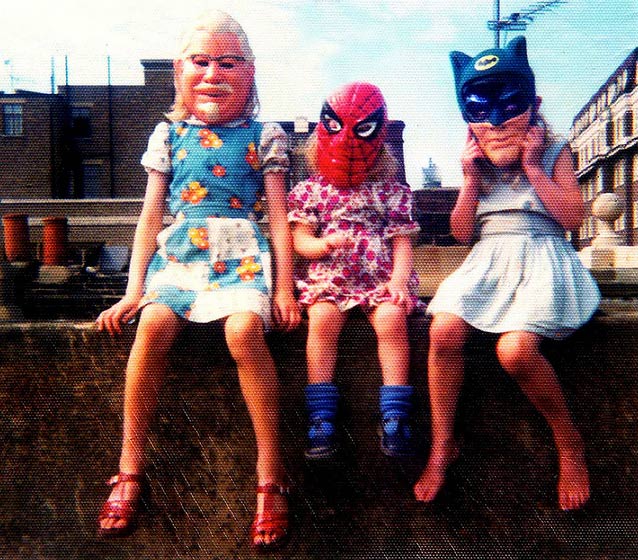 When I tweeted this link — This Creepy App Isn’t Just Stalking Women Without Their Knowledge, It’s A Wake-Up Call About Facebook Privacy — this afternoon, it clearly struck a nerve. It was retweeted like mad, & spread like wildfire.

If you haven’t read the article yet, you should. If you’re pressed for time, here’s the gist: there’s an app called Girls Around Me, which plots, on a map, women who are in the area. Each woman is displayed on the screen as the shadow of a pole-dancer, & if you click on one, it brings up all kinds of information about her. Her name, for example. Her age. The names of her family members. Any & all photos tagged with her name on Facebook. Most crucially, it says her exact location, & what time she was there.

As the writer of the original article said,

This is way less creepy than Banjo, which only requires a geotagged tweet, instagram pic, or a 4square/facebook checkin (facebook in the case of friends only of course, unless it’s public) to see people ’round you. And they aren’t aware either. Plus it’s free.

If that doesn’t give you the fear, I don’t know what will.

The problem here is not just that apps like this exist, & that they can clearly be used for nefarious ends. Nor is just the fact that there is an audience for this kind of app, or that there is a demand for it. The problem is that we make our personal information available to the general public, often without a second thought. Widespread, massive use of the internet has encouraged us to be incredibly visible online, in a way that we would have been hugely uncomfortable with 10 or 20 years ago. But it’s so widely accepted that these days, few of us consider placing boundaries upon what we share.

Way back in the early days of the internet, we used to be afraid of creepy men in chatrooms. These days, we laugh at them & move on. But now, when we can actually be tracked by physical location, it’s a whole other story.

How can we keep ourselves safe online?

Don’t use Foursquare or Facebook to track your physical location. Don’t “check in” to businesses, clubs, gyms or other locations. If your friends tag your location via Twitter or Facebook, ask them to remove the post. I always do!

I had a scary moment a few years ago when I announced that I would be at a certain location, & someone I didn’t know from the internet showed up to meet me. Thankfully, the girl was really lovely & sweet, but what if she hadn’t been? At that moment, I instituted a new policy: I never tweet about where I am. I will only ever mention it once I am in a cab, far, far away, or better yet, at home.

Check your Facebook privacy settings. You probably don’t need the contents of your profile to be available to the entire world, & think about what you’re sharing. The truth is that even though Facebook can be fun to use, a lot of us are totally unaware that OUR PERSONAL INFORMATION is how Facebook makes their money. Yep, they sell it to other companies, who are able to use it for whatever they please. Once you put something on Facebook, it is no longer your property.

Think before you post! Does everyone REALLY need to know that you’re at x coffeeshop or y boutique? Probably not, & if you DO still have the crushing urge to share all this stuff, wait to post it!

Don’t share your birthdate, your phone number, or any addresses on Facebook. Even if you have this information set to “Friends Only”, databases can be compromised.

A blogger friend of mine once had a “fan” appear at her workplace. Scary, no? That’s not all: the “fan” was waiting at my friend’s desk when my friend came back from lunch. The receptionist had let the girl through, thinking she was simply an acquaintance. The “fan” had brought my friend a gift: a live goldfish in a glass jar. My friend, who was totally thrown off by this whole debacle, very politely declined the gift, & when she left work at the end of the day, saw the jar smashed in the middle of the parking lot.

Stories like this sound like urban legend, but unfortunately, they’re not. This kind of thing could happen to ANYONE.

Amazingly, as I was writing this article, Foursquare removed Girls Around Me’s API access to their data, which effectively kills their app. More details here. But just because this app has been squashed, that doesn’t mean your information is safe, or that there won’t be more apps like this in the future.

I don’t believe in scare-mongering or making women fearful of strangers in the shadows, but I DO believe in being an informed user of technology. There’s nothing wrong with using Facebook & sites of that ilk, but we do need to be mindful of how we use them, & what we disclose.

There are always going to be predators out there, but there’s no point in making it easier for them! Please be thoughtful about what you share online, & of the repercussions.