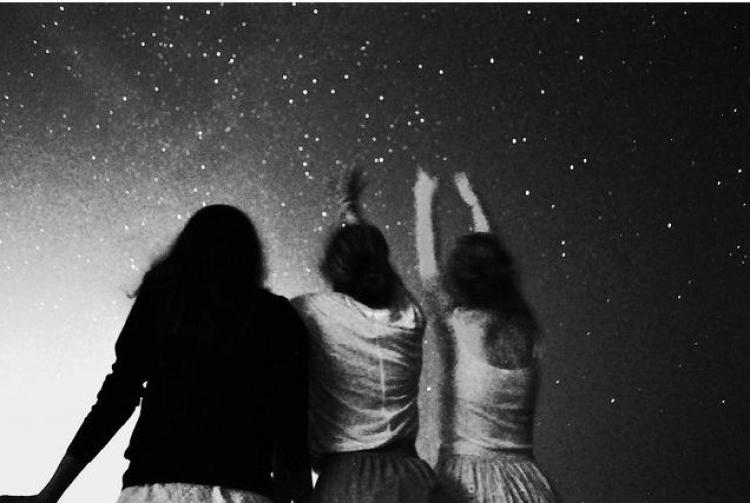 Where do I even begin when it comes to talking about the AstroTwins? I’ve known these raunchy Sagittarians since I first moved to New York City, and our friendship has gone from strength to strength. From psychedelic ice-cream trips in the Mexican jungle to late-night karaoke adventures on the Lower East Side, I always know that when I spend time with them, the laughter will flow thick and fast, and I’ll go home feeling more illuminated than I did.

When I first started dreaming about Radical Self Love Coven, the AstroTwins were the first people that I knew I wanted onboard as teachers. I learned how to read astrological charts from them firsthand last year in Tulum, and they made it so easy — and so much fun! — that there was no question that they were the right babes to teach the astrology segment.

And that’s exactly what the Coven will be learning in September: how to read our own — and other people’s — astrological charts. Before I learned to read charts, I thought astrology was cool, but I could take or leave it. Being able to read a chart changed everything for me. The proof became irrefutable. I am so excited for my fellow witch babies to have the same experience!

Now, without further ado, here are the AstroTwins in their own words, talking about why astrology is awesome and why it matters.

1. Tell us who you are and what you do.
We are professional astrologers and horoscope columnists for ELLE Magazine, Refinery29, Audible and other places. We started our website Astrostyle.com in 2002 and it now reaches millions of people monthly with daily, weekly and monthly horoscopes. We have also written four books about astrology, including a parenting guide (Momstrology) and an astro-encyclopedia about the men of every sign (Love Zodiac).

2. What was it that drew you to astrology? What is it that keeps you interested in it?
We’ve always been fascinated by what makes people tick, probably because we are twins and since the womb have been “in relationship” with another person. We started learning more about the zodiac signs while studying art at The University of Michigan, and found that people really fit their signs. Ophi’s college boyfriend got her chart done as a gift and it was so damn accurate that we were hooked. From there we started doing friends’ charts and the obsession took hold. What keeps us interested is that there is an endless amount to learn (which our Scorpio moons love), and that astrology is such an incredible tool for understand the psyche, motives, behavior and personalities of people. It’s like walking around with X-Ray vision or a magic decoder ring.

3. What’s the first thing you would tell someone who is interested in astrology?
Practice! Start reading about the signs then matching them up with people you know. You’ll get a sense of the profile as you see patterns and common traits. If you’re skeptical, do your full chart (you can do a free one on our site here). Once you know your moon sign and rising sign, you start to get an even fuller picture of who you are.

4. Is there a common misconception people have about astrology? What do people think and what’s your perspective?
There are many, chief among them that we are victims of the stars rather than co-creators with the cosmos. But a big one is about compatibility. People say, “Oh, I’m an Aries, and that’s a fire sign, so I should date or get along with other fire signs.” No. Once you understand astrology, you have the tools to get along with anyone, because you get how they operate and you can create a dynamic that works, rather than creates conflict. Of course, some people would say that’s manipulative, but we’re not suggesting you change your personality or dim your shine so others feel comfortable. It’s more of a “live and let live” attitude, which empowers you to accept others for who they are… and aren’t! 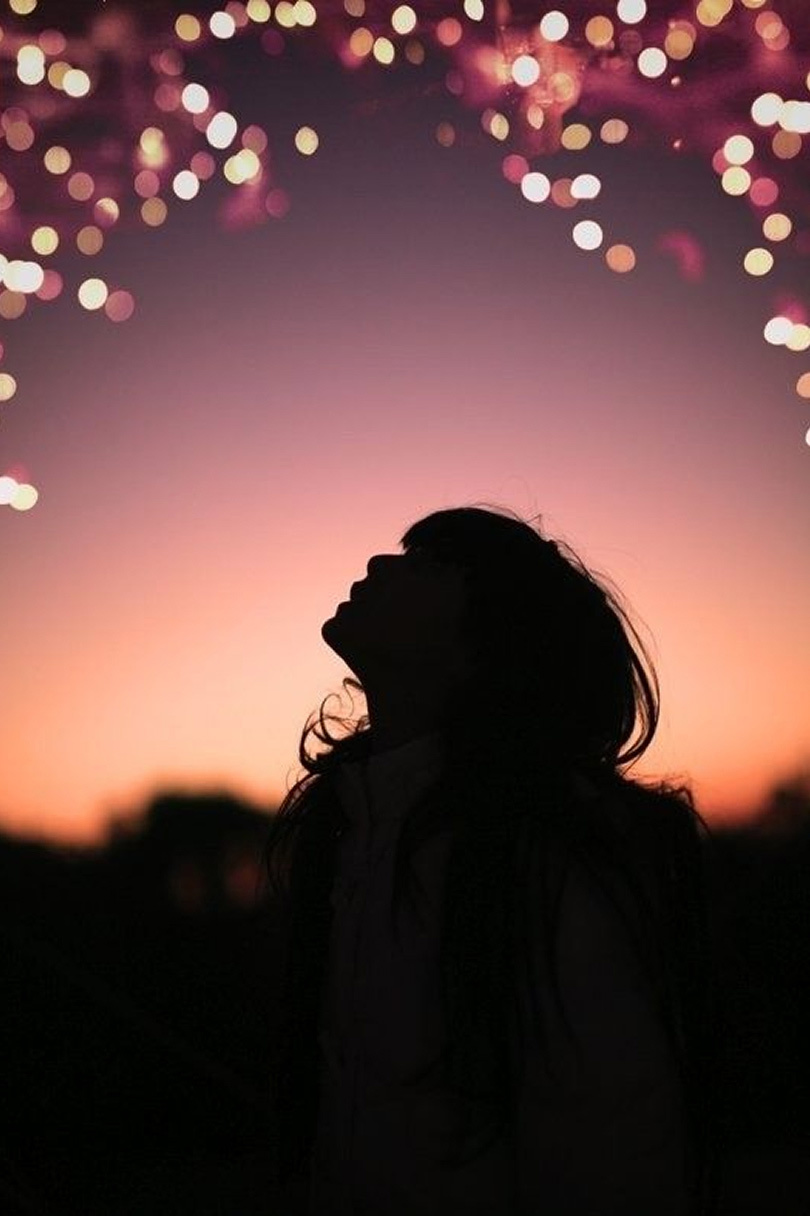 5. Can you give us one example of a time when astrology really helped you, or produced amazing results?
A recent concrete example led us to quadruple our monthly revenues! We tapped into the wisdom of Saturn, which helped us exercise patience and persistence that we don’t naturally have. We are Sagittarians, and Saturn, the planet of structure and self-discipline, in our sign from 2015-17. Prior to this cycle, we wondered if we’d have to do some business revamping when Saturn arrived, and like clockwork we hired some pros to help with stuff like SEO and business development—things we had always done ourselves. It was scary, but we bit the bullet and invested. We had to be patient (Sags like instant gratification) but after a few months, our business made a quantum leap into this new level of stability and profitability. If we didn’t know about Saturn, we probably would not have made this investment, because it’s not the way we usually operate. But we are so glad we followed this cosmic coaching.

6. How can astrology enhance people’s lives?
For one thing, it’s an incredible tool for planning—you’re in tune with the cycles and you can swim upstream instead of fighting the tides. It’s also an eye-opening roadmap to self-awareness. The astrological chart is like the owner’s manual they say people don’t come with. It also creates a sense of certainty or security, minimizing the scary unknown that really keeps people stuck because they are afraid of making a mistake or a wrong move that will f**k up their whole lives. And we get it! There is a lot of stake, and people can’t afford to waste time in the wrong job, relationship, town, etc. But how do you know if it’s wrong or right? These are all questions that can be illuminated and guided by knowing astrology.

7. Do you believe that we create our own destiny and our own luck? How does astrology play into that?
Absolutely! We always have free will and are never victims of the stars. Even when a difficult planetary event occurs, we can still choose how we’ll react and respond to it. Will we implode or will we rise to the challenge and gain wisdom? Our hairdresser has a little card at her station that says “Falling down is part of life. Getting back up is living.” The stars are always giving us another chance to pull ourselves up and evolve our souls in the process.

8. What’s the best lesson you’ve learned from practicing astrology?
SO many, but one of our favorite parts of the chart are the destiny points, called the North and South Nodes. We are obsessed with teaching people about these because they bottom-line your purpose on the planet, and reveal what you were in past lives. The nodes have taught us that sometimes, the thing that you’re “naturally” good at is NOT the thing you’re meant to do with your life. Like if you’re a whiz at math and science, you may not actually feel fulfilled if you become a computer engineer. It could actually be something you did in many past lifetimes, so if you do it again, it’s like going back to high school even though you’ve already earned your spiritual PhD in this topic. So the best lesson is: challenge yourself! Life is not about coasting along and taking the easy road all the time. It demands courage, stretching ourselves and leaping over gaps to expand our comfort zones. We all have a karmic purpose and the adventure of life is discovering it. Astrology is one heck of a helpful map to take on your personal “hero’s journey.”

P.S. Radical Self Love Coven closes in just a few hours! If you want to join us, this is the time! See you in The Temple…

« How To Use Crystals For More Love, Creativity, And Abundance!
Live Without Fear And Fall In Radical Self-Love… My Interview In The Hay House World Summit! »