Bags & Wallets Which Make Me Coo 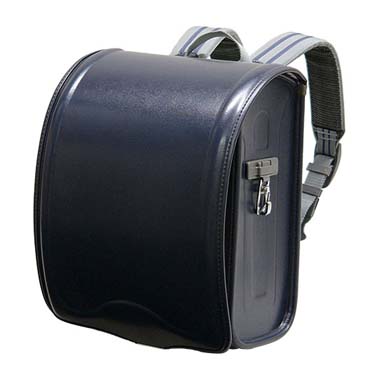 I usually loathe backpacks, but Hideo Wakamatsu’s Randoseru backpack has changed all that. Apparently it is in the style of bags which Japanese children wear to school. I love it! It’s so sleek but the shape is so odd, & it looks like it would fit absolute piles of stuff in it. (I like my ‘stuff’ on me at all times.) It is not cheap & quite frankly I don’t know how well I would be able to work a backpack into my wardrobe, but it sure is cute.

Janine King’s Inked laptop bag. This is also available in brown. It’s a bit SuicideGirls-esque but I like the loud print & the subject matter. Naked girls, yay! 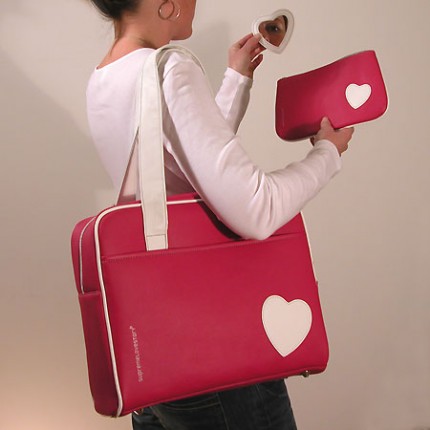 Heart tote bag with removable laptop sleeve & matching makeup bag & mirror! Sure, it’s $175 but it’s really, really cool. It’s hot pink & vegan! I can’t believe how many different things come with it — I adore a complete set. I also think it would hold a massive amount of stuff. I can’t vouch for the quality, but I assume it’s pretty good. 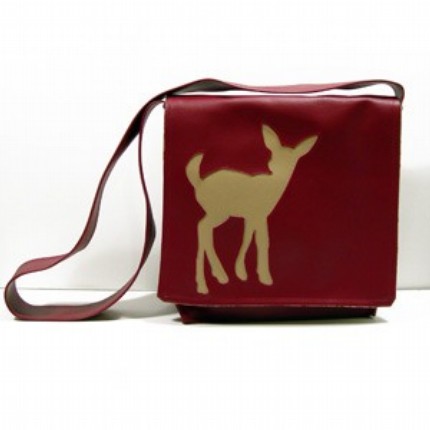 Fawn vinyl messenger bag — dark red & a miniature price of $45. It’s funny how these things come into fashion — whoever thought owls, squid & deer would be trendy? But they are, so if you “liked them before they were cool”, you’re in consumer heaven. 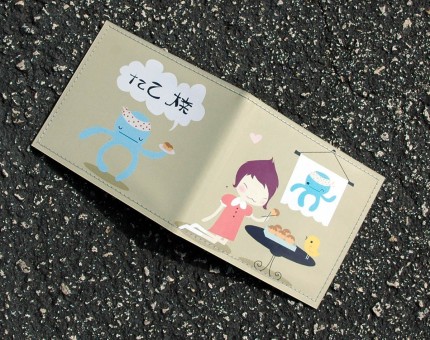 Helena Garcia for Tinymeat wallet — $14. So so cute. Apparently this wallet tells a story about octopus fritters, or something, which is some kind of delicacy in Japan. Whatev! It’s great. 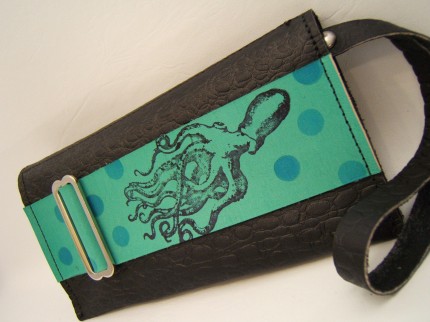 Squid folding wristlet/wallet. $32 & way too awesome. Apparently a few days ago a giant squid washed up in New Zealand — if they made squid rings from it they would be as big as tractor tyres! Oh my god! I don’t like eating squid but I think they look pretty neat. Which is why I am glad this has an image of a squid as opposed to being made of meat. Yes. 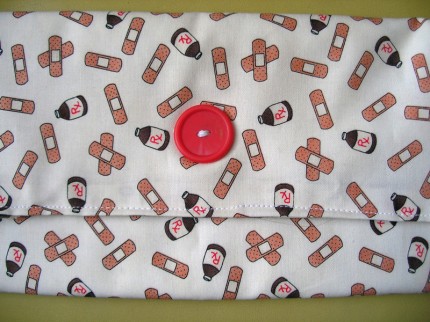 Valley of the Dolls clutch. Best fabric ever! $20. Couple with some medical apparatus, a big wig & white shoes. Perfection.

What is in the average Japanese person’s bag?

What’s in your bag? — the Flickr group. I would like to do posts about what’s in my bag but I don’t leave the house very much. Seriously I am actually a hermit in a cave.

A handbag full of personality & an article of questionable merit.