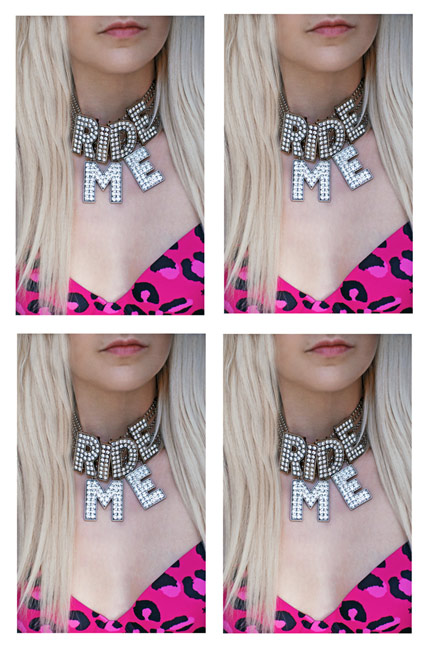 How my bicycle love affair began…

My friend Sarah Wilson, who I adore, started writing about bicycles on her blog a couple of months ago. She is a major advocate for getting on yer bike, & it’s awesome! Great for the planet, & even moreso for our bodies.

But here’s the thing… In order for me to become truly interested in something, it has to be presented in a glamorous, kinda sparkly way. Otherwise, typically, I just glaze over. I am truly part of the Magpie Generation (TM). So I have enjoyed Sarah’s posts, but didn’t pay them much attention, even though she clearly kicks major ass on her bike.

But about a month ago, I discovered that Kate Spade & Adeline Adeline had teamed up to create a beautiful, beautiful bicycle. I stumbled upon this video quite accidentally, & it changed my entire world.

I am not kidding. Can you believe you just saw that with your own two eyes?! Who could resist that? What a vision! I instantly tweeted, New goal: Look that cute this summer.

I wanted to wear cute dresses & cycle to & fro! I wanted a basket & a bell! I wanted to ride to my favourite juice joint (The Juice Press on 1st & 1st) & along the East River & be a-dor-able!

With that, the great bicycle hunt began… 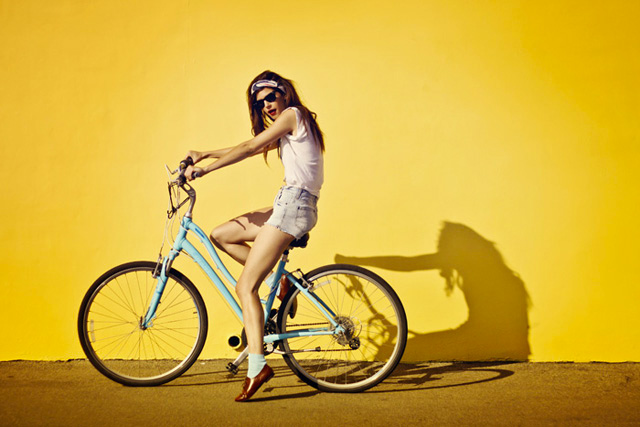 Similar to the way I shamelessly cruise other people’s dogs, I started blatantly eyeballing the bicycles of random people all over New York City. I looked at them with a mix of envy & admiration, thinking, ‘I want to join your cluuuuuuub!’

It’s like anything else: the more you think about it, the more you notice it. Have you ever paid attention to exactly HOW MANY bicycles there are in Manhattan? It is verging on obscene!

I had lots of requirements for my bike. As much as I love vintage cruisers & their immaculate styling, Mike, ever the voice of reason, made me realise that they are totally inappropriate for my lifestyle. I live in a walk-up building & it was really important that I could get my bike up the stairs easily! (I also knew that if my bike ended up being difficult for me to maneuver up & down several flights, it would just languish in my apartment, unused, & eyeing me guiltily every morning. What could be worse?!)

I grudgingly came to the conclusion that a folding bike was the most practical (boo, hiss!) route. I did some browsing online & all the folding bikes looked so boxy & ugly! It made me really sad, but I kept searching.

My obsession reached fever pitch on a Sunday morning, when Mike — who mostly keeps me in check — was upstate, racing his motorcycle. I hit up Google again, leaving no stone unturned in my search to find something I liked the look of.

Suddenly… What’s this? A non-boxy, almost-vintagey folding bike? The Dahon Briza, you say?! As soon as I read “the low step frame design is perfect for summer days & sun dresses”, I knew I was onto a winner! I looked up dealers & started calling around to see if anyone had it in stock. When I found one who did, I threw on a crazy, inappropriate outfit, & hotfooted it across town to have a gawk in person.

The display bike was beautiful, but it was also an unfortunate shade of beige, so I asked them to order me a black one, instead. A little under a week later, I was the proud owner of my very own Briza!

I also ordered a cute basket to snap on the front. I knew I would need one for keeping odds & ends in. The Briza actually has a luggage rack on the back too, which is so brilliant! Even before it arrived, I was envisioning Betsey Johnson’s signature fluorescent shopping bags strapped to the back fender! This is the stuff dreams are made of! 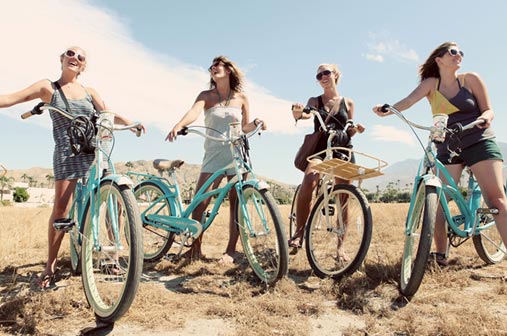 Okay, let me be perfectly honest: as soon as I got the phonecall that my bike had arrived, I kiiiiiiiind of broke into a cold sweat. Reality sunk in. Was I really going to get on a bike & pedal my way around a city filled with demented cabbies, mostly-blind tourists & enormous delivery trucks?

I walked my Briza out of the front door of Metro Cycles & across the road. I found a quiet little street with a cycling lane (!), adjusted the seat, hopped on & started pedalling.

As I flew — okay, rolled in a leisurely fashion — along Grand Street, I began to smile. The twinkle on my face grew wider, & before long, I was grinning maniacally all the way home. No understatement: I have been having such a marvellous time riding around on my bicycle! Because I live right next to the East River, my first real ride was along the East River Promenade, up to 42nd Street & then down to the Williamsburg Bridge.

The Promenade is a hive of unusual activity on a sunny day. I saw a man doing yogic headstands, a girl having a picnic with her chihuahua, a man playing the trumpet in a park, lots of people fishing, lots of people running, & lots of people cycling. The subway trains rumbled across the bridge & the Empire State Building loomed behind us. It certainly wasn’t Santa Monica… but then, we like it that way.

The weather has been unseasonably wet & gross lately, so I haven’t been out riding as much as I thought, but once the sunshine comes out again, I can’t WAIT to fling my leg over my bike & go pedalling! 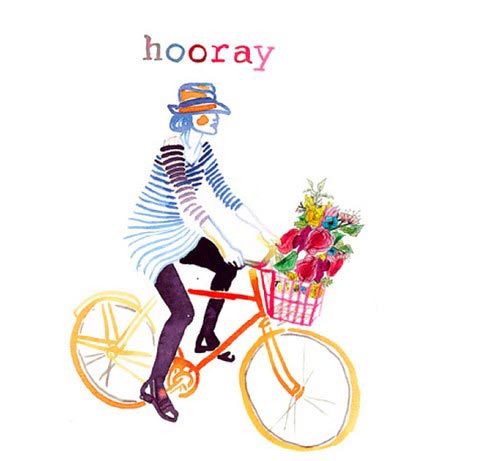 May is Bike Month, which is such a fortuitous coincidence! I am so excited to have joined the ranks of bicyclists in NYC, & I want to encourage other women to try cycling & see how they like it. It is the ultimate freedom, much less scary than I first thought, & such a wonderful way to get around!

New York City is a great place to cycle, too. It’s super-flat & there are bike lanes for days. It’s lovely to ride the streets, rather than being crammed into a subway car or trapped in the back of some homicidal maniac’s taxi!

I want to form an all-girl bike gang like you wouldn’t believe! Next up: my take on cycling in style, dresses on bikes & riding in heels! (Fingers crossed for good weather, so I can actually take some pictures!)

« Like A Kawaii Kelly Bundy: My Adventures In The World Of Japanese Manicures!
“Big In The Blogosphere”: My Appearance On TVNZ’s Sunday! »