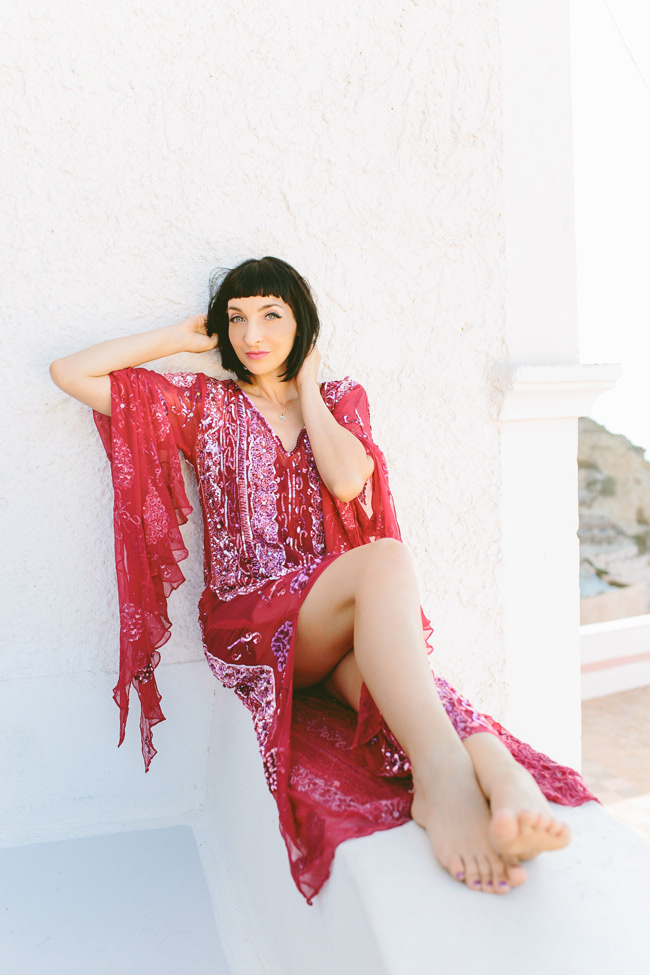 Some girls get excited about birthday cake. But I’ve discovered that a birthday kaftan is more my style…

I bought this insane piece on eBay, or as I like to think of it, the ultimate treasure trove. I discovered it in the middle of a late night eBay trolling mission, where I had been sitting for hours, rapt and scrolling. When this little beauty appeared on my screen, I almost choked with excitement, and quickly I emailed my co-conspirators.

The reply from Kat and Shauna was almost instant. “Well, you are turning thirty… Go get it!” 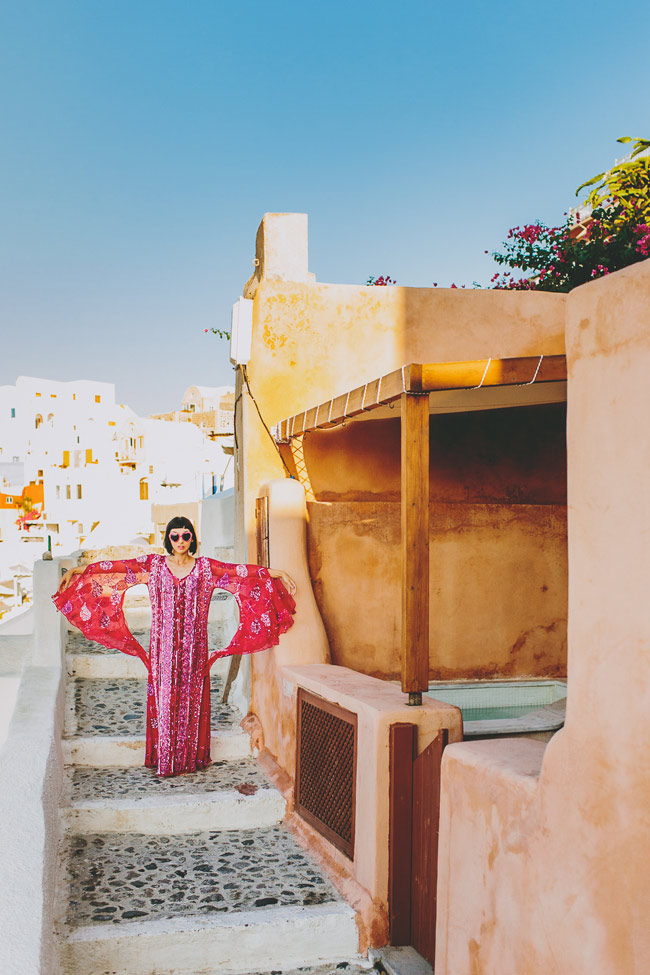 In the listing, I couldn’t quite grasp the scope of the drama of this thing. But when it turned up at my house, I was a little intimidated. It weighed a ton, and the beading was even more intricate and gleaming than I had imagined.

…But it was my birthday kaftan after all. And so I packed it into my suitcase, and set off for Greece. 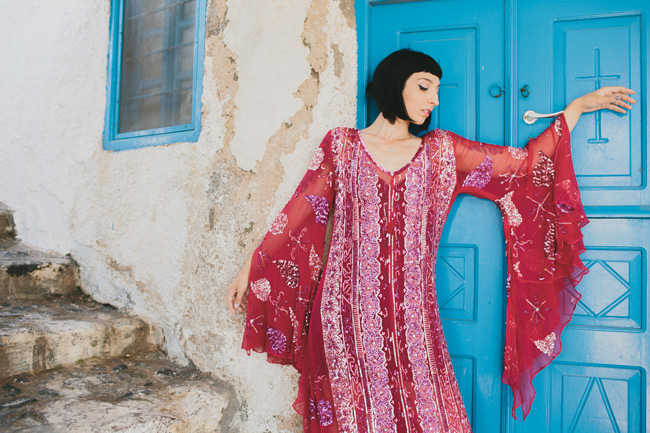 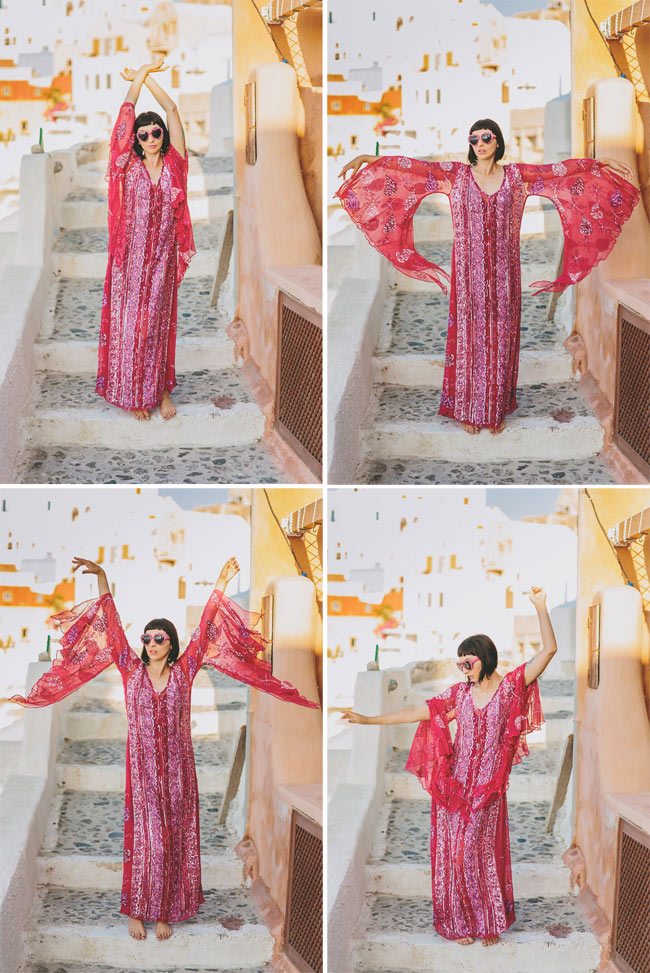 It turns out that Schiaparelli pink makes a perfect union with the azure blue of the Grecian sky; that extravagant bell sleeves are just as fabulous today as they were in the 1970’s; that there’s no better garment than one which leaves a trail of sequins in it’s wake. 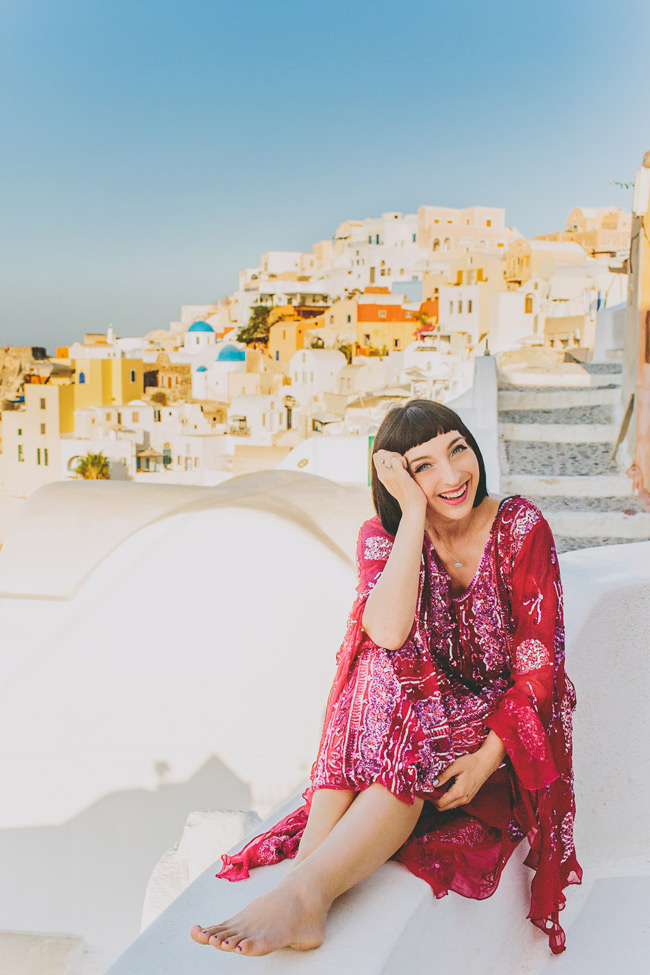 I haven’t regretted switching out a cake for a kaftan for one single instant. What a glorious thing.