Black In Fashion: Mourning To Night 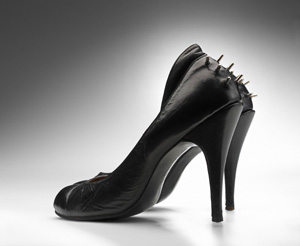 Shoes by Vivienne Westwood:the jewel in the crown of the exhibition.

Last night I was one of a few hundred guests invited to attend the opening of Black In Fashion: Mourning To Night at the NGV. (Thank you so much, Kitty!)

As we walked in, I spotted our friends Nicole (of Circa Vintage Clothing fame) & her husband Tim. We stood about discussing what we might see upstairs & our expectations of the event. Oh, okay — honestly, Nicole & I discussed that stuff & Simon & Tim stood there looking attentive & being charming! Waiters passed around trays of hors d’œuvre & your choice of white or red, champagne or San Pellegrino flavoured drinks.

The organisers let us all percolate in the foyer for a while, & then the lights changed & someone clambered up onto the podium. Speeches were given (the usual “thanks to our sponsors & curators who did such a good job” etc.), & then fashion journalist Marion Hume grabbed the mic & proceeded to entertain as well as wow us with her vast knowledge of all things fashion. (Marion Hume is a very interesting woman: she edited Australian Vogue for 18 months, & after she used its glossy pages to dress down — rather than deify — Australia’s top designers, she was given the boot.) As she spoke, she swung between eras, taking us from the Dutch 17th century to Liz Hurley’s safety-pin dress in a matter of minutes. She explained the luxury of black & the difficulty of dyeing something a true black, as well as the trials & tribulations involved in having all your shades of black match up. Her speech was laden with anecdotes from the lives of Coco Chanel, Cristobel Balenciaga & Vivienne Westwood. We were all suitably impressed.

The original speaker invited us to go upstairs & have a wee squizz at the collection, “but not all at once, since it’s a small space!” she hastened to add. We started to move towards the escalators & I leaned over & said to Nicole, “I wonder whether Zandra Rhodes will be here!”. “Ooh, yes, of course, she’s in town!”, she replied excitedly. “Keep your eyes peeled for a bright pink bob!” I replied. Less than a minute later, I grabbed Simon’s arm & squeaked, “She’s here!” Zandra was standing right beside us in the queue for the escalator, next to a woman wearing a black turban with a white flower on the front. (A woman after my own heart, to be sure.) But she was engaged in conversation & I didn’t want to interrupt, so I decided I would speak to her later.

We rode the escalator to the 2nd level & entered the exhibit. There was a lot of hallowed cooing from everyone involved! The collection was small, about 60 items, but impeccably chosen & lit & displayed superbly. Here are some of the pieces on display… 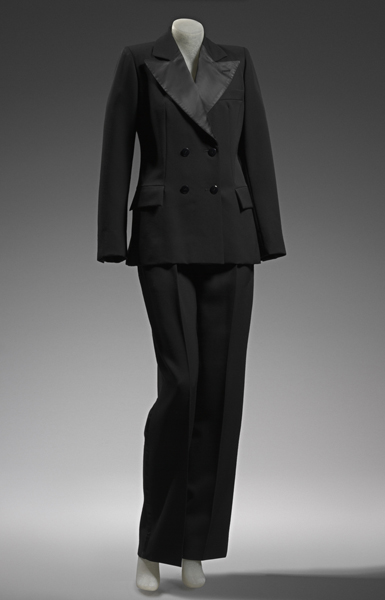 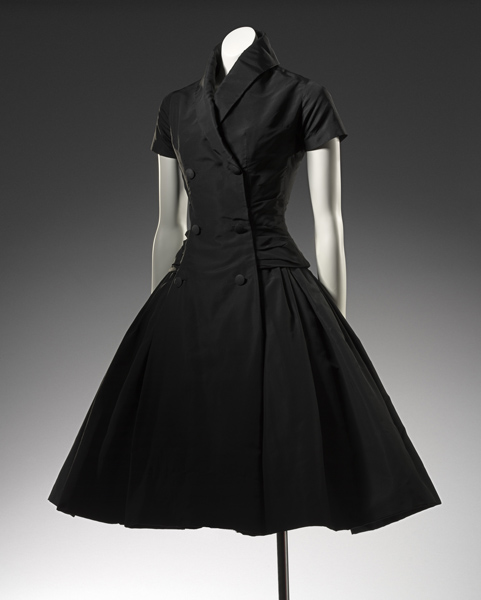 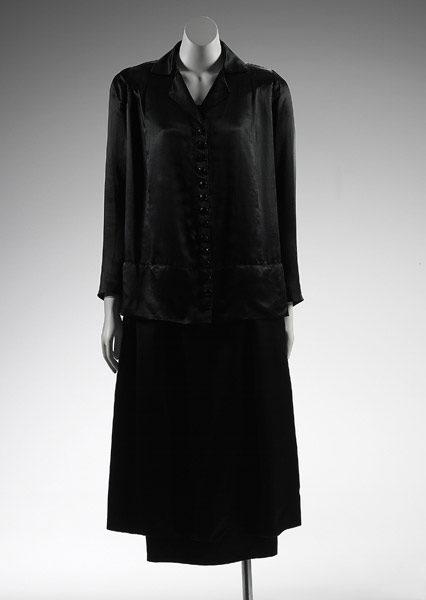 It didn’t take us long to make our way around the gallery, & when we were done looking I started to freak out about talking to Zandra Rhodes. “What am I going to say?! Help! What if I just squawk & can’t get any words out?!” Simon was, of course, a paradigm of zen calm & encouraged me to go forth & fangirl! So I did.

I don’t know exactly what I said. Something like, “Excuse me, I’m sorry to interrupt but I had to come over & say hi! I think you’re amazing &, well, when I was at the Chelsea Hotel a couple of years ago I met your personal assistant because we had the same colour hair… I mean, my hair was bright pink like yours… so um, anyway, you’re so cool!” She was charming & gracious, I actually don’t remember much about what she said, except that she said I should come to the Zandra Rhodes exhibition at RMIT (which I will do).

I walked away from her with my knees all a-quiver & after all that excitement, we decided to was time to go home. As we exited the gallery (& were taking daily outfit photos!) I saw her again & I ran over & said, “This is the last time I’ll bug you, I swear, but would you mind if we got a photo?” “Of course not,” she replied, & so that is how the photo of her & I together came to pass. 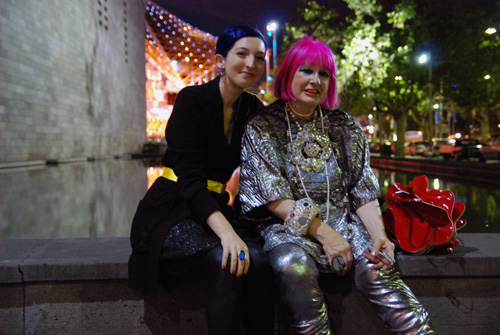 That was my night!