Bunny On A Hot Tin Roof… 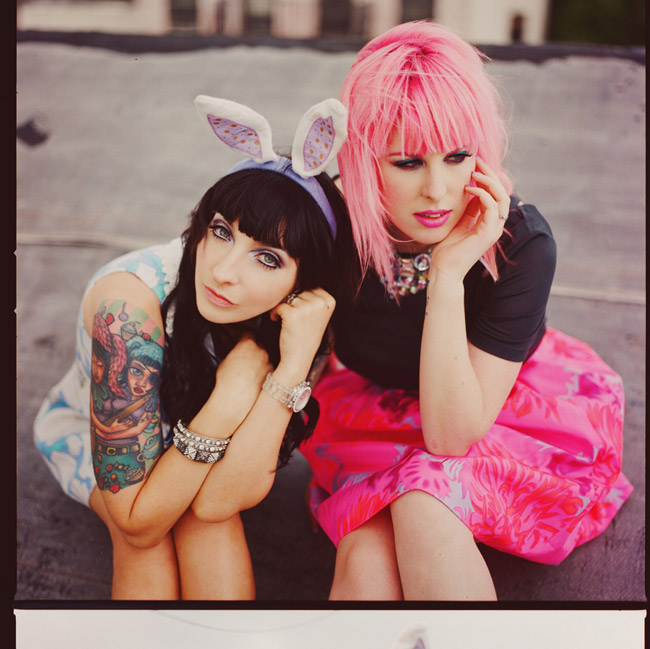 When Kat told me she was coming to New York City, I was immensely excited… But when she told me that we would be hooking up with a brilliant trio of photographer babes, I was over the moon!

Christina, Marielle & Alie of Made U Look Photography are a total dream-team. With four cameras constantly hanging around each of their necks, shooting with them was an incredible experience. From Polaroid land cameras to Hasselblads & Leicas, they snapped away using expired film & played with double exposure… It was one of the most fun, freeform, creative shoots I’ve ever done!

It was totally unlike shooting with a digital camera, where you can see what you’re doing at all times: the results were a complete mystery until they were !!!developed!!! (Old schooooool!) I think you’ll agree that it was worth the wait! 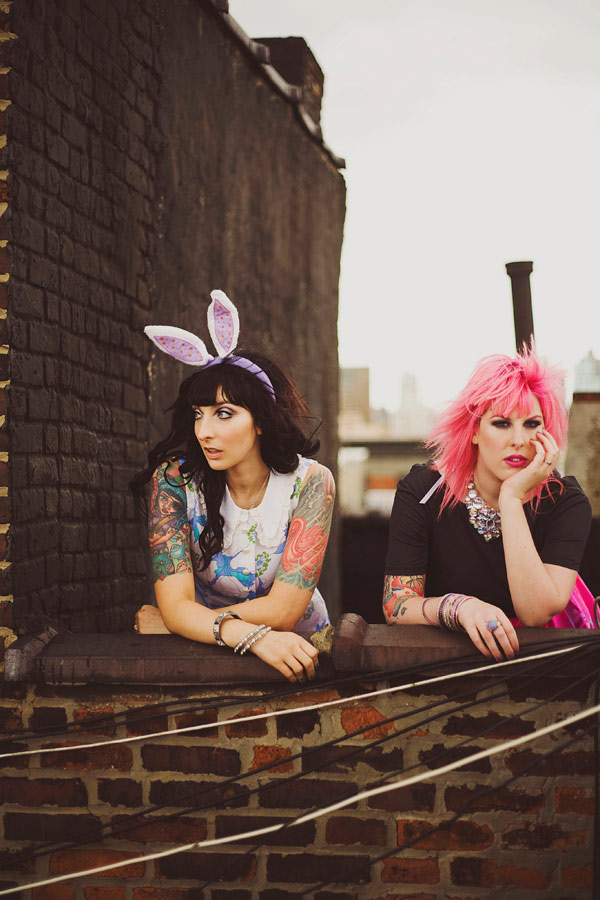 This set of photos was taken on top of the building where Kat & Gareth were renting an apartment. (AirBNB = good stuff!) I met with Kat first thing in the morning at her place, where we were blessed to have our faces done by Regan Rabanal, MAC Cosmetics trainer & make-up genius!

The weather was so crazy. It was sweltering hot at first: so hot my shoes were sticking to the roof. Suddenly these dark clouds swept overhead. It started to spit, then it POURED with rain so we hid in the stairwell for five minutes… & then the sun came out again! You can see that the sky is totally different from picture to picture! It was also SUPER-windy! My hair was like an untamed beast! 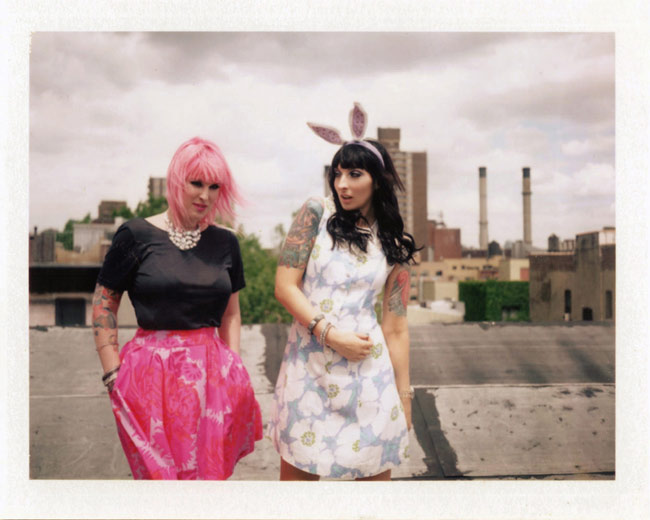 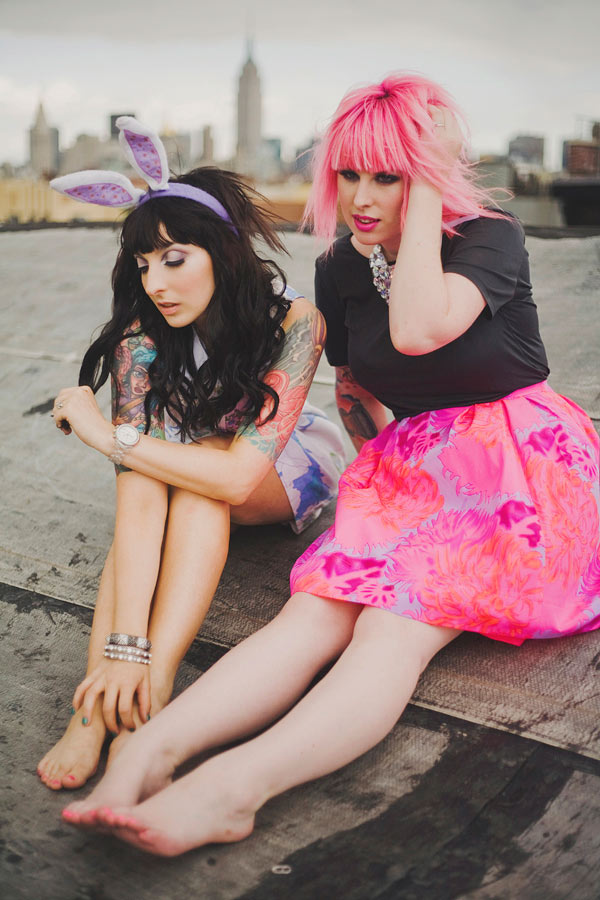 Can you see the Empire State Building behind us?!

Bunny ears which I have owned forever. Okay, not forever. But I have been wearing them since before I started this blog!

Nanette Lepore skirt (I bought this too & adore it! Love a good sale!) 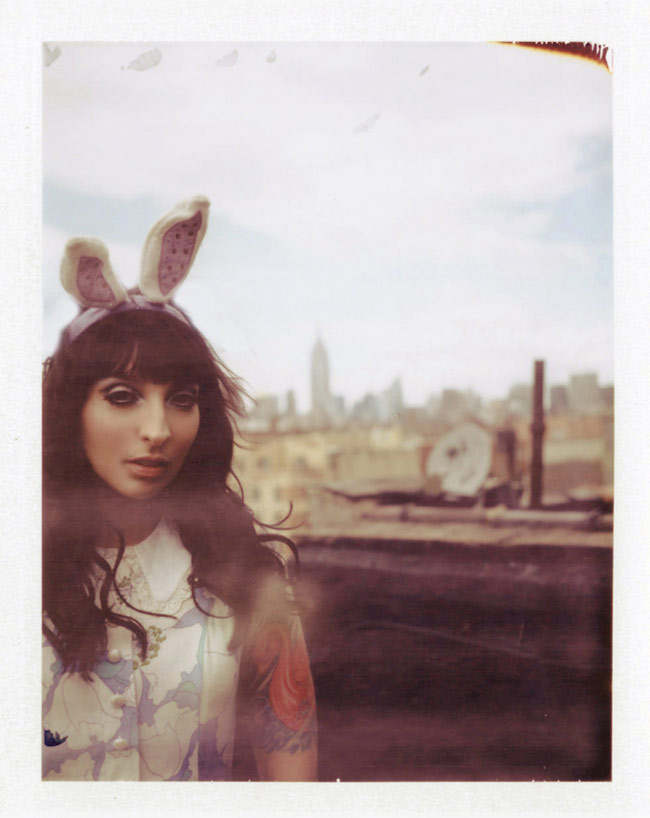 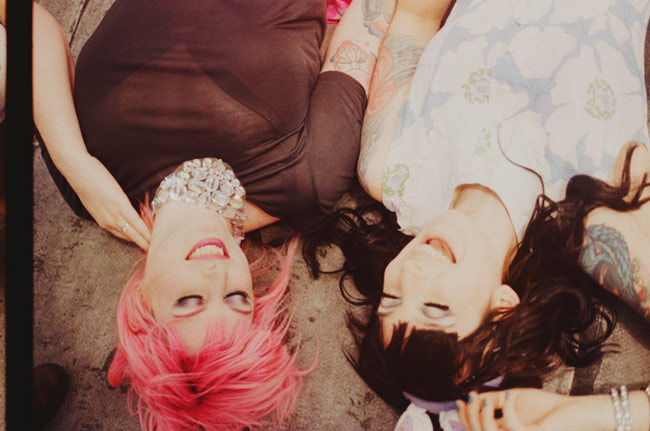 We love to boogie giggle… There are about 5 million photos of us laughing from the day we spent with Christina, Alie & Marielle! The pictures would be good for an evil villain montage, if we ever needed to put one together… “MWA HA HA HA!” 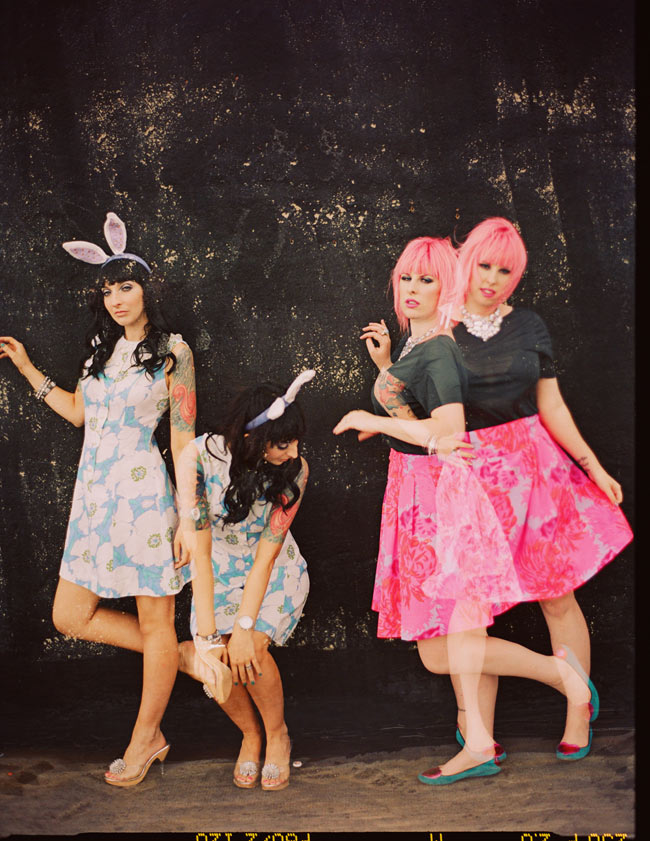 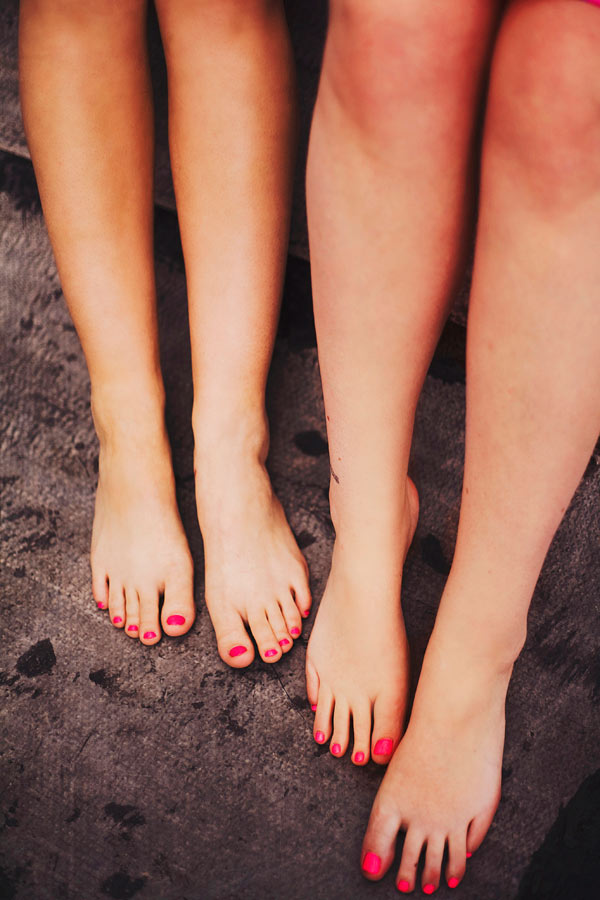 Feet are weird… But in case you’re curious, this is what ours look like! 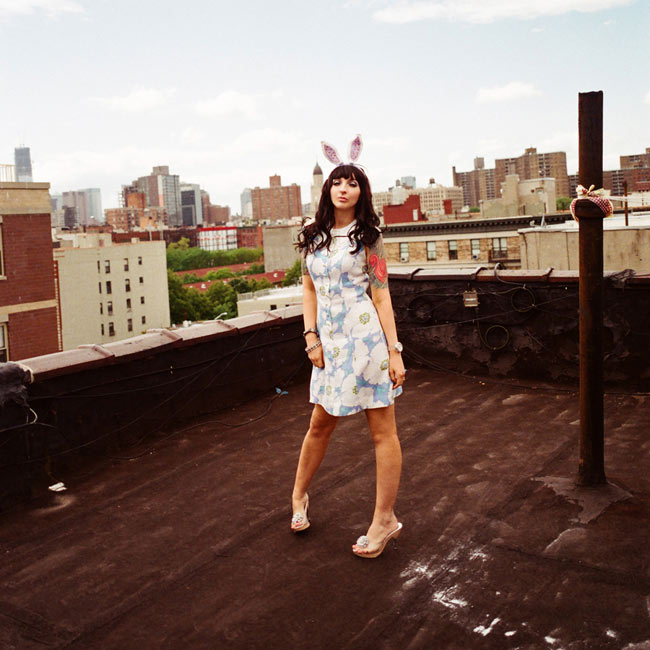 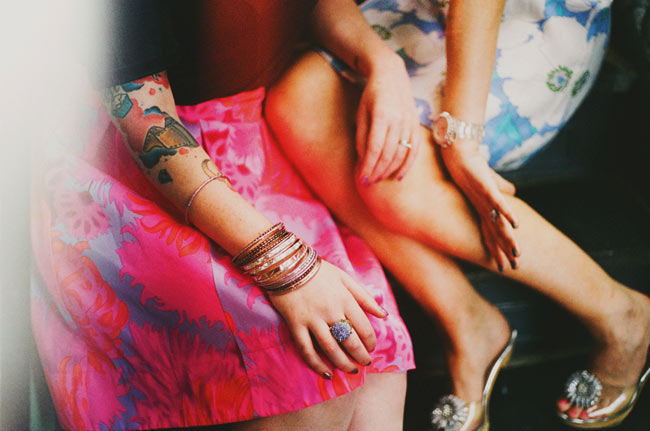 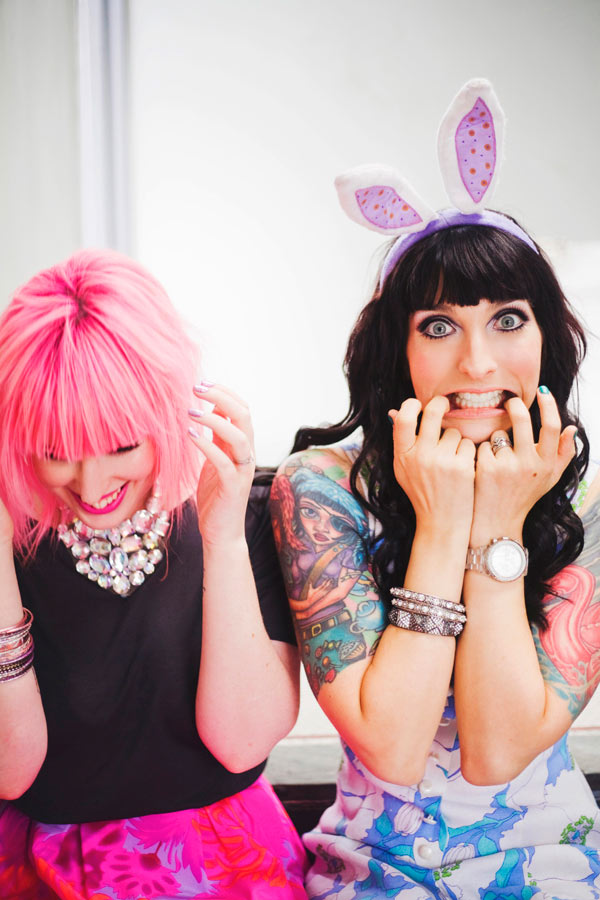 I miss Kat so much already… But thankfully, we have lots of photos to look back at which make us smile!

Much love & silliness from us to you! (Oh — & two more shoots from our day together coming soon!)

« Summer Is The Perfect Time For A One-Person Love Affair! Radical Self Love Bootcamp Is Half Price!
Things I Love Thursday: 5 Life Lessons »