Can A Number Determine Your Fate? What Numerology Can Tell You About Your Life Purpose 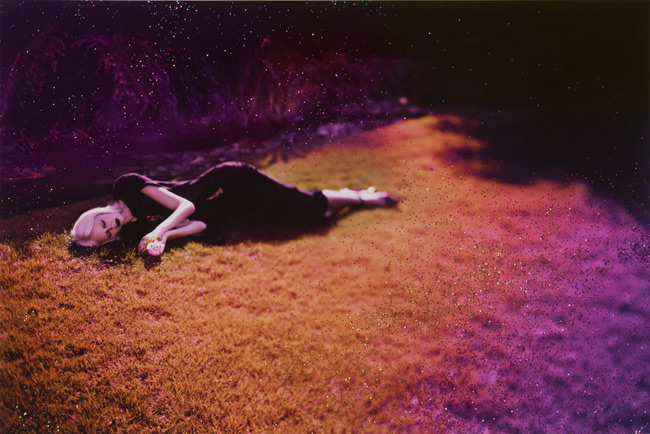 It’s a stormy, rainy day here in New York City, so it feels like the perfect time to talk about numerology! I just read an interview with Marilyn Manson (what else is new?!) where he was talking about it, and it inspired me to look it up again. I haven’t researched numerology in ages, but consider yourself warned: it’s easy to get lost in the subject!

If you’d like to do a little numerology on yourself, it’s simple. To find out your number, all you do is add up the numbers of your birthday. For example, my birthday is the 13th of September 1983. So I do this…

But what does it all mean?! Allow me to enlighten you! 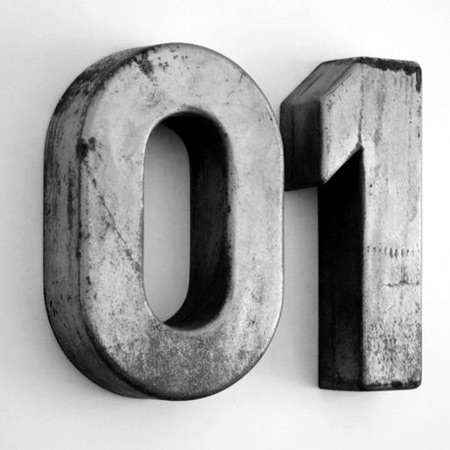 Ones — as the name might suggest — believe that they are at the top of the heap. They know what they want, and they go after it with a single-minded vision and sense of purpose. They are great at getting what they want out of people, but one of their greatest lessons to learn is that other people don’t really enjoy that!

Ones are extremely creative and individualistic. They often resent authority, and will very rarely seek out — or follow! — advice. The One type believes that if you want something done properly, you should do it yourself… And they’re often right. They are so determined and efficient that they can achieve what looks impossible to anyone else.

Ones make tremendous leaders, as their strong will and passion can help them inspire a team of people to go anywhere they want. If they can learn to be compassionate and sensitive to the needs of others, they will be hugely respected, too.

You can read more about the One here. 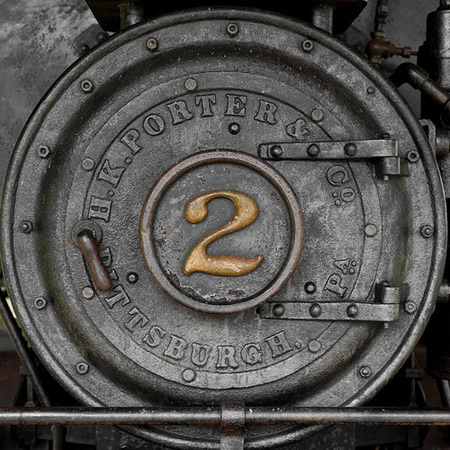 Twos are the very definition of the wallflower. They’re sweet, kind and easygoing, but they often fade into the background… And failing to speak their mind or act on their impulses can fill their life with regret.

Twos make fantastic friends and parents. They are very comforting and nurturing, always ready with a cup of tea and an available ear! They’re exceptionally understanding, will listen for hours, and always keep secrets.

They can, however, be low on ambition and self-confidence. Their insecurities keep them quiet, and they don’t give themselves a chance to see what they’re really made of.

Twos are great in a group situation, as they are eager to chip in and do what needs to be done, but their shyness often leads to them being underestimated. Take a risk, speak up, and show people how great you can be!

You can read more about the Two here. 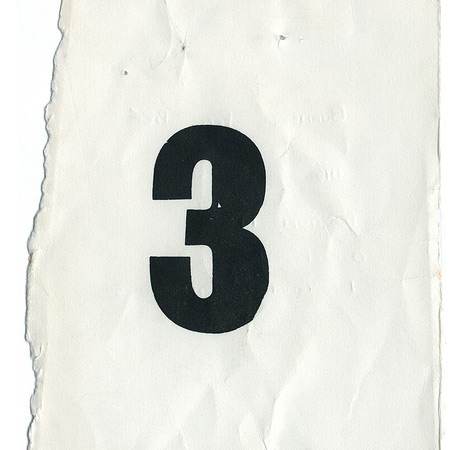 Three is the number of charisma and popularity. You can often see them holding court at a party, or chatting up a storm beside the water-cooler. They make people laugh, and always liven up a room. If you know a Three, there’s never a dull moment. They can get along with anyone, and they love to sell, teach and entertain.

Of course, there is a downside to their extremely engaging and persuasive nature! Threes can often find themselves desperately bidding for attention, and they must guard against beoming egotistical or narcissistic. They are such good salespeople that they sometimes find themselves caught up in a scam or a con.

Threes are almost always more sensitive on the inside than they would appear on the outside, and sometimes they waste their energy by working on too many things at once. The lesson for Three is to deepen relationships, develop a rich inner life, and see beyond the surface!

You can read more about the Three here. 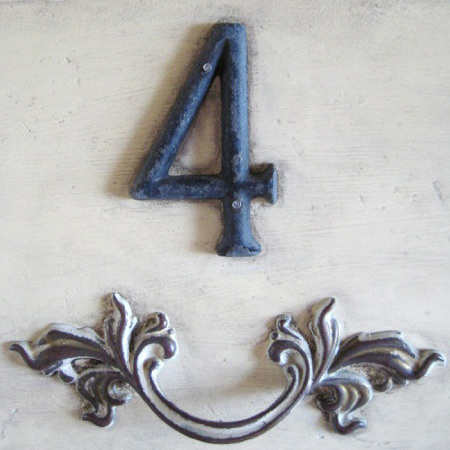 Four is the perfect picture of responsibility and “work now, play later”. They like to follow rules and do everything by the book, and they keep their goals in mind at all times. Their motto could be “slow and steady wins the race”.

They always put money away for a rainy day, and are extremely disciplined when it comes to work and finances. They are known for their strong ethics and conservative nature.

While others may look at them and think the Four is putting life on hold, the Four has the last laugh when they’re able to retire early in the lap of luxury! However, it wouldn’t kill the Four to take time to enjoy life in the moment. Don’t be rigid, don’t get stuck!

You can read more about the Four here. 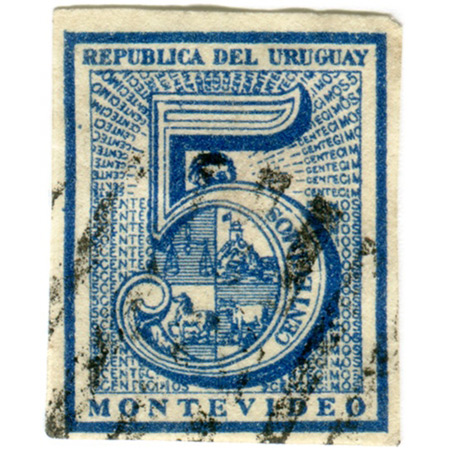 Five loves to live on the fringes. They’re the ultimate outsider, often with a taste for bizarre art and strange music. The Five loves to research and learn about “unacceptable” things: cults, clairvoyancy, alternative medicine, the occult, etc. They’re also very adventurous, lively and love to hear other people’s opinions. They are the definition of open-minded.

Fives make money and new friends with ease. They are always on the move, and hate being tied down: they’re always seeking out new and exciting things. They loathe rules and tradition.

The other side of Five is that sometimes their weirdness comes from a need to rebel, and they can spend too much time trying to shock others. They can be irritable, messy and they are almost always late!

You can read more about the Five here. 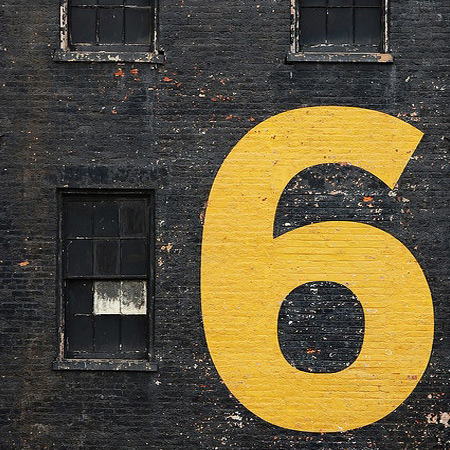 Six is one of the most positive numbers within numerology. Not given to extremes, the Six is well-balanced, happy and optimistic. They can be a little conventional, preferring routine, old friends and the tried-and-true, but they’re not boring or uptight.

Six personalities love peace and equilibrium. They just want everyone to get along! They will always step in to try to moderate disagreements, and are great negotiators.

You can trust a Six to do the right thing, and they are often very successful. Of course, since the good things in life come to them so easily, they can get a little self-absorbed, and take their blessings for granted. They are also prone to worrying… Remember to count your blessings, little Six!

You can read more about the Six here. 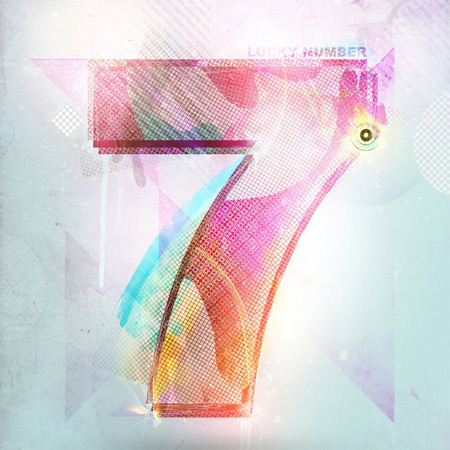 Seven is a magical number, and as such, Sevens are extremely psychic, and often drawn to the esoteric. They crave deeper knowledge, and are often lost in a book or their own thoughts. For this reason, they’re sometimes seen as aloof, weird or strange. They’re not: they just need more time to themselves than most.

Sevens are quick-witted and wise, and often think so far ahead that they are somewhat out-of-step with the current time. They often feel that they have a higher purpose and are very motivated.

However, Sevens can be morbid, antisocial and introverted. The challenge for a Seven is to learn to articulate their thoughts, speak out, and let their inner light shine. When they do, they can help, uplift, inspire and teach others.

You can read more about the Seven here. 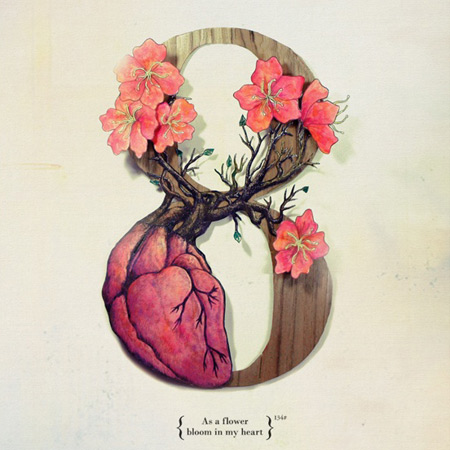 Eight personalities are go-getters, and can achieve incredible things. They are extremely focussed on the material world, and can accumulate immense wealth. Maybach, anyone?

No one can touch the Eight when they’re pursuing their passions. But there’s a cost: they often abandon their personal life and relationships, and refuse to take responsibility for what is going on internally.

The Eight’s need for recognition can lead them astray, and they are sometimes seen as selfish and thoughtless. Their moral compass can be off, too. The challenge for an Eight is to create a spiritual life, stay connected to the real world, and learn compassion.

You can read more about the Eight here. 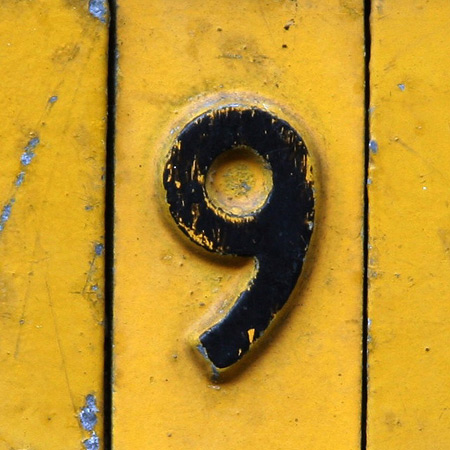 Nine people are true humanitarians. They are motivated by their urge to help and serve the world, but can be flighty. It’s often said that Nines could do anything they wanted, if only they could figure out what that was!

They have a strong sense of social justice, and will often fight for the rights of others. They are compassionate and generous to a fault, and inspire others to do better. They are very romantic, too.

Nines are exuberant and enthusiastic, and can fall quickly in and out of love with people, projects and passions. For this reason, people sometimes view them as flaky… And their compulsion to help others in addition to shaky personal goals can get them labelled as meddlesome and bossy. The challenge for a Nine is to pick a project, focus on it, and see it through to completion! When they are able to commit, they can be hugely effective at promoting social change.

You can read more about the Nine here. 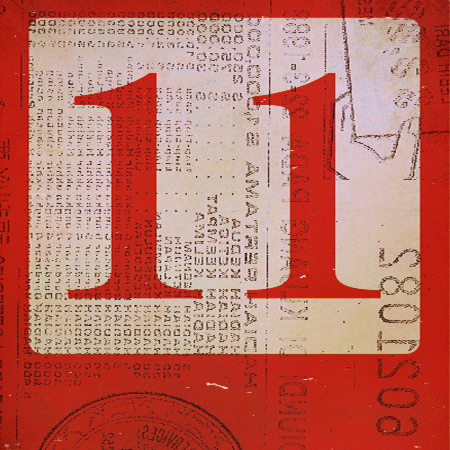 Eleven operates on a higher plane than the rest of us mere mortals! They are guided by their sense of truth and justice, and they are motivated to make the world a better place.

Elevens are extremely emotional, sensitive, idealistic and intuitive. They’re not great in business, because rational thinking isn’t their greatest strength, but they are very good-natured and cooperative.

Sometimes their obsession with fairness can drive others a little nuts. They are inclined to be dreamers rather than doers, but if they can harness their energy, their incredibly clear sense of purpose and ethics, and their intelligent and focussed mind can allow them to achieve wonderful things.

You can read more about the Eleven here. 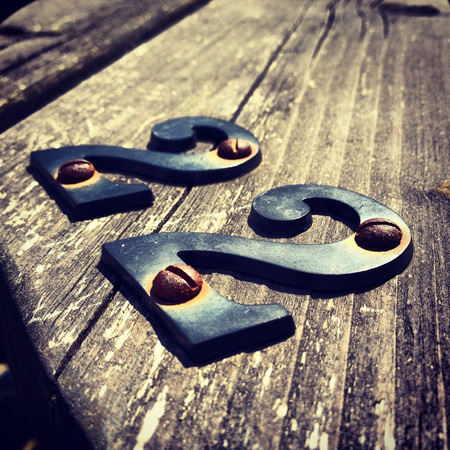 Twenty-two takes all the best parts of the preceding numbers: the energy of One, the sweetness of Two, the brilliance of Three, the work ethic of Four, the adventurous nature of Five, the reliability of Six, the psychic mind of Seven, the worldliness of Eight, the humanitarian nature of Nine, and the vision of Eleven. Being a Twenty-two is extremely fortunate, and — of course — they can use all of these skills to their advantage within life.

It’s said that Twenty-twos are “Grand Builders”, here for a larger purpose, and can use their unconventional thinking to make massively positive changes to the world.

You can read more about the Twenty-two here.

Do you see yourself in your number? I’d love to hear how accurate you think numerology is… Holler at me on Facebook!

Big love from this Seven,