Carousel: Guys With Beards Are Sexist, Why Bring It On Is The Best, And How Your iPhone Is Ruining Your Posture (And Mood) 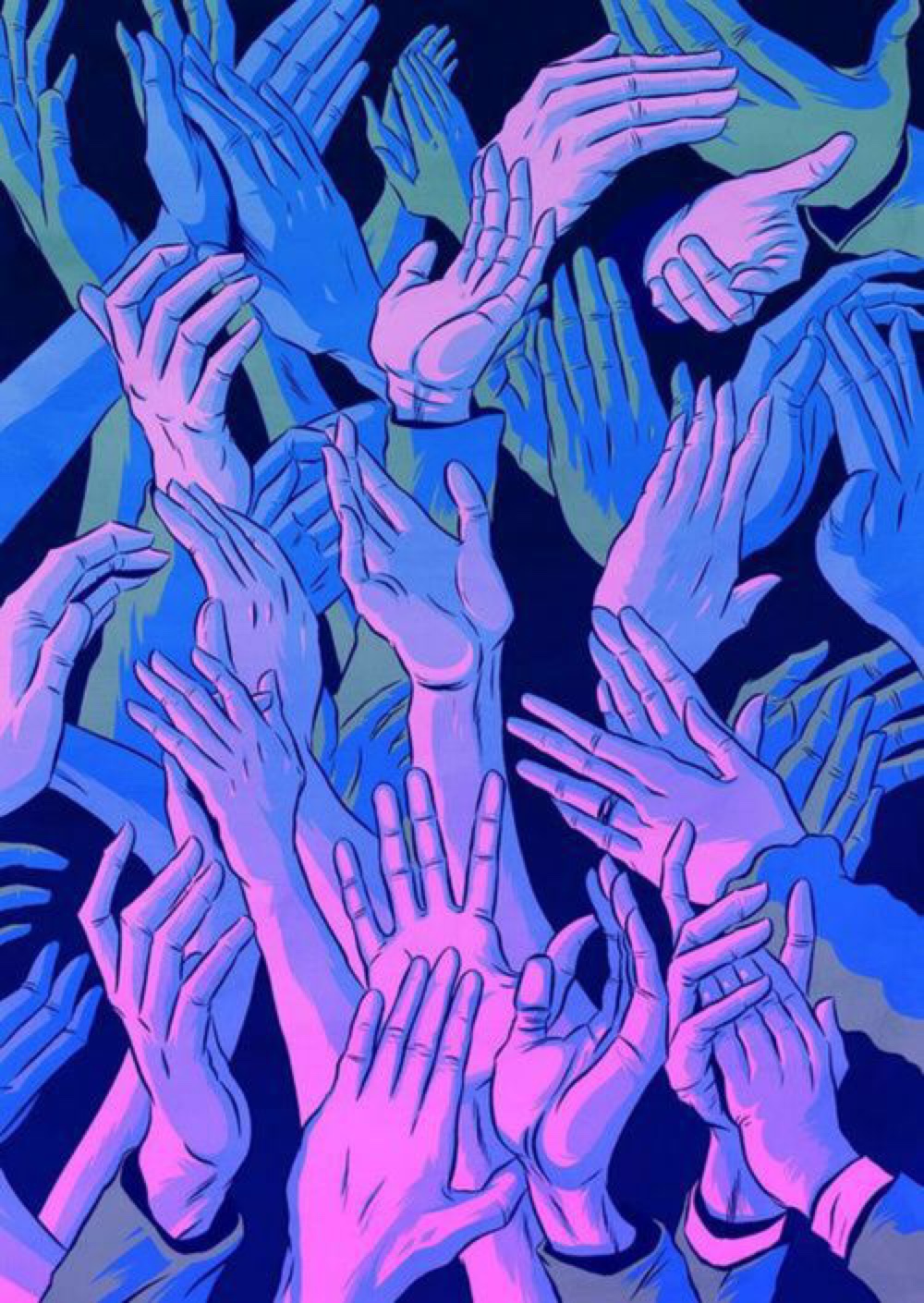 Merry Christmas and welcome to the last Carousel of the year! No matter whether you celebrate or not, I hope you have a wonderful day and enjoy these weird links. There’s something in here for everyone, I can almost guarantee it…

These polaroids from Morocco are beautiful.

On defilement during sex.

Proust’s argument is that defilement during sex isn’t what it seems. Ostensibly, it’s about violence, hatred, meanness and a lack of respect. But for Proust, it symbolises a longing to be properly oneself in the presence of another human being – and to be loved and accepted by them for one’s darkest sides rather than just for one’s politeness and good manners. Mademoiselle Vinteuil is, in her day-to-day behaviour, an extremely moral and kindly character, and yet this pressure to be always responsible and ‘good’ also seeks moments of release, which is what she finds during love making.

Rachel Dolezal says race is a social construct. This is a pretty fascinating profile.

Easing someone’s suffering… Without suffering. Is it possible? I love this.

Pleasure is healing. Light workers, entertainers, creatives, healers, feelers — fuel UP. You’ve got to know what keeps you well, MORE than well — strong, vital, lit up, in love, curious. Do that, please — your joy and health (not your guilt) are exceedingly more helpful.

I’ve said it before and I’ll say it again: John Saward is one of my favourite writers. He’s hilarious, incisive and merciless. Have a read of ‘I’m Really Rich’: Donald Trump and the Art of Having No Shame and Let Them Drink Juice.

Many of us are outstanding lawyers, not so much in professional contexts, as in our personal relationships. We know exactly how to do two ‘lawyerly’ things extremely well: make our opponents look like idiots and exonerate ourselves. Unfortunately, our courtroom talents – however dazzling – don’t really get us anywhere in the long term, because the point of a relationship isn’t to humiliate and ridicule a defendant, but to feel safe around, and close to a partner.

Mystic Medusa on how transits don’t happen to you, you happen to them.

I was featured on A Person You Should Know! Thanks!

Cheerocracy forever: The enduring superiority of Bring It On. Ha! Now there’s a true justification for enjoying this movie so much!

“Every time we get some, y’all come trying to steal it, putting some blonde hair on it, and calling it something different,” Isis says. The frustration you can see on her and her fellow Clovers’ faces speaks to so much more than just cheerleading; they are victims of a centuries-long robbery, in which great swaths of their culture have been stolen and repackaged without acknowledgment or a share of the spoils. They are coated in generations’ worth of ice, the response to Elvis’ crown and Vanilla Ice’s meteoric rise, preordaining Iggy Azalea’s antipodean AAVE. Is it any wonder that it is so cold in here?

This is awesome: Mobil Home, a smart — and good looking! — way to help you reconnect (and put those damn phones away).

Sorry, your favourite company can’t be your friend.

Your iPhone is ruining your posture and your mood.

Oh boy. The CBGB trademark was purchased by some dude in 2012, and now… They’re opening a CBGB restaurant in the Newark airport. This plus the Sex Pistols credit card makes it an ugly year for all things punk rock.

Dave Navarro has made a documentary about his mother’s murder and domestic violence.

Don’t underestimate the pleasure of buying stuff… ‘Cause it can be great.

Here are some feminist artists who turned their Tumblrs into online galleries.

The Book of Life is awesome. Here are some reasons to remain single.

What about the symbolism of black eyeliner?

Here’s how Paris Hilton fooled the entire USA. (I love her.)

DJ Khaled’s Snapchat is hilarious and weird. (Another one!)

I enjoyed learning about Angels With Filthy Souls — the fake gangster movie from Home Alone — way too much.

Female pop anthems about radical self love dominated the charts this year!

Pussy Riot are planning to open a women-only museum. It will be made by women and be about women, with only female curators and administrators and displaying only female artists.

Cat Marnell wrote about the eternal allure of Sunset Strip groupies for Vice.

“The saddest fact I’ve learned is: Nobody matters less to our society than young black women. Nobody,” said DeRogatis, pointing out that Kelly’s victims were exclusively “young black girls, and all of them settled. They settled because they felt they could get no justice whatsoever. They didn’t have a chance.”

What happens if you’re a proud non-breeder and then you change your mind?

An open marriage taught this man about feminism. Interesting stuff.

It wasn’t until my wife mentioned one evening that she’d kissed another man and liked it and wanted to do more than kiss next time that I realized how my status as a Man depended on a single fact: that my wife fucked only me.

Here’s where to achieve transcendence in NYC.

Michael Moore is making a documentary about Donald Trump, but also says he’s more optimistic than he’s ever been.

The Game Is Rigged: Why sex that’s consensual can still be bad. And why we’re not talking about it.

The hetero (and non-hetero, but, let’s face it, mostly hetero) sex on offer to young women is not of very high quality, for reasons having to do with youthful ineptitude and tenderness of hearts, sure, but also the fact that the game remains rigged. It’s rigged in ways that go well beyond consent. Students I spoke to talked about “male sexual entitlement,” the expectation that male sexual needs take priority, with men presumed to take sex and women presumed to give it to them. They spoke of how men set the terms, host the parties, provide the alcohol, exert the influence. Male attention and approval remain the validating metric of female worth, and women are still (perhaps increasingly) expected to look and fuck like porn stars — plucked, smooth, their pleasure performed persuasively. Meanwhile, male climax remains the accepted finish of hetero encounters; a woman’s orgasm is still the elusive, optional bonus round. Then there are the double standards that continue to redound negatively to women: A woman in pursuit is loose or hard up; a man in pursuit is healthy and horny. A woman who says no is a prude or a cock tease; a man who says no is rejecting the woman in question.

If you’re celebrating the holidays on a beach somewhere, get out your tarot cards!

This cafe in Greece opens its doors every night for stray dogs to sleep.

Shauna wrote about the process of putting together and designing the 2016 Radical Self Love Coven Almanac, and it’s an awesome look behind the scenes of a very big project!

« Announcing… The 2016 Radical Self Love Coven Almanac!
#radicalselflovejanuary: Let’s Leap Into January With An Instagram Challenge! »