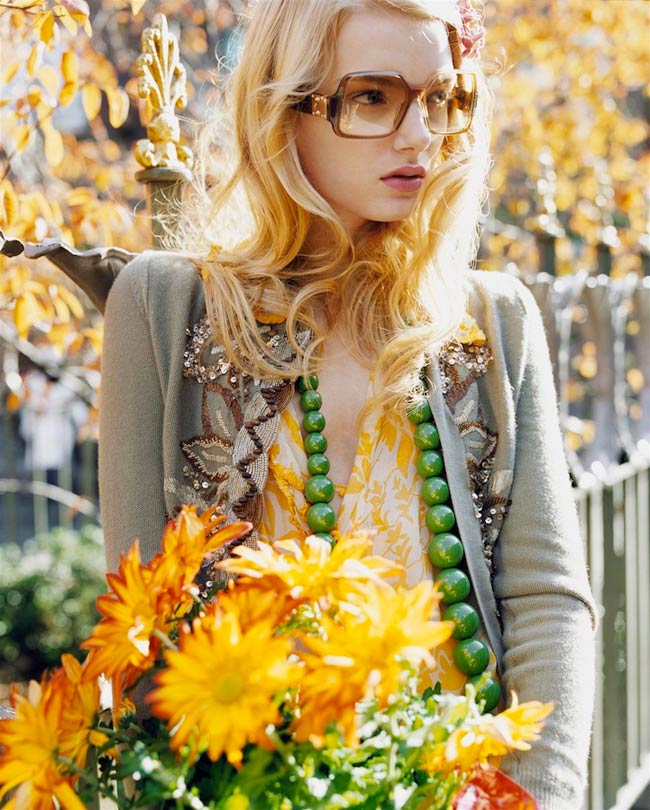 I adore this: Super Zen Noire.

Once a month Buddhist monks from the Busshinji temple meditate on the helipad of the 37-story high Copan building in Sao Paulo. The monks want to take meditation from the temple to the streets and they consider the building, created by renowned Brazilian architect Oscar Niemeyer, a zen Buddhist mountain in the middle of the city.

People are funny: some diptychs. These pictures are so interesting!

Shae continues to astound me with her gorgeous photography experiments. & her pictures definitely remind me that I need to make it out to California soon!

The recipe is getting old: take a savant, somebody who plays golf better than any other human, or can cut on the bias, or throws a lot of touchdown passes, and surround him with sycophants and barrels full of money. Praise everything he says or does no matter how solipsistic or selfish. And what do you get? Exactly what the adoring public deserves.

How the hell is anti-semitism having a “moment”?

Wall-e is the cutest. He looks like one of Dolly’s puppies!

Here’s an interview with Leith Clark, founder of Lula magazine!

Sarah Wilson tells us how to get wabi sabi with it, aka see the beauty in imperfection.

Rude NYC is a collection of user-submitted stories about rude interactions they’ve had in NYC. I think it’s really funny. You have to laugh!

This is a letter to Cary Tennis about a man who gives his partner the silent treatment. Cary says good things.

But on the whole, I just think that when a guy is in a relationship he has to fight his way out of the silence. It is an unfair weapon. If he wants out of the relationship he can just say so. Otherwise … and now I’m talking to you, fellow sensitive, thin-skinned dude, really what you’re doing in that moment is you’re checking out of the relationship. And a relationship is not a hotel you’re visiting. It’s a house you live in. You can’t just check in and check out. You can’t treat the people there like employees and you can’t give them the silent treatment and expect them to understand your angst and they’re not going to wash your socks and leave USA Today outside your door. It’s intimacy. You’re naked together. There’s nothing off the table. You can’t hide. So you may as well confess… You really do have to change to live with another person, and that means you’re going to have to feel some pain, and you’re going to have to give up some cherished ways of dealing with pain.

From Step 10: “It is a spiritual axiom that every time we are disturbed, no matter what the cause, there is something wrong with us. If somebody hurts us and we are sore, we are in the wrong also. … A spot-check inventory taken in the midst of such disturbances can be of very great help in quieting stormy emotions. … We must avoid quick-tempered criticism and furious, power-driven argument. The same goes for sulking or silent scorn. These are emotional booby traps baited with pride and vengefulness. … We can try to stop making unreasonable demands upon those we love. We can show kindness where we had shown none. With those we dislike we can begin to practice justice and courtesy, perhaps going out of our way to understand and help them. Whenever we fail any of these people, we can promptly admit it — to ourselves always, and to them also, when the admission would be helpful. Courtesy, kindness, justice, and love are the keynotes by which we may come into harmony with practically anybody.”

Love this… The Playboy jet: How Hugh Hefner travelled in style.

Vegan on the silver screen:

Another man in his 40s said his lunches of spinach salads made him a regular source of ridicule in the office, and he wondered if eating a hamburger or a small amount of meat once a week wasn’t so bad. Dr. Esselstyn replied that it depends on whether you’re OK with having a “small” heart attack, or “just a little” stroke.

Can you imagine cancer away? David Seidler, who recently won the Oscar for Best Screenplay, visualised his cancer into oblivion.

Haha, so funny! How To… Be Assaulted by a Horde of StreetStyle Photographers (Myself included)

Amy sent me this link where a woman did an aura reading of Natalie Portman & her character in Black Swan. It’s a little kooky but an interesting read for sure!

Mary emailed me I Heart My Vagina- Vaginoplasty and the Spiritual Circumcision of Women. It’s a GREAT piece.

& Alexandra sent me this one: Go Easy on Yourself, a New Wave of Research Urges, saying, “I came across this article on the New York Times’ website that’s basically confirming everything you’ve ever said about loving yourself, but they also mention this scientific study that pretty much proves it.” Yay! (I have the best readers!)

“I found in my research that the biggest reason people aren’t more self-compassionate is that they are afraid they’ll become self-indulgent,” said Dr. Neff, an associate professor of human development at the University of Texas at Austin. “They believe self-criticism is what keeps them in line. Most people have gotten it wrong because our culture says being hard on yourself is the way to be.”

A different Amy wrote to let me know about National Women’s History Month. She said, “On the website, anyone can add their own personal stories to the fabric of women’s history. You can include photos, narratives, and memories of your mother, grandmothers, teachers, and personal heroines alongside many famous women from history. It aims to be a collective celebration of women’s history, a place where current and future generations of women can be inspired by the role of women in history, and a place where women important in each of our lives are remembered side-by-side. When you click on any woman, you can see the richer details of her life in stories and photos.” Nice!

Atmosphere dropped a new single from their upcoming album, The Family Sign. It’s called Just For Show–listen at the link! They’re also touring with Blueprint, Grieves & DJ Abilities. You should definitely go. Get your tickets before it’s too late!

I adore this sparkly hair at Badgley Mischka! I want to try it out!

Quote from Steve Martin: “When people ask me how you make it in show business or whatever, what I always tell them… is “Be so good they can’t ignore you.” People are going to come to you. It’s much easier doing it that way than going to cocktail parties.”

The ‘wolf child’ delighted to be named the world’s hairiest girl – because it makes her more POPULAR at school! Now that’s radical self love!

From the Smithsonian: Everything You Wanted To Know About Dinosaur Sex!

Miru Kim takes naked photos of herself in crazy locations, & in this interview, she describes herself as “timid”!!! The one of her climbing the Manhattan Bridge is especially mind-boggling!

If you have Paris fever comme moi, check out these shots of Paris in black & white.

This amazing lobby art confirms it: I need to stay at The Cosmopolitan in Las Vegas.

Before I die is a cool, interactive piece of art in New Orleans.

I love these Vanity Fair photos of actors in character!

In Spain, every two years, massive crowds gather to see who can build the highest, most intricate human castles. Amazing!

Waiting at Disneyland sucks. Hahaha. The second picture made me laugh!

I think this is such a sad but true article about the destructive nature of celebrity. The toxic seeds of John Galliano’s fall.

People like Galliano know they’re not OK — they want someone to stop them, and nobody does. Since they make so much money, they are allowed to flail around nurturing their darkest impulses and perversions. Untethered rich people act out the unrestrained id of toddlers and madmen — they shit everywhere, literally or figuratively — and their class-peers excuse this batshit crazy behavior as being mere “eccentricity” or “creativity.”

Donald Trump commented that CBS will rehire Charlie Sheen because he gets ratings, and ratings are the only thing that matters. Mel Gibson got away with slurring Holocaust denials in Hollywood — the Israel of the Americas — because he was still raking in cash in the movie theaters. John Lesher, a prominent agent, told the New York Times: “People here will work with the Antichrist if it puts butts on seats.”

Richness and specialness is an expansive personal hell — but ironically, people like John Galliano, Charlie Sheen and Moammar Gadhafi are even more terrified of escaping their hell than they are of living in it. To recover from their terrible specialness would mean they would be forced to recognize themselves as being potentially unspecial. Associating with the Great Unwashed and suffering unbearable indignities like flying coach again is something that people (or nations, or class structures) with “Adonis blood,” or “tiger DNA,” or the mandate of heaven, and/or several bazillion dollars regard as a fate worse than going down in a hail of bullets or going to jail (which at least means they are still exceptional: This makes them legendary outlaws, which in this demented mind-set is still way better than admitting you have real problems.)

Why I left my children. “My husband is the one who wanted kids. But I learned I didn’t have to live with them to be a good mother.”

Have an incredible weekend! Fingers crossed for sunshine & loveliness!

This is my next manifestation. And I'm doing it fo

The best way to break an old habit is to ✨ think

THIS TIME LAST YEAR... I miss all of you. VortexFe