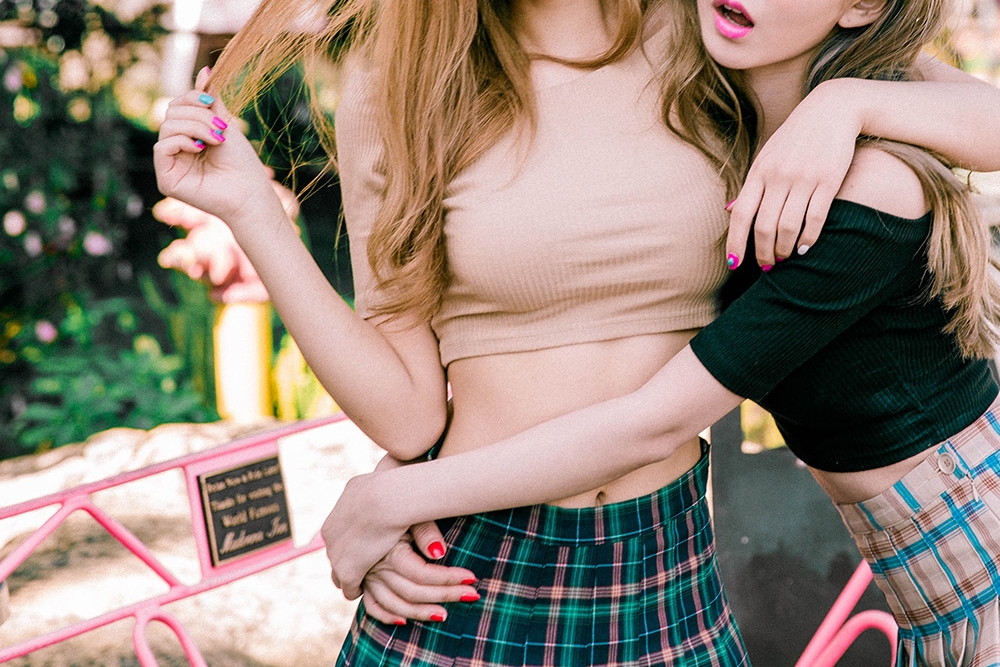 Hello, you beautiful thing! Welcome to another Carousel: my wrap-up of all the best things I’ve read and seen online in the last month. It’s a pretty massive list, so you can only imagine how much stuff I read that doesn’t make the cut! Hahah.

The Future of the Left Is Female. Women’s rights are human rights, and women leaders are progressive leaders.

Trump’s Nightmare: Women Opposing Him. Must be tough. Get used to it, baby!

An anti-Trump resistance movement is growing within the US government. The bureaucracy is fighting back.

My friend Nicole on period underwear and why it’s so great. This post inspired me to buy some Thinx, and I have to say, I’m impressed!

Toni Morrison says that the fear of losing white privilege is what led to Trump’s election. I’m inclined to agree, and I think internalised misogyny had a lot to do with it, too.

“Under slave laws, the necessity for color rankings was obvious, but in America today, post-civil-rights legislation, white people’s conviction of their natural superiority is being lost. There are ‘people of color’ everywhere, threatening to erase this long-understood definition of America. And what then? Another black President? A predominantly black Senate? Three black Supreme Court Justices? The threat is frightening.”

Feeling friendless? This letter to Mystic Medusa is very poignant and the comments are outstanding. If you feel lonely, you’re not the only one.

Dior had to try 150 times to make their next hit perfume for millennials. I haven’t given it a sniff so I don’t know how good it is, but I hope this reminds you that even the absolute best in the business have to try, adjust, change things, and try again until they get it right.

How I got my attention back by unplugging from le internet.

Today, I could live on Twitter all day, everyday, convincing myself I was being productive. Or, at least inducing the chemicals in the mind that make me feel like I’m being productive. Read more news. Send more replies. Start more threads. Each incoming reply activating a corresponding dopamine pop. Largely pushing nothing in the world forward.

This Promising New Male Birth-Control Gel Is 100 Percent Effective and Doesn’t Have Hormonal Side Effects except for the fact that guys, uh, like to ejaculate. I can’t see many dudes going for this, honestly!

Why Won’t We Let Madonna Age the Way She Wants To? The debate over how Madonna looks and behaves drives me effing crazy. If she wasn’t working hard to keep up her appearance, surely the dominant commentary would be that she wasn’t trying hard enough. EYE ROLL. Why do we care so much about what people do in their personal lives?

We want our pop stars to be forever young, but are uncomfortable reckoning with the kind of labor that requires.

What did you learn from Lilith in Scorpio? I learned SO MUCH!

The Way Couples Tell Their ‘How We Met’ Stories Speaks Volumes.

Put this one in the “relationships are hard” file: Men Are the Worst, and I’m Married to One!

But you know what? It’s hard to be with one person most of the time, no matter what gender, no matter how talkative or silent that person is. In a marriage, you really have to resist the urge to scapegoat your partner for things that you’re feeling.

Depression isn’t a walk in the park for anyone, but psychologists think they found depression’s purpose. If you’ve ever been depressed, this might help you make some sense of it.

From magic to magick, how witchcraft helped me find myself by my lovely friend Gabriela.

How many gummy vitamins is too many? (NEVER TOO MANY!) I always joke that gummy vitamins are the standard snack on offer when you visit a Virgo’s house.

Speaking of gummy anything, does quitting sugar help heal anxiety? YES! Of course it does!

I cannot get enough of RuPaul. Here’s a look at the humor at the heart of RuPaul’s drag empire.

Tempting though it may be, don’t name-drop while networking!

“Name-dropping usually comes from a person who is uncomfortable, anxious, and doubting their own contribution to the situation,” organizational psychologist Liane Davey told Fessler. “[It] always reveals the same thing, which is that one doesn’t feel their accomplishments, or personal brand, speaks for itself, so they try to heighten their brand by associating with one that’s much stronger.”

If you’ve been finding it hard to get motivated to shake your ass, remember that exercise has so many benefits. Here’s how exercising daily made this dude a better entrepreneur.

Crystallization: basic astrology tips from Mystic Medusa. Some of these have serious WOW impact!

Men are weird, a scientific experiment to see what really makes them swipe right.

The “elusive female orgasm” really isn’t that elusive at all —- just ask lesbians. The shade of it all!

Women want better sex, not more of it. (We all know this. I guess men didn’t know it?!)

Why You Can’t Shut Up About Your Crush Even When It’s Annoying Everyone You Know.

When the object of your desire isn’t around, and therefore you lack that dopamine rush in your brain, you might feel like you’re in withdrawal. So, you may try to achieve small dopamine rushes from talking about your crush to your friends.

Interesting stuff: What Romance in Prison Actually Looks Like.

The Astrology Hotel is a real thing! Mystic Medusa talks about how it doesn’t go far enough… Hahaha!

I think you could have separate wings for each element and special extras such as an aura cleansing upon check-in, each bed aligned with your personal best Gua/Kua direction, beds of Shiatsu nails for the Capricorns, slides or firemen poles to use instead of lifts for the Sagittarius guests, three times a day Sage Smudging for everyone, mirrors on the ceilings for the Leo suites and massive squishy couches for Taurus guests…

Why do people post thirst traps? A very scientific investigation.

The oral history of Daria. Daria gave me so much hope as a young teenager! In fact, the first website I ever made was a Jane Lane fan-site. Oh yes. You better believe!

What have we learned from giving LSD to dolphins? (Basically, we might be able to communicate with them.)

The Women Who Taught Me How To Own My Body. A celebration of Jack Off Jill, Queen Adreena, and Kittie.

Where are the most haunted places in NYC?

Do What You Want is a zine about mental health, available for pre-order now!

The Swedish women’s soccer team now has inspiring quotes on all its jerseys, like for example, “believe in your damn self.”

The original Grey Gardens is for sale. Got $20m?

You may want to marry my husband.

If you’re neurotic, being nice to people benefits your mood even more than it does for less neurotic people.

If you’re given to negative feelings — and maybe if you’re not — sending friendly texts, helping with homework, calling your mom, or the other, countless prosocial opportunities life presents don’t just help others, they help you.

Here’s why your dog’s personality is a lot like yours.

What if we forgot about body positivity and focussed on body neutrality instead?

Get Out Perfectly Captures the Terrifying Truth About White Women. There are many scary things about the movie, but scariest of all is its realistic depiction of racism. (I haven’t actually read this piece because I want to see the movie and this article is full of spoilers. But maybe you want to read it!)

Why this woman tracked her trolls across the planet to shame them.

Trans teens on what bathroom anxiety really feels like.

James Altucher on how to develop self-confidence and self-esteem.

This was my great skill: I’d figure out someone else’s agenda for me and then I would play that role. I’d play that agenda. I had a hard time being myself. I didn’t even know what that meant. What does “being yourself” mean?

« #marchismagical: An Instagram Challenge!
What Time Are We Upon And Where Do I Belong? »