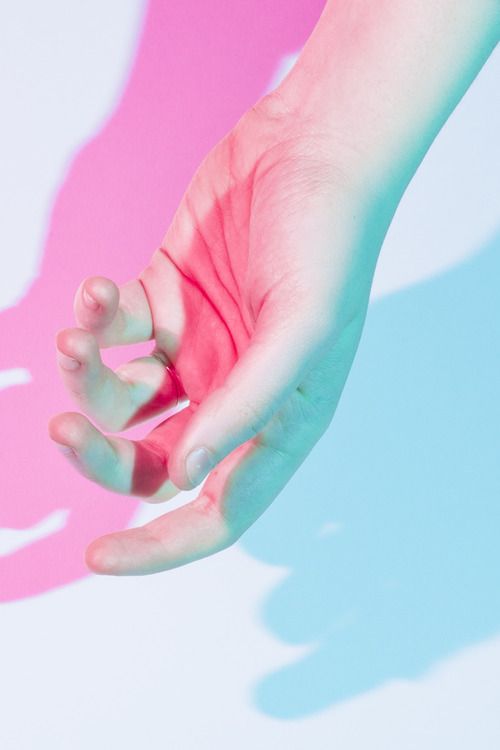 Happy April Fool’s Day! I’m putting the last touches on my suitcase because I’m heading to Tulum tomorrow for the AstroTwins’ retreat, and I can’t wait! I’m so excited. Bring on the sun. Be sure to follow me on Instagram if you want to soak up some Vitamin D via your screen!

I have plenty of things for you to read, devour, ponder and explore in this Carousel. I hope you enjoy it!

Wanna get your radical self love on? Here are a few pieces I’ve recently written or been interviewed for: A Simple Plan To Achieve Radical Self-Love from MindBodyGreen. What’s Radical Self-Love, And Why Should You Care? in Nylon. An interview with Rose Caiola from Rewire Me. Life Hacks For A More Zen Existence and Meditation Tips for Beginners in Girlfriend magazine. Affirmational Madlibs: 5 Ideas To Change The Way You See Yourself Now on The Chalkboard. Green Is the New Black podcast interview. Phew!

If you love all things spooky, have a look at these awesome photos of goth icons then and now.

From the New York Times, What Women Find in Friends That They May Not Get From Love.

Female friendship was not a consolation prize, some romance also-ran. Women who find affinity with one another are not settling. In fact, they may be doing the opposite, finding something vital that is lacking in their romantic entanglements, and thus setting their standards healthily higher.

The world’s first thesaurus of colour shades has been created and it’s pretty glorious (as you might imagine).

Speaking of which: being transgender doesn’t make kids anxious or depressed. Their families do.

Jodie Sweetin’s Return to Predictability. The years after ‘Full House’ were filled with darkness—so why would she go back?

I love Rachel Zoe. ‘What’s the Worst-Case Scenario? I’m the Most Overdressed at the Party?’ Preaaaaach!

Plastic surgery has changed a lot. Which Oscars Stars Had Plastic Surgery? Nobody Knows Anymore.

An honest relationship: how to love and be loved. Great piece.

This 72-year-old voodoo priestess is crowdfunding her temple’s rebuilding after a devastating fire.

My girl! Kathleen Hanna Revisits Her Riot Grrrl Past.

Check out the Soulmate Survival Guide if you’re going through the emotional wringer.

Richard Brandon makes epic to-do lists, and here’s how he makes them work.

“Do you really think Richard Branson and Bill Gates write long to-do lists and prioritise items as A1, A2, B1, B2, and so on?” asked Mr Kruse. I can assure him that I do indeed write to-do lists and prioritise items. I live my life by writing lists – there is one next to me right now. Without to-do lists, I would use my time far less effectively, and have a lot less fun. People wonder how I fit in kitesurfing and tennis every day alongside business meetings – the answer is good planning and to-do lists.

Actually, you should check your email in the morning… Because the reason we have an inbox bottleneck is usually because replying requires making a decision about something or another. We only have so much decision-making capacity, and first thing in the morning is when we’re most likely to be able to do so effectively.

I then went on a bit of a NYT real estate section binge. A Lounge of Her Own is about Susanne Bartsch, the queen of downtown.

And her ex-husband, David Barton, just reinvented his gym empire.

I always show up to LA looking way too New York. This is not just a problem I have. As Karley writes, I think my New York style doesn’t translate in LA.

Race relations in New Zealand: Maori special privilege is code for “we like it better when you’re just the joker on the guitar”.

When Māori do succeed in the Pākehā world that success is often accompanied by questions, questions like: did you get a government handout? Did you pay for your education? Did you get that as part of a treaty settlement? In my father’s case the questions were: is the bank giving you a lower interest rate? Are you paying less tax? As if it were not enough for Māori to achieve success, we also have to prove that we’ve earned it.

This is an excellent piece. Why do poor people waste money on luxury goods?

Why do poor people make stupid, illogical decisions to buy status symbols? For the same reason all but only the most wealthy buy status symbols, I suppose. We want to belong. And, not just for the psychic rewards, but belonging to one group at the right time can mean the difference between unemployment and employment, a good job as opposed to a bad job, housing or a shelter, and so on.

When something goes wrong, ask yourself, did you witch it?

Is online dating really as awful as people make it out to be? (Hint: Nope!)

How to be civilised by doing nothing at all.

The Biggest Danger of Running Your Own Business That They Don’t Tell You: Keeping Up With the Startup Crowd. Stop comparing. Stop comparing! Have gratitude.

You (I) need to stop comparing yourself to the Sexy Entrepreneur, specifically. I tried to be her. The thing is, she’s a figment of everyone’s imagination. She’s a figment of mine. There will always be someone doing it better than you, in cooler shoes, in a more exotic locale.

If you’re in NYC and you’re “sober-curious”, check out my babe Ruby’s new event, Club Soda!

Equality in Marriages Grows, and So Does Class Divide.

Marriages in which the woman earns more are less likely to form in the first place… When such marriages do form, the women become more likely to seek jobs beneath their potential or to stop working entirely, and the marriages are more likely to end in divorce. Paradoxically, wives who earn more also do significantly more housework and child care than their husbands do, perhaps to make their husbands feel less threatened, the economists said.

Why are horoscopes and media a match?

The benefits of selfish parenting.

So many of the women I know are afraid of losing their hard-won selves in motherhood, and I know why. Because it happens. Dedicating yourself to the care and keeping of a small and helpless little human can do one of two things: shrink you around the task, or expand you beyond it.

Why are you lonely? A text game. Ouch.

More ouija boards than you ever knew existed!

Here’s why you need a deloading phase. Yep.

Courtney Love’s best 13 looks. Only the most important, breaking news!

This is a great interview between Danielle LaPorte and Jessica Ortner, who are both fantastic human beings, talking about self-help exhaustion.

Reliving Trash and Vaudeville’s Beginnings In Its New East Village Home. Legendary punk store has moved from St Mark’s, and the history of the store is awesome.

Have you ever wondered what your tarot birth card is? Mine is The Chariot!

Beyonce’s new activewear line is RAD and I’m so excited!

Tales from an L.A. sweat lodge, where they wrap you in a blanket and you watch television while sweating like the dickens…

« New Moon Magic: April 2016
Energy And Spellwork: How Can Magic Enhance Your Life? »