Carousel: Read This In Your Post-Thanksgiving Turkey Haze! 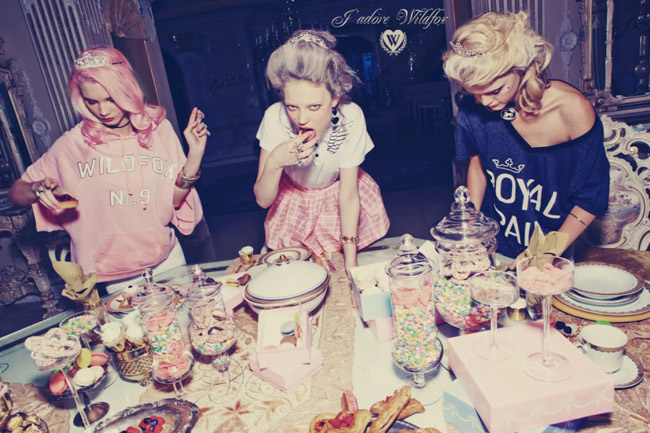 Yankees, I hope you had a lovely turkey day. Ours was lovely, and now we’re taking a few days off to rest and recalibrate. Perfection!

Here’s your Carousel for the month of November. It should be the perfect distraction, especially if you’re trapped with your family, and at a bit of a loose end!

Starbucks is cashing in on the tea craze and opening Teavana stores all over the damn place. Would you go there? I’ll definitely be checking it out…

Here’s why it’s smart to court your friends. (I totally do this.)

Being asked to write for free is offensive. This piece from the New York Times is brilliant.

Hmmm… Robert Shiller Destroys The Idea Of Investing In A Home.

Erica emailed this one through to me: 61 quotes that will make you feel beautiful, no matter how you look. Fabulous!

Rachel interviewed me about how I do it. I had the privilege of meeting her in Australia, and she is such a fantastic woman! Her blog is an excellent read, so bookmark that ish!

Oh man. Chinese Students Hilariously Describe What They Think About Regional American Food. “Why eat that? That is not good.”

I thought this analysis of Rihanna’s Pour It Up video was really interesting, and especially the comparisons between RiRi and Nicki.

Saying goodbye at parties is awkward. I never say goodbye to everyone, just the people I actually had a conversation with. I have felt a little guilty about this in the past, but this article on ghosting has eased my conscience a little.

Millennials already have the lifestyle that baby boomers are still working towards. Ding ding ding!

Oh, Lorde. Here’s what she can teach her pop peers. It must be tricky to grow up in public, though. I don’t envy the pressure!

Have you checked out Lulu, the boyfriend-ranking app? Hmmm…

So engrossed in this thread: groupies tell their favourite stories. I actually ended up reading segments of this this aloud to Shauna when we were waiting at Brisbane airport… It’s pretty amazing.

On Labelling Women ‘Crazy’. Otherwise known as, stop that.

Trying to one-up someone else’s pain never works… And doesn’t make you feel better, either!

Black Friday is a pretty gross phenomenon. Seth Godin knows what’s up. “People like doing what other people are doing. People don’t like being left out. The media likes both.” His quick questions on marketing are great, too.

I loved Kat’s 50 pieces of advice for a happy marriage.

The Addams Family’s living room is pink! How wonderful is that?!

Nervous about slithering into a swimsuit? Never fear, read this instead: Baring My Bikini Body.

What has been important and revelatory to me is the fact that I’ve actually had a bikini body all along, because I had a body and I could put a bikini on it. I spent so many years hating my body, and thinking that my life would change when I was thin instead of actually going ahead and doing what I wanted to do.

This American Horror Story: Coven drinking game made me laugh!

Here are 17 things to do today that will make you proud of yourself in a year. I like it.

Yelling at kids is as harmful as spanking them. No huge surprise there. I would go so far as to say that yelling at other people, regardless of age, can be as damaging as physical abuse, too.

Hate labelling yourself? Tough luck. (And some good tips.)

Sarah Wilson was interviewed by Srinivas from Blogcast FM… And of course, it’s awesome.

This is how they painted Bond’s golden girl.

The Lunatic Asylum at Morristown, before and after.

Would you shop at this grocery store full of taxidermy?

A 13th century church filled with dirt and flowers…

Kiriko sent me the radical politics of selfies.

There was a time I thought that selfies were obnoxious and that the people who over used them were narcasisstic and ridiculous. Upon further examination, I realized that I was projecting my stuff unto others. My struggle to accept myself was clouding my vision therefore, when I saw others who were unabashed and deliberate with their self-love and acceptance it made me uncomfortable. The fact that people who are maligned, marginalized, and strategically erased find the courage to make the deliberate choice of seeing themselves as beautiful, is both astonishing and miraculous.

Sick of using the same ol’ words? Here are 56 delightful Victorian slang terms you should be using.

Did you know Liberace wrote a cookbook?! How wonderful! I’m reading Behind The Candelabra right now and Scott does talk a lot about how much Lee loved to cook!

I might have linked this one before, but it’s worth linking again, just in case. 33 Unusual Tips to Being a Better Writer.

Should you give homeless people money? Ask a native New Yorker all about it.

Men who try to “explain” rap to women are a pain in the ass.

I love polo necks. I wore a chunky turtleneck sweater from Zara all winter last year, so I’m thrilled that they are making a comeback, and thus I will have more options to choose from.

Sick of making the same old face in every selfie? Try these new techniques.

I got Rickrolled by my own dream on Tuesday night, but it inspired me to look up the Rickrolling Wikipedia page, which is fantastic!

Sophia Bush on 5 qualities of self-wealth. Are you rocking all of them?

An animation of Hannah’s outfits from Girls.

Air travel could really be so much better.

Richard Branson on Knowing When to Quit Your Day Job.

These are some of the most clever hip-hop one-liners.

Apparently 47% of UK parent-bloggers are being asked not to disclose that their posts were paid!

Eminem talks about fame and creativity with Zane Lowe (best music journalist ever).

This Mouseketeer — who used to be a prominent Pagan — has converted to Christianity.

Them thighs though: Badass babe Elisabeth Akinwale on the “thigh gap” phenomenon.

I loved this story about Jenny helping out her super during Hurricane Sandy.

Tim Ferriss — of 4 Hour fame — has a new television show, and it’s available to watch for free. I really enjoyed it!

Learn all about the evolution of bitchiness.

Some advice if you’re in a really dark place.

Cuddling is the key to a committed and loving relationship. And here are some more tips from America’s longest married couple (81 years! And they eloped!).

I might have posted this before but it always makes me tear up.

Here’s how to stay in love if you’re on a weight-loss journey.

« Things I Love Thursday: Giving Thanks For An Incredible Year
Radical Self Love With Some Bodacious Brisbabes! »