Carousel: Why You Should Refuse To Worry, Solo Sex Magic, And Why You Will Marry The Wrong Person 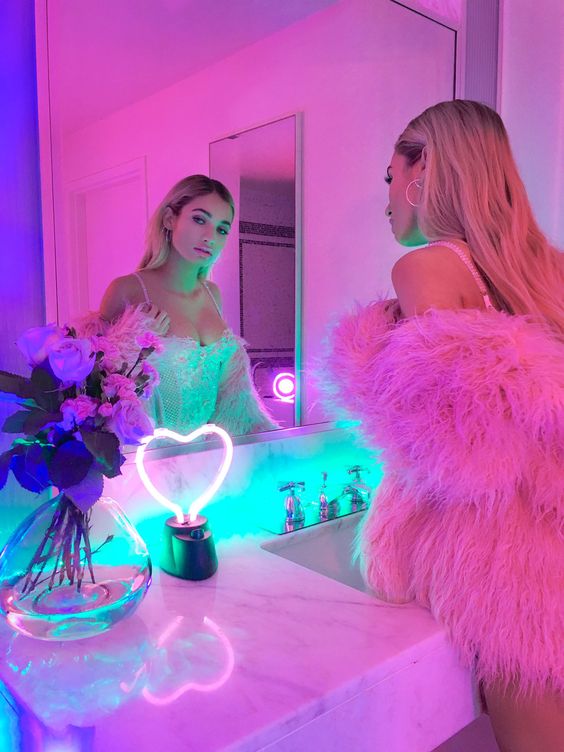 Happy July! Despite the insanity we’re experiencing in the USA right now, I hope you’re happy and healthy and looking after those around you. July has gotten off to a roaring start for me, with fireworks, love adventures, and concerts by the sea!

This is unreal — About A Virgo. I used to eat at this woman’s restaurant all the time!

The Toast is closing and here’s a piece about how making indie media with a small staff is impossible.

This is crazy. Tarot card reader kept murderer talking for an hour while waiting for police after dealing him death card.

What’s the “big real” of what you’re doing? Encouragement to think bigger from Danielle LaPorte.

This person has spent over $2k on Instagram props so far this year. Here’s a hint: just DON’T.

What’s the prognosis for media? Grim. Vice’s Shane Smith says we should expect a bloodbath within the next year.

Anthony Bourdain says don’t eat airplane food. And never drink in your hotel: find out where the people who work in your hotel drink.

Sorry, Not Sorry: My Apology Addiction by Lena Dunham.

I am a woman who is sometimes right, sometimes wrong but somehow always sorry. And this has never been more clear to me than in the six years since I became a boss. It’s hard for many of us to own our power, but as a 24-year-old woman (girl, gal, whatever I was) I felt an acute and dangerous mix of total confidence and the worst imposter syndrome imaginable.

How weed went from high times to high class.

I’m truly obsessed with this post: The Existential: Ten Tips For Saturn-Neptune Success.

Szalavitz argues, and argues compellingly, that when it comes to “hitting bottom” and so many of the other pseudoscientific approaches to fighting addiction, the actual goal — or part of it, at least — has always been to marginalize the addict, to set them apart and humiliate them. There’s a deep impulse to draw a clear, bold line between us, the healthy people, and them, the addicts. What clearer way to emphasize that divide than to cast them down into a rock-bottom pit, away from the rest of us?

To Get Happier, Focus on What Makes You Miserable

Americans are going to start wiping their butts differently, and — big surprise — it follows the Europeans by like, a million years.

Prince died from an opioid overdose. Fentanyl is 50 times stronger than heroin.

This is why you will marry the wrong person.

This song by Sun Ra is the best comedown music ever.

Being surrounded by blue (aka water) makes you happier and correlates to less psychological stress. So let’s all move to the Greek Islands!

Wayne White has done a series of serveware at Fishs Eddy!

We are ‘almost definitely’ living in a Matrix-style simulation, claims Elon Musk.

The only expert on your dreams is you.

Don’t get hung up on finishing. Whatever you can do is a gift.

I was interviewed on BroadCast:Broads Building Businesses.

Fuck yes Laurie Penny. Is marriage worth it?

Emotional labour, Weigel reminds us, is not just the cleaning and the cooking and the wiping of snotty noses, but the organisation of households and relationships, the planning of marriage and fertility, the attention paid to birthdays and anniversaries, the soothing of stress, the remembering of food allergies – all the work, in short, that goes into keeping human beings happy on an intimate level. Someone has to do it, and the burden has fallen on women to such an extent that it has been naturalised, made invisible by the assumption that women and girls are just built to take care of all this stuff, if not by God then by nature, with a great deal of pseudo-scientific handwaving over the specifics. The idea that we might not be, and that we might furthermore be fed up of doing so thanklessly and for free, is profoundly threatening to the smooth running of society as we know it.

The reframing of marriage and partnership not just as work, but as optional work, raises real questions for women and girls thinking about “settling down”. Is it worth it? Is signing up for what might turn out, even if you’re lucky, to be a lifetime of domestic management too high a price to pay for limited reward? Do you actually want to spend years taking care of children and a partner when it’s hard enough taking care of yourself?

Here are some awesome and actually helpful Buddhists concepts to apply to life when things get tough. I love this post.

Refuse to worry and be more useful to your friends.

Here’s how to find your edge, and find true healing in discomfort. Aka, pull down your mask!

Stoya Said Stop. She was one-half of porn’s power couple before she accused her ex-boyfriend James Deen of rape. Now she’s trying to fix the industry from the inside.

Apparently the number of men you’ve slept with is a good indicator of how likely you are to get divorced. More than 9 sexual partners increases your risk for divorce by 30%. Whoah.

Your personality isn’t fixed. In other news, science supports the idea that you can literally be ANYONE you want to be.

In one experiment, many student subjects opted to give themselves mild electric shocks rather than sit alone with their thoughts. Stop Googling. Let’s Talk.

Layla Martin is THE SHIT, I just discovered her recently and am so obsessed! Here’s her 10 minute sensual yoga practice, but you should go through her whole site because it’s rad.

How can you possibly figure out the value of the world’s largest diamond?

The lost gardens of NYC are beautiful!

Doubt is corrosive. Someone faced with doubt rarely brings her best self to the table. Doubt undermines confidence, it casts aspersions, it assumes untruths.

The Buenos Aires zoo is setting all the animals free!

Six ways to sexual healing from Alexandra Roxo. Essential reading for most of us.

This is pretty wild: Sexual Reflexology. Flick to page 91 where they start equating facial features with vagina size and you’ll be entertained at the VERY least.

Here’s why French women swear by cooch coaches. That is not a typo.

This very illuminating David Copperfield interview starts at about 14 minutes.

This song never gets old.