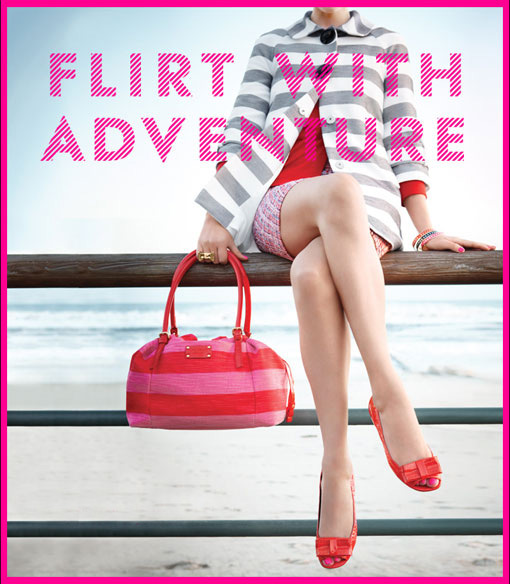 When my kids unplugged from Salon.com. “I felt social networking was driving my family apart — so I banned it, and watched my family blossom.”

Meditation ‘Changes Brain Structure’ In 8 Weeks, aka, even more reasons to sit down & still your mind every morning!

Why having a good career leaves women single: explained with a study from Sarah Wilson.

I wrote about the “special problem of intelligent women looking for love” a little while back. It picked up on what a lot of us are noticing. That women, despite being informed to the contrary, can’t have it all – career, kids and a frightfully successful career. Mostly because it means doing it all. Which is killing us. But also cos it’s disrupting age-old male-female, ying-yang dynamics.

BUT WAIT, THERE’S MORE! The Sexual Cost of Female Success.

What’s important is getting women to question every decision they make on the grounds of what insecure men might potentially think about it, men you’d never want to date anyway because their insecurities would make the relationship hell … Yes, this has everything to do with women and their choices, and nothing whatsoever to do with men not having learned to define success through any criteria besides work and landing a hot wife that your friends will be jealous of. … Yes, your wife must be hotter than you, but she must not be smarter than you and god forbid she be more successful. That’s as bad as showing the world you’re secure in yourself and your manhood. Certainly it makes much more sense to tell women to change their behavior than to suggest men ever think about changing theirs. Everyone knows that men are brutes driven by nothing but lust and greed and Lil’ Wayne choruses, incapable of any kind of self-reflection or change, and that women are just beautiful, mystical, malleable vessels that you pour your dreamcum into.

Why 3D doesn’t work and never will. Case closed.

The Different Types of People There Are On The Internet. HA!

Perhaps it’s because as Oprah says, “I want to make you a meal when I want to make you a meal. I don’t want it to be my responsibility to make you a meal.” Or it’s because as a twice-divorced friend puts it: “I’ll have lovers. I’d like a partner. But husbands? I’m done.” Whatever the reason or reasons for one’s intimate life choices, surely being upfront about them beats the hell out of pretending you’re just waiting for “the right one” to come along to make it legal. Being single is not the default until one strolls down the aisle. For many, like Clooney, it’s the destination.

Hotels with a macabre past. A slide-show of “vacation spots for the morbidly curious”, from the Bates Motel to the inspiration for The Shining.

I just discovered Travel Hacking & I am totally amped! Free round-the-world airplane tickets will be MINE! This is my new mission! & you can be part of the fun too, click the link below!

I was really flattered to be nominated for the Bloglovin’ Awards this year! I’m nominated in the Most Original category, & I’m in amazing company! Anyway, it would mean a lot to me if you voted for me. If I ever meet you in person, I’ll buy a cupcake! Promise! You can vote here, & thank you SO MUCH for all your support!

One of the best things I’ve read in ages–The Baby-Sitters Club: Where Are They Now?

Shae’s interview on Stylelikeu was, of course, AMAZING!

Andy Warhol’s Polaroids! They’re on display in NYC but if you can’t get to the city, the internet has ’em too!

Animal Planet has announced their 20 players in Puppy Bowl!!! (One of my favourite things on television ever. Too bad we cancelled our cable. Can I come & watch it at your house?) Duncan is pretty cute, so is Jack, but I think Louise & Molly could take ’em!

Hey… Do you wish you were attending Betsey Johnson’s legendary show at New York Fashion Week! Well, you COULD! Enter here! One winner (+ 1 guest) will receive tickets to the Fall 2011 runway show at NY Fashion Week on 2/14/2011 (Valentine’s Day) & hotel accommodations in midtown Manhattan for the night of 2/14/2011. Amazing! Enter enter enter! Betsey’s show is the BEST one in town, every year!

Bullish: Boost Your Career by Never Being Late Again (It’s Not Actually Cute).

There are lots of things — such as having your phone turned off for not paying the bill and deciding not to shave your pits because you love nature — that are sort of cute when you’re young and adorable and become increasingly grotesque as you age. There’s a life cycle on hapless damsel-in-distress behavior — even Sandra Bullock has outlived her ability to play a winsome, helpless idiot in our nation’s romantic comedy industry.

Anyone in the market for a real carousel? I got your back! I like that first one! Two storeys, & only $350,000! Holler! (Thanks & much love to Brenda for emailing me the link!)

Bisexuality, “Ass Worship,” and Failures in the Bedroom. Good questions!

When my car was the safest place to live. “I fought my way back from being homeless. But I understand men like Ted Williams, who just can’t seem to leave it.” The comments are amazing too, & I love this one…

What I remember is stars and roads and the scary, magical, complicated anonymity of big cities, and feeling like I was drifting free on a secret current running in perfect invisibility through that other, driven, unhappy world. Right in the real weather.

Joseph Gordon-Levitt writes about why The Social Network doesn’t define our generation.

Whether judging a person’s worth by Twitter followers or a movie’s merit by box office scores, the Information Age has introduced some disturbing new ways for us to measure our culture and ourselves based on trivial statistics and exclusive hierarchies. The low self-esteem and obsession with social status represented by Mr. Eisenberg’s protagonist speak to that brilliantly. And yes, using new communication technology in this way does indeed have the potential to alienate us, to stratify us, and ultimately to weaken the human race. However! …

Haunting Images Of Detroit’s Decline. I find this so eerie, & sad, but the photographs are amazing. I can’t imagine what it’s like to walk around there, among all those decaying buildings.

5 Things You Can Learn From Looking at Your Own Hands. Awesome!

The Forty Elephants Girl Gang: London’s Seamy Underworld. They were the biggest gang of shoplifters between the 1870s & 1950! The women would wear special coats sewn full of hidden pockets.

On the plus side, they threw the liveliest of parties and spent lavishly at pubs, clubs and restaurants. Their lifestyles were in pursuit of those of glamorous movie stars, combined with the decadent living of 1920s aristocratic flapper society. They read of the outrageous behavior of rich, bright young things and wanted to emulate them.

Meredith linked to this video saying, “1st time I heard that song a few years ago, I cried until I puked. Now I’m sitting here laughing ’til I cry. Time heals all wounds, eh?”

Alix shares a rad manicure tutorial! (So easy & so cute!) Now, to the stationery store…

The New and Unworn Clothing That Haunts Your Closet. Apparently the average British woman has 22 outfits-worth of clothing in her closet that she NEVER WEARS! Do you think you have more or less unworn clothing in your own closet?

Cinderella ate my daughter. I don’t agree with all of this but I think she raises some good points.

How we re-named our transgender child.

Best song to wake up to! Promise!

Did you get laid this morning? (It’s good for you!)

I love this little excerpt on short hair c/o Kelly. It’s so true! (& doesn’t she look so gorgeous with a crop?!)

Maria Björnbom-Öberg filmed a time-lapse drawing of me, & it is amazing!Seriously, how talented is she?! Go look at her blog!
I love this link from Chloe!
This song is most excellent.

Remember that our first Radical Self Love Workshop is on Tuesday afternoon! Over 100 people will be in (digital) attendance–I’m so delighted! Be sure to snap up your ticket if you want to join in the fun!

Stay warm this weekend & look after yourself!