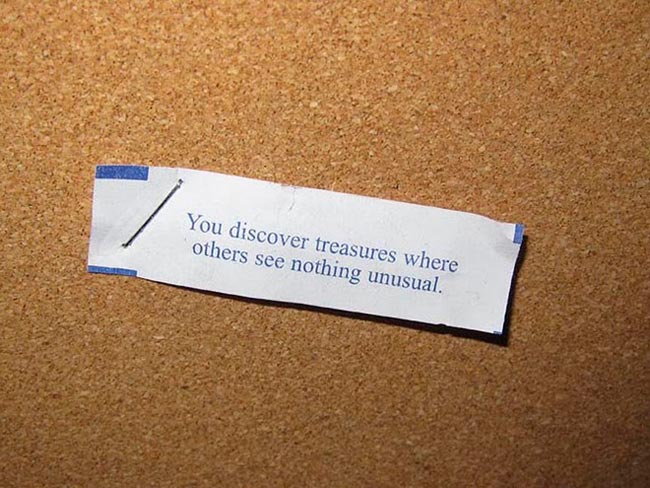 How to do many different things at once from Jen Dziura.

I adore what EV Bogue has to say about email.

The shopping detox is becoming a popular thing. This piece from CNN is a good read.

Malls and retail displays are designed to create a quasi-hypnotic state observed by social scientists, dubbed the Gruen transfer (in honor of the late Victor Gruen, the architect who designed this country’s earliest shopping malls), and exploited by merchandisers. It sounds like science fiction, but it’s real: Humans bombarded with certain kinds of music, light, shapes, and smells go into a mindless shopping daze. Once the Gruen transfer kicks in, we become like Aladdin on quaaludes, groggily grasping at whatever we see.

I was at breakfast with Molly & Nubby a couple of weeks ago when I told Molly that I wanted to go to Dubai. I had seen some footage on television & it looked amazing. “Don’t go there,” she said. “It was built by slaves.” I had no idea. Then I read this article from The Independent.

I’ll Get To It Later: Why People Procrastinate

Lost city of Atlantis, swamped by tsunami, may be found.

I knew all of this already, but it’s nice to have something definitive on the subject. TV is heroin crossed with hypnosis… Which is why I don’t like it!

It’s highly addictive, makes us docile (without actually relaxing us), stresses us as if we’re experiencing what we’re seeing, makes it harder for us to concentrate and over time really does make us stupider.

I love this post from James of Black Milk. (Best tights in the universe, y’heard?!)

A lot of people complain about how tough it is in fashion. Anything that can go wrong does. People steal your designs. You have to compete with a massive industry in China.

It’s good that anything that can go wrong does go wrong because it weeds out the pretenders, the charlatans, the fly by nighters, the glamour boys, the party girls, the poseurs, and the egomaniacs.

It’s good that people steal your designs – it let’s you (and everyone else) know who is on the cutting edge and who is trailing. Makes you push on instead of settling.

It’s good that you have to compete with China because it makes you ask the important questions, such as “If I can’t compete on price… what can I compete on?” And “What can we do better than anyone else in the world?”

Rumi’s post about Japan gave me chills. She was there when it all went down.

Attracting lovers who cause you pain? These words are for you!

Not cool, Etsy: Etsy users irked after buyers, purchases exposed to the world.

Memo from the Moon in Leo.

F-ck Yeah Headlines is a collection of headlines drawn literally! It’s so great, I love it.

Want to know more about Zoe Foster — of Cosmo, Fruity Beauty, & Primped fame — & her career path of glory? There’s an interview with her here.

There’s going to be a super-full moon!

Jennine of Independent Fashion Bloggers fame delivered the keynote speech at the Texas Style Council. If you weren’t there to see it live, you can read it here. It’s all about finding fulfillment as a blogger, & it’s fantastic.

The Marzipan Manifesto is all about luh-luh-loving yourself just as you are!

Erin is putting together a zine on body image & she wants your love letters to your body! (Hey, even if you never submitted it, wouldn’t that make for a great piece of RADICAL SELF LOVE homework? …You should submit it, though!)

Oh oh OH!!! How to attract & deal with various zodiac signs. You know I love this stuff! (Since it is about love though, it helps to know the object of your affection’s Venus! I’m a Virgo, but my Venus is in Leo — much more “me” when it comes to love!) Additionally, if you look back at the older entries, there is so much stuff!

Absolutely in love with this video.
« Things I Love Thursday: Evil Nurses, Psychics On The Street & Pink Flamingoes!
The International Playgirl’s Guide To Paris! »