Carousel: Vintage Shopping Tips, Celebrity Time-Wasters & How To Have Any Hair You Want! 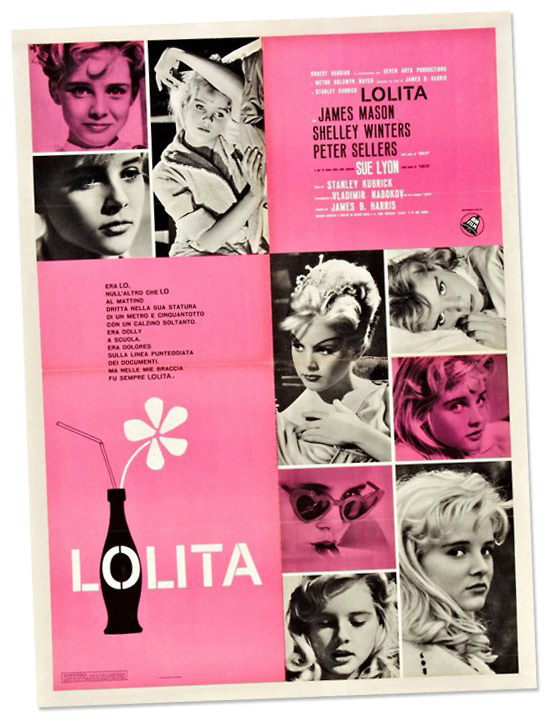 Did you ever see Party Monster? (It’s a goodie!) Well, this documentary about the Limelight sounds fantastic!

Rachel Rabbit White writes about rock groupies & feminism, including a breakdown of the who’s who of groupies of history. Love!!!

My friend Dena tells how she lost 70lbs… & the answer is probably not what you’re expecting! She also wrote a great article about dealing with negativity & criticism!

This article about the perks animals get at certain high-class hotels is quite incredible!

Here are some secrets to a healthy marriage.

I absolutely love this: An Open Letter to an Unhappy Swan, and to All the Pretty Girls Who Get Pissed Off Sometimes About Being Pretty.

My hunch tells me that you’re young, and that your confidence wasn’t great to begin with, and that like I was at one point, you’re just flattered to be asked out by a “winner,” and that you’re fucking terrified that if you ease up on yourself even a little, you’ll be 16 again with a big nose and dowdy clothes.

I announced on Twitter that my winter project was going to be bedazzling everything I own. Here’s a DIY to make a sparkly camera strap! Superb!

Is it time for you to write an ignore list?

Nubby wrote up a little somethin’ somethin’ about our joint birthday party this year.

Elsie from A Beautiful Mess wrote up her top thrifting tips — & believe me, she’s a girl who knows!

Lunice is awesome; here’s a mix he did for Fader.

This is kinda similar to the ignore list post above: How many minutes of your life have been stolen by ScarJo’s ass & various Kardashians? (& other questions raised by keeping a time diary.)

I recently discovered Fit & Feminist & have really enjoyed reading through it. I especially recommend the power & politics of height & my anti-‘perfection’ manifesto.

This article on gender policing is good, good, good! Feminist Figure Girl’s is a professor & a bodybuilder (RAD!), as well as a hilarious writer. This made me laugh…

I should set up my own dating agency because many of my female friends are single right now; they are also beautiful, successful, strong, and sassy. And straight, suggesting that they might want to consider batting for the other team. All of them insist that it is hard to find a good man, but I bafflingly meet great ones on a regular basis. Maybe I have low standards? Out of sheer frustration one of these hot gals resorted to reading The Art of Seduction by Robert Greene. Using famous seducers as his examples—history is not his strong point for the smelly and worm-ridden Louis XIV appears as love-monkey number one—Greene tells readers how to manipulate their object(s) of desire in chapters entitled: Choosing the Right Target (aka Victim), Approaching Indirectly, and Sending Mixed Signals. According to Greene, the successful seducer should ‘alter an exciting presence with a cool distance,’ and create ‘exuberant moments followed by calculated absences.’ This unstable persona sounds like an ass clown to me, but maybe some people crave that sort of thing. My friend was more interested in discovering what kind of victim she was, rather than in learning how to befuddle unsuspecting targets. She fell into the category of ‘dreamer’ (highly susceptible to liars) and I was deemed a ’sensualist.’ Basically if a swarthy sheik wearing eye liner surrounds me with soft Persian rugs, incense, and baklava, I will be unable to resist his man charms. Duh.

…On the other end of the spectrum, what? Daphne Guinness claims, “I’ll eat when I’m dead.” O-kay… I love her style but that is just daft. (The comments — all of them about farting — are amazing.)

In China, love letters with 7 year delay to tackle divorce rate: “Addressing the problem of a growing divorce rate in Beijing, newly weds can send each other sealed love letters, which are stored by Beijing Post and delivered seven years later.” This is such a great thing! I would do it if I lived in China, for sure. Also, that “Love Passport” idea? GENIUS!

I loved this post from Naomi about having a little bit of time away from her baby… I’m sure lots of mamas can relate! Plus, how cute is her family?! So cute!

What are some cultural faux pas in New York? Yes!!!

New Yorkers might be able to buy fireworks again. I love fireworks, so yay, but I think the only reason they’re doing it is to pump some more money into the economy… & I always worry about people blowing their hands off & stuff…

Here are some tips on fashion interning, in case that’s something you’d like to pursue!

Luxirare “repaired” a pair of shoes… Aka made them about a thousand times better. It must be amazing to have that kind of skill & knowledge base! I never cease to be impressed by her.

Hipster Music Blogs Need to Get Over Their ‘Authenticity’ Problem from Gawker. This is a piece about Lana Del Ray (who I think is pretty great, check the videos further down the page), & about how — now that she has a manager & a stylist — is apparently a fake & a phony. Um… No. Anyone who has ever been successful has undergone a transformation to turn them from Joe Schmoe into something a bit more sparkly! Sorry to break it to you!

From Primped: These days you can have any hair cut/style you want! This article shows you how. BAM!

I just discovered Design Love Fest, it is ORGIASTIC for the eyes!

What does your star sign say about your style? Um, YES to “I’ve never met an Aries who didn’t love red.” Seriously, every Aries I know is OBSESSED with red (including my husband, my mother, & one of my best friends)!

Have an INCREDIBLE weekend!