Man are Stupid, Women are Crazy by this guy Peter I met the other day. I thought this essay was reeeeeally interesting… what do you think?

Why I Love America by Inga Muscio!

My awesome friend Eden wrote about her infatuation with homo thugs the other day. & I liked it. Yes I did.

Nubby asks, What is Your Definite Major Purpose?

I love you Scarlett Johansson. Even more than I did before.

“I’m not normally the type to dignify toilet paper rags with a response, but in this case I feel it’s my responsibility to comment.

The AstroTwins now have a blog where they write about astrology as it relates to celebrities & current events. Good times!

Fashionising reports on lingerie as outerwear as a trend. But if you’ve been reading for a while, you already knew that. Hee.

Vlada Roslyakova is a looker.

Remember how I said last week that my friend Jordon was photo-documenting the Atmosphere tour? He’s still doing it & his photos rule. I like this one & this one plenty. He is good, no? He also started blogging about it, you can read about the madness here at Promises To Keep, Miles To Go Before I Sleep. &!!! It was his birthday the other day. So show him some love!

Dhrumil is the business. The other day on Twitter he said… “Kinda funny how the “FML” saying has taken off. One thing is for sure, negativity does connect people, but only in the most superficial way. FML = “Hey, you think your life is crazy/bad/rough… check MY life out. I can top you!”” Then he directed my attention to L My Life. SO GOOD. Look!

Today, some Jehovah’s witnesses came to my house. I hate being bothered by them, so I decided to have some fun and invited them in to some tea and brownies. I had just baked the brownies by my special recipe – with lots of weed. We chatted for about half an hour and they left. About an hour later, I went out to the store. On my way, I saw the three of them laying on a bench and laughing at the sky.

Exploring the Style Behind ‘Grey Gardens’ from The New York Times.

Five Rules For Life is totally excellent & you should submit something! (I like Terry Shannon‘s especially!)

Reinventing Date Night For Long-Married Couples is about how to keep a long-term relationship fresh. Makes sense… & this is old, but still relevant: For Couples, Reaction to Good News Matters More Than Reaction to Bad.

Trust Me. You’ll Look Cool In This. is a piece about TopShop’s style advisers.

Steve Pavlina makes some great points in The Joy of Solving Problems.

One of the reasons I’m doing well financially today is that I solved the problem of being broke about 10 years ago. It was definitely not an easy problem to solve. I had to go through a lot of difficult intermediate steps to become strong enough to solve it. I made many adjustments to my attitude. By lifting those weights, I grew stronger mentally, and my finances soon followed.

Consequently, I know that if I ever found myself broke at some point in the future, I could solve that problem again, probably much more quickly than I did the first time. Even though I have more to lose these days from a financial perspective, I don’t fear losing it. I know I have the strength to bounce back. My real gain wasn’t money. My real gains were inner strength, knowledge, and skill.

Finally, Soundset happens next month & you should consider going. The line-up is incredible! I am most stoked about seeing The Pharcyde (!!!), Cunninlynguists (!!!), Immortal Technique (!!!), MF Doom, P.O.S., Blueprint, Blue Scholars, & Atmosphere. Uh huh. 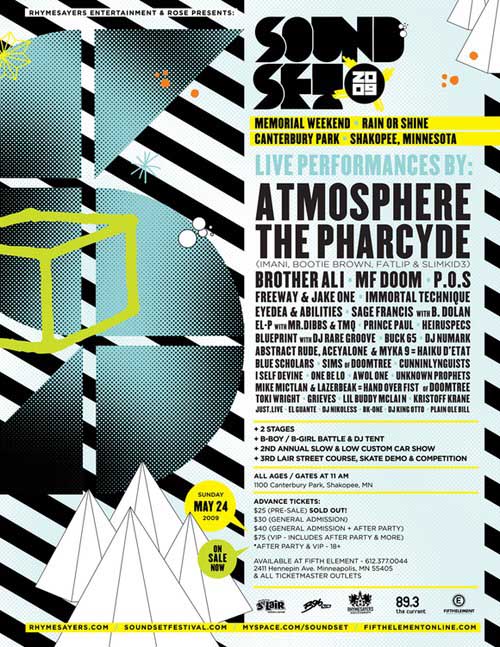 This is one of my (many) life philosophies 🥰 It

Should you stay or should you go? Here's my take..

I had to use this audio of @courtneylove to showca

Is it too much to ask for a romcom?! 😩 Cheer up