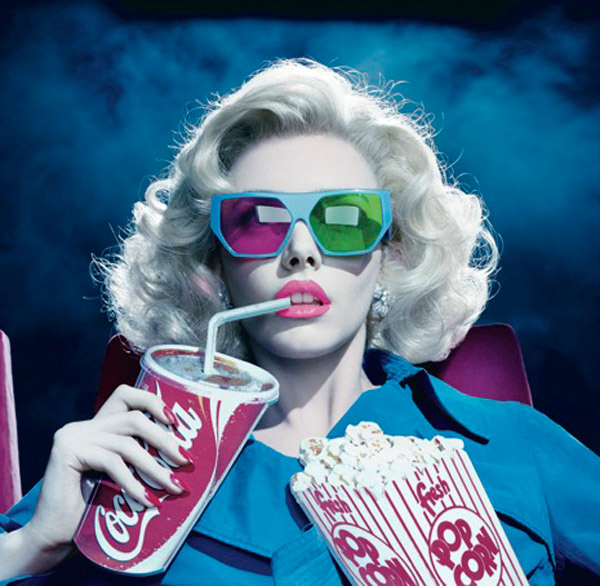 Ugly Vegas Carpets Want You to Keep Playing! The carpet in Las Vegas is magnificent & unparalleled! Have a read.

“The premise behind this architectural installation, featured in this year’s Venice Biennale, is that clouds are nature’s very own framing tool. This poetic tribute to clouds captures the stuff that dreams are made from, and thanks to the engineering team, Transsolar and Japanese-based Tetsuo Kondo architects, people can feel the ethereal texture of walking amongst clouds without having to kiss the sky.”

If you’ve read a magazine in the past few years, you’ve probably encountered the fiction writer’s lament: America, they say, no longer has room for literature. Google is apparently rotting our brains. Flashing screens everywhere feed us a constant glut of infomercials, video games, Snooki’s hair poof — what literary figure can compete with that? But the decline of the printed word has seen the concurrent rise of a different kind of wordsmith: the rapper. The work of hip-hop artists might be collected on mixtapes instead of in weighty tomes, but in both games, lyrical dexterity and a nimble wit are key. To put this all in perspective, we’ve determined the 20th century literary doppelgangers of 10 top rappers.

The earthquakes in Christchurch, New Zealand have been devastating & they’re still getting strong aftershocks to this day. Dr. Sketchy’s is doing their bit to help!

Aww. Am I a bad person finding the 12 most depressing Keanu Reeves quotes funny?!

Top 5 Most Romantic Cities. New York City is on there, of course, but so are San Francisco, Seattle, Miami & New Orleans. It’s a good piece, well-written. I’m into it.

The most amazing wedding invitations you’ve ever seen… I promise.

Sarah Wilson wrote about the top five regrets of the dying. Also, apparently $75,000 a year will buy you happiness!

There are reasons, but never excuses — on drama.

“Cable channel Showtime asked a handful of talented interior designers to interpret the network’s hit shows. Their task was to create individual room themes at the Cassa Hotel and Residences in New York City. Here are some photos of the rooms inspired by Dexter, Weeds, and Californication.” The results are fantastic — especially for Californication.

@astro_wheels is the Twitter account of NASA astronaut Douglas H. Wheelock. He takes incredible photos from space, you should follow him! Here are some of his best.

Entrepreneurial widsom, insight & inspiration from some of the best. There’s some really good advice here, even though I admit I don’t know who all the people are!

“My advice is to not soldier on. Let me unpack that…too often, we push, and we plow, and we override our deeper instinct and intuition. We ignore fatigue and red flags. If a project you’re doing is starting to feel like a chore, if it’s not lighting you up, if it’s feeling like you’re working for someone else — even though you’re supposedly working for yourself, then you need to lay your burden down and put your energy where it will grow and create a return for you.” (Danielle LaPorte)

Here’s some information about the earthquakes in Christchurch & here are some ways you can help.

I love a good dose of street art!

Kris Atomic loves stationery just as much as I do. She has hunted out some divine things with which to decorate your desk!

Capricorn Noire is sexy & I am totally grokking it right now!

Breaking Up (With A Taurus) Is Hard To Do is just hilarious.

You probably already know about her, but if not, Color Me Katie will be a revelation!

Same goes for this one — it’s an oldie but a goodie, & worth drawing your attention to! THXTHXTHX.

If you love enormous oversized bows like I do, check out Starry Eyed Bowtique. I’m loving that enormous turquoise PVC jobbie!

Happiness for artists #1: How to fall in love again with working from home by nonpareil Becky!

There is this thing currently going around tumblr about why dating a writer is good. I think it’s nice that this thing is going around, because I like writers, and lots of us could use more dates. As a writer who has dated people, though — including other writers — I would like to offer some correctives to this list… The items in bold are the alleged reasons to date a writer. I have replaced the original commentary with my bleak corrective, in lightface.

Sexy Time: Do It Alone! See also: Politics of Pleasure!

Life hacks. Some of these are a little ridiculous &/or lacking in integrity, but some of them are really smart. Use your discretion!

This image came from Theirtoys.com.

Seth Godin at Gel 2006 from Gel Conference on Vimeo.

Sydneysider Kristian Anderson, 35, has been having chemotherapy since he was diagnosed with cancer in October 2009. He made the video for his wife of seven years, Rachel, as a birthday present and a thank-you for her support.

I’ve been gathering up bits & pieces from the Evolving Influence conference last week. I even managed to find this video of my speech! I wish the clip was longer, but unfortunately, it isn’t. There should be a proper video coming soon though, so sit tight!

Spotted: Gala Darling at Evolving Influence Conference is a little piece about my favourite beauty products!

The IFB Emerging Influence Conference Was Beyond Amazing from The Fat and Skinny on Fashion.

Here’s a live-blog of my talk!

Evolving Influence from What She Found.

Stylish Thought goes… to IFB Evolving Influence conference. She is a sweetheart!

B Spontaneous: IFB Conference in NYC.

IFBCon Part 1: Making a living with your blog & Cultivating a passionate readership. This is a great summary! Very detailed.

Highlights of the Independent Fashion Blogger’s Conference has videos!

My experience at IFB Evolving Influence Conference from Pretty Til Dawn.

If all those write-ups don’t make you wish you’d been there, well, I don’t know what to say to you! Jennine always puts on such an amazing event & I’m sure the next one will be even bigger & better. (By the way, If you were there & wrote up your experiences, please send me a link so I can include it next week!)

Okay, that’s it from me… Have an amazing weekend! Be excellent to one another!

« Things I Love Thursday
Behind The Scenes With Shae Acopian Detar & Gala Darling! »