It’s only a little carousel this week! Like those tiny ones at airports, you know the type…

Don’t Even Think Of Touching That Cupcake! & The Dating Coach Is In from the New York Times.

Living in gratitude instead of desire from No Impact Man.

How to Accept Criticism with Grace and Appreciation from Zen Habits, my old favourite!

Inadvertently Ask Daddy Likey is hilarious. I love Winona. That is all.

Also, a special announcement. Pink-haired wonder & leader of Hug Nation, Halcyon, is about to embark on a national Hug Tour! Here are the locations & some information about the tour, & here’s a video overview of the tour. I wish I could make it, but unfortunately I am not in the United States! Anyone who can go SHOULD! 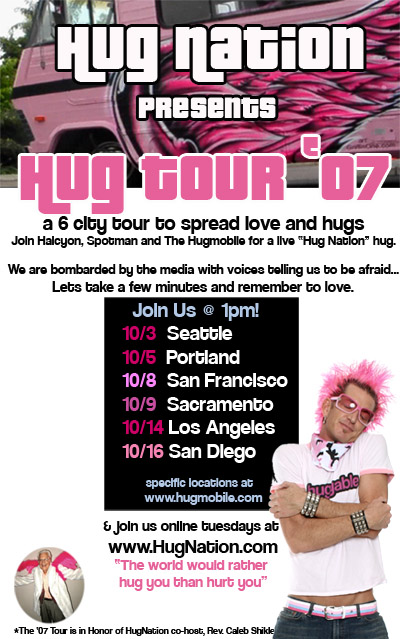 « Things I Love Thursday
The Power Of Eyebrows »