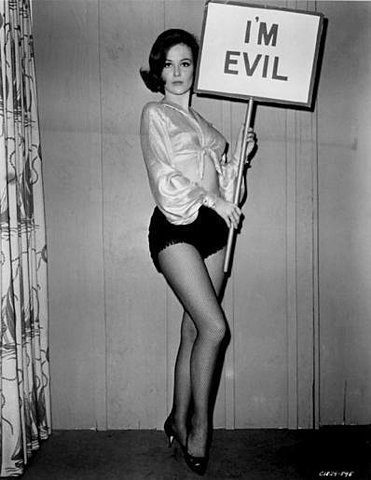 Confronting Life is about a husband who confronted a couple of abortion protestors. I LOVE THIS. BRAVO.

Procrastination from You Are Not So Smart.

HERO: Man Lives on cliff and talks down suicide jumpers… for last 50 years!

Finding beauty & strength in pain from Evolution You.

The Price of Wedding Photography & How Much Should I Expect to Spend? Kat lays it out!

From Jonathan Fields: Should you stop blogging too?

I See A Makeover In Your Future is the greatest concept for a shoot ever!

Elle Muliarchyk has seen enough psychics to take their soothsaying with a pinch of sodium chloride. A model turned photographer, she believes that the clothes she has worn on the day of her readings have influenced the prognostications she has received.

This kind of creeps me out: Wearing the Hair of the Dog.

I like saucy knickers. Lingerie moves from the drawer to couture.

Here are some moving illusions for ultimate brain trickery!

Naked Truth: Why Women Shrug Off Lousy Sex. “Your girlfriend isn’t satisfied in bed. Does it matter? For some couples, the answer might be a resounding yes. But for many women, a lack of sexual desire or pleasure isn’t worth getting worked up about. Studies find that while one-third to nearly one-half of women report sexual function problems, only about 10 percent are worried about those troubles.”

I love this compilation of quotes.

Here’s a list of the top ten places to live in the world.

Amy Winehouse models her Fred Perry line. I think she did a good job.

Gambling allows us to narrate our own downfall—each new hand another turn of fortune or squalor.

Paid To Do It, But Fails To Make His Friend’s Wife Pregnant After 72 Attempts. This article made my jaw drop!!!

Your brain can’t get enough love. “When a person falls in love, 12 areas of the brain work in tandem to release the same euphoric feeling as using cocaine, according to a new study.”

What Mimicking One’s Language Style May Mean About the Relationship from the University of Texas at Austin.

Block That Adjective! On writing.

7 Essential Skills You Didn’t Learn in College from Wired. 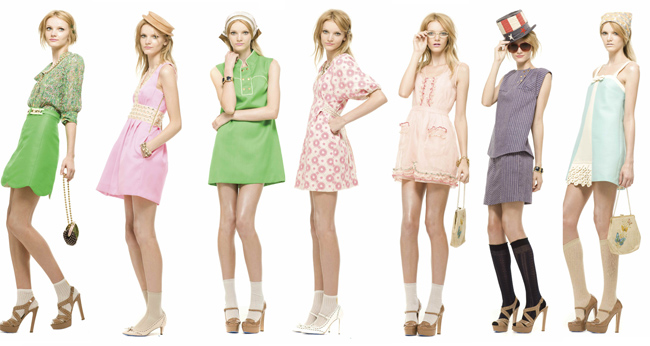 Lauren Moffatt’s Spring 2011 collection is SO BEAUTIFUL! I’ve never seen anything like it. She called it The Honeymooner & it is so perfect for that! Super-gorgeous. She also shows you how to DIY a vintage leather patina!

Wildfox Couture tells you how to have a very Wildfox halloween!

Haute Halloween: how to make a fashion statement with your Halloween costume! If you want to, of course.

Hahaha, this one is totally disgusting, but really I am just amazed that it exists at all. EV Barf is about tracking… the vomit… found around the East Village of New York City. Um, wow!

Is Candy Evil or Just Misunderstood? from the New York Times.

Who Lives There: The Pyramid Atop Seattle’s Smith Tower. This little family lives up HIGH but I love their space!

Can meditation change your brain? Contemplative neuroscientists believe it can. I don’t doubt it for a second!

Talking with other people in a friendly way can make it easier to solve common problems, a new University of Michigan study shows. But conversations that are competitive in tone, rather than cooperative, have no cognitive benefits.

Love the Bard? Here are 15 Forgotten Facts About William Shakespeare.

What Was The Hipster? This piece is really quite fascinating.

True to type: how we fell in love with our letters is all about the history of typefaces, the immense care taken in their design, & how they impact our lives.

The State of Jay-Z’s Empire from the Wall Street Journal. “He’s worth an estimated $450 million and hobnobs with Bill Gates and Warren Buffett. How the Brooklyn-born performer has become the leading music impresario of his generation.”

If you’re in NYC — or if you’re just a New York obsessive — 101 Things To Do In New York City In The Fall from Time Out New York is lovely!

Minimalist self-loathing in three easy steps from Zen At Play.

NASA is looking for someone to be the first visitor to Mars… Only catch? It’s a one-way trip!

The end of journalism as we know it (& other good news is the transcript of a recent speech by Annabel Crabb.

Write A Bike! I love it!

I loved The Comedy Company as a child!
My friend Neil (of 1000 Awesome Things fame) spoke at TEDxToronto& he was brilliant. Watch! Enjoy!

Have a fantastic halloween!

« Things I Love Thursday
The Widow Of The Manor »