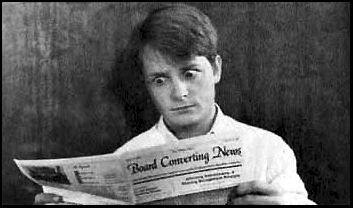 I have a recurring fantasy which involves me writing a letter to a celebrity & changing their life, somehow. Just in some small way — giving them a bit of unexpected support. I have learned what a difference it makes. In this fantasy, it’s always a celebrity who has fallen from grace in some way, or who is no longer “A List” for whatever reason. Someone who I think needs a bit of love & encouragement.

I think about writing to Michael1 Jackson & telling him what a genius he is — that I have faith in him, that I believe in his talent, & that I’d be totally keen to ride a carousel with him someday.

I imagine writing to Michael1 J. Fox, saying how much I loved him in The Secret Of My Success, & that I hope his family is happy & healthy & that they all have breakfast in bed together on Sunday mornings.

I don’t know why, but it really tugs at my heart-strings to think of ex-celebrities sitting around, lonely in their enormous homes. No fan mail, or maybe just one letter a week from that slightly crazy old woman in Ohio who has been writing since the start of their career. It must be hard to go from worldwide adoration to D List.

If you’re interested in participating in my ageing celebrities outreach program (hee!), you can find addresses here. Who would you write to, & what would you say?

Yesterday I got the question, "How can I love myse

RADICAL SELF-LOVE: it can be oh so tricky! As we

I was featured in @forbes this month, which is a g

Feeling lost? Unsure of your next move? I GOT YOU,

MY MORNING MANIFESTATION RITUALS: (Because people

Let's talk about the "Is that all there is?"-ness