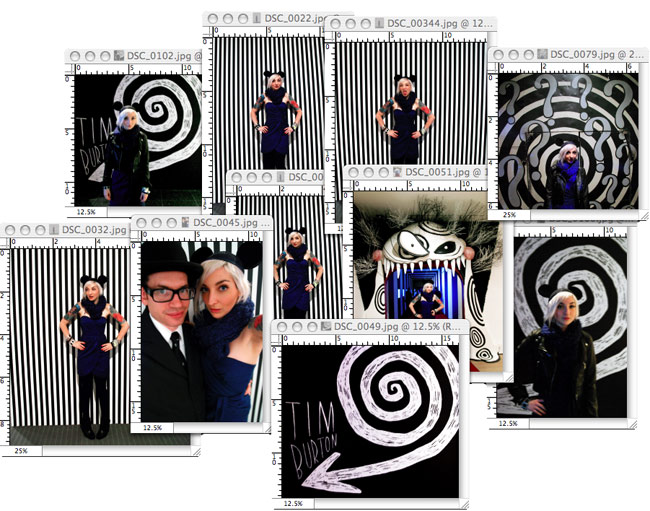 Last night was amazing. The Dish & I made our way to MoMA for the opening of the Tim Burton exhibition. It’s open from November 22nd to April 26th 2010 (!), so there is plenty of opportunity for a descent into his creepy world! 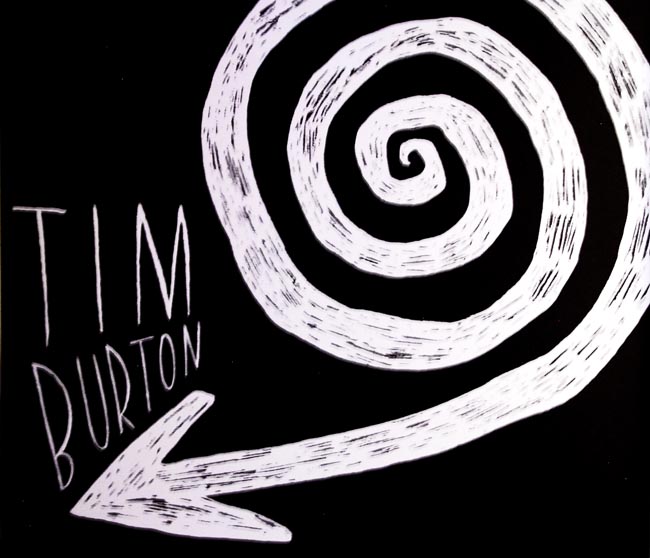 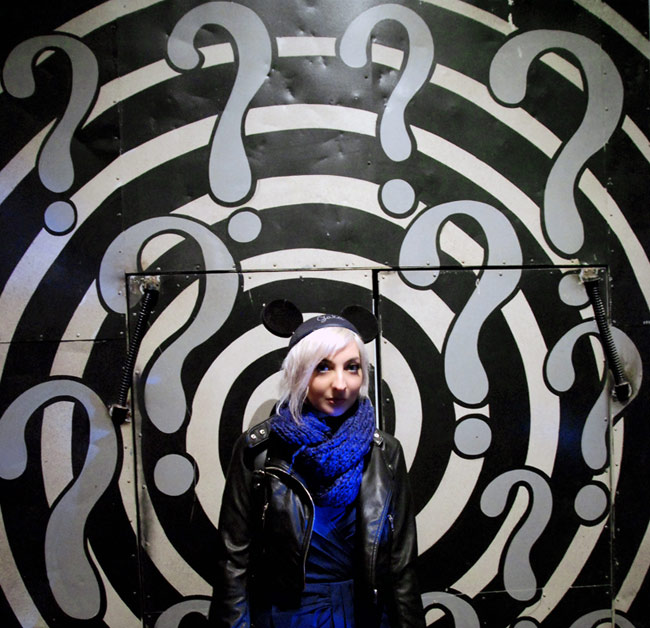 There is so much to take in, it was kind of overwhelming. There are puppets, drawings, costumes, immense balloons, sculptures, photographs & all manner of rad artifacts. In this picture I’m standing in front of tin doors from Ed Wood. 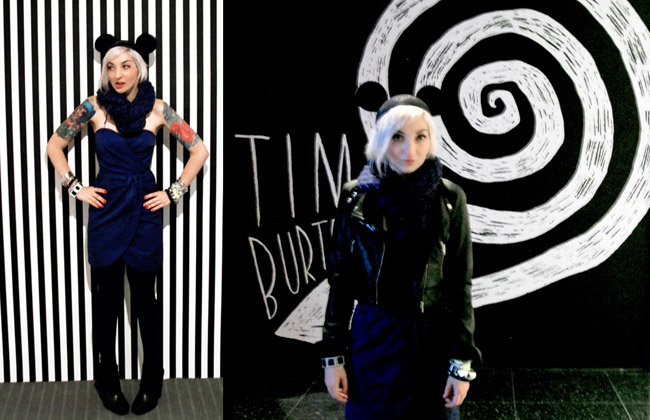 As you would expect, stripes were a definite theme. Downstairs there were a bunch of striped walls (swoon!), so we took some outfit photos…

Mouse ears (with my name on them) from Disneyworld

I did tell you I was going through a blue period! I am so in love with this colour I can’t even tell you. 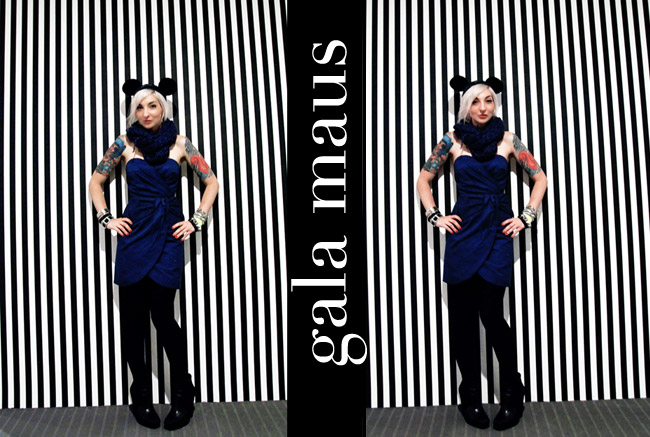 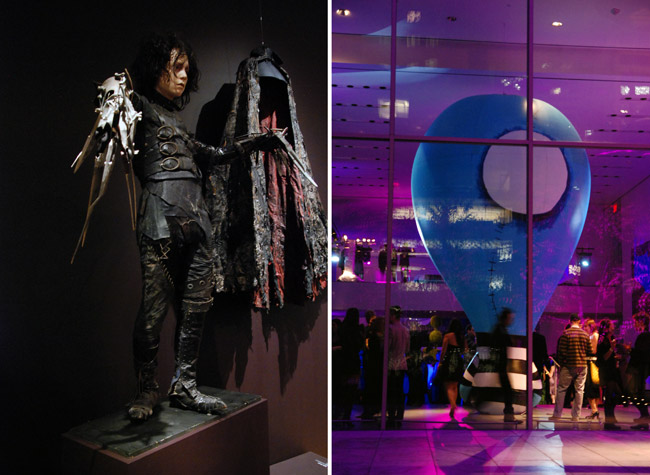 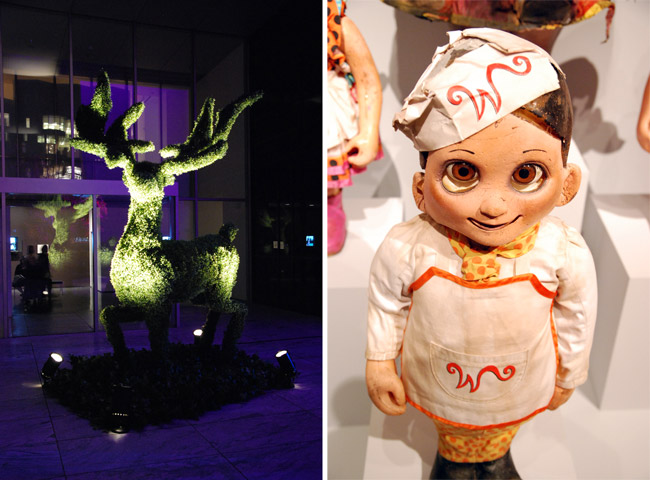 There were some amazing people there too. I met a woman who was wearing a hat made from hair extensions, & Brooke Shields was being followed around by a very burly man in unusual glasses. Helena Bonham-Carter was wearing an extremely sparkly black dress & had some of the biggest hair I have ever seen. She left the building arm-in-arm with her mother. It was cute.

But the best moment of all had to be at the end. The Dish & I were sitting on a bench near the exit, beside the garden, drinking & talking. All of a sudden there was a weird silence, & we looked up to see Johnny Depp being escorted out of the building. He was with a couple of security guards & maybe his wife but I’m not sure. They had cut through the garden to avoid all the party-goers & were just about to reach the door. We looked at him, & then he looked at us & nodded before walking on! I know I sound like a huge fangirl (“Oh my god, Johnny Depp NODDED AT ME!!!”) but it was the raddest thing ever. We like to think that in that brief moment what he was really saying with his nod was, “Wow, you are both so well-dressed & obviously cool, why don’t you come to the south of France & kick it with Vanessa & me for an indefinite period of time?” …Um, also, he is very, very handsome in person. 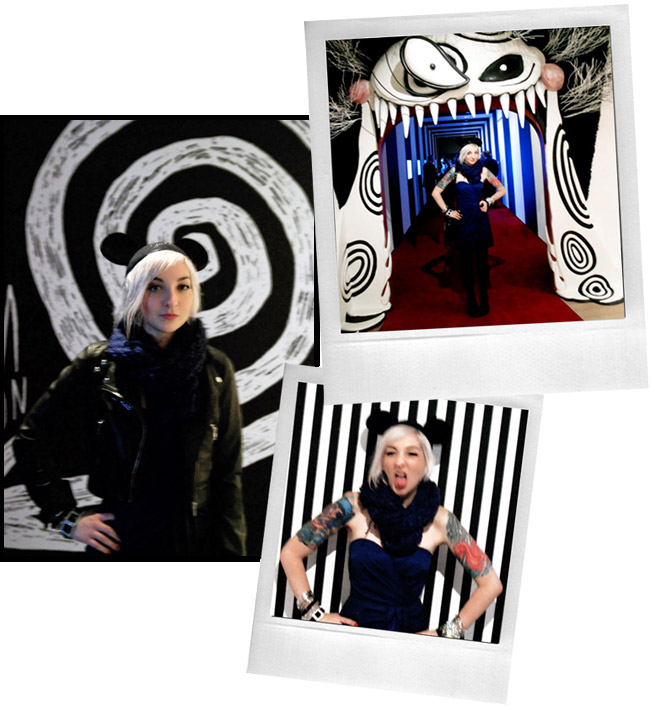 You should definitely go if you can! Thanks to MoMA for putting on such a great event & for having us.