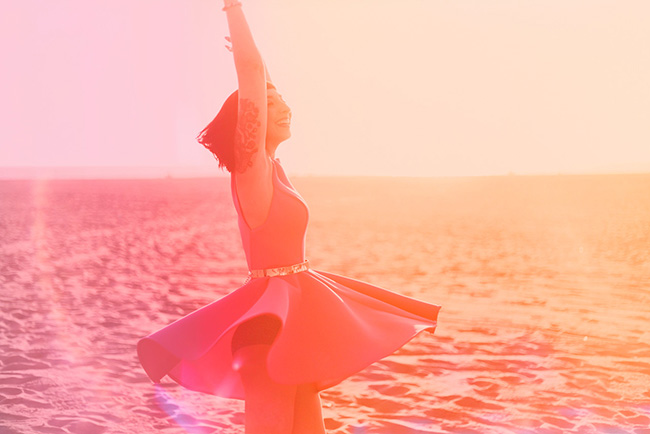 There are always so many things to be thankful for, and when the Sun finally comes out for good, I feel even more ecstasy coursing through my veins than usual. Sunlight streams into Darling HQ, hitting the crystals in my window and making rainbows dance all over the walls. The trees thrill us with pink blossoms before exploding with fat green leaves. It’s perfectly appropriate to bust out the Tan Towels, jump on a Citibike, and spend hours in a park, doing nothing at all. It’s my favourite time of year.

There is a lot going on around here lately, and it would be easy to get overwhelmed. Instead, I’m choosing to see the best in everything and everyone, pacing myself, and rocking out that silver lining.

Below are five things that have brought joy to my life lately… And some suggestions for how you can bring a little bit more happiness into your life! 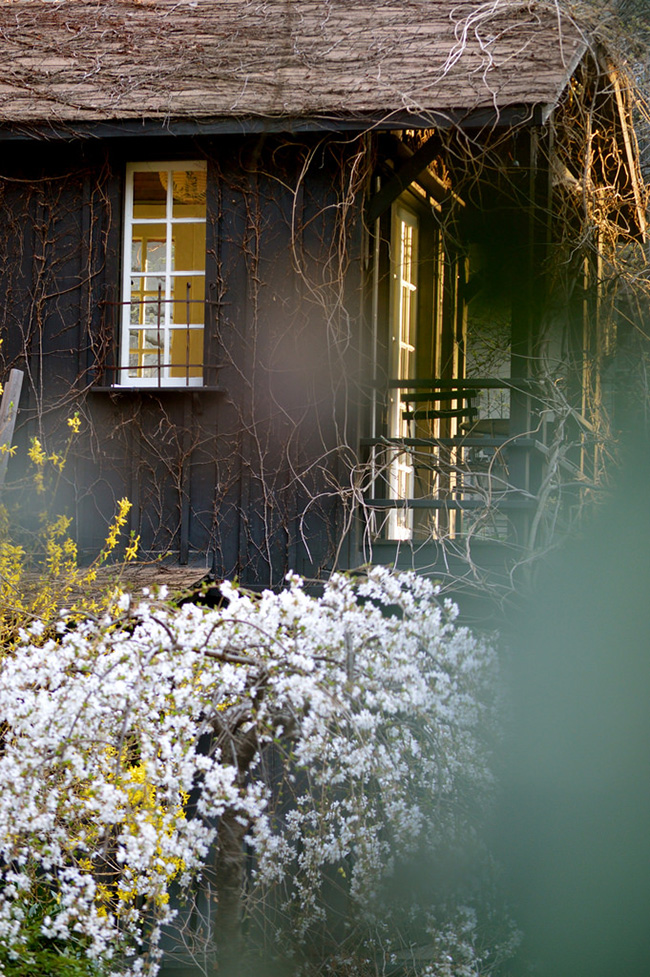 New York City is a weird and beautiful place, where lovely things spring from dire circumstances. In the 1970s, the city was pretty much the worst place ever, and President Gerald Ford was quoted as telling the city to drop dead (even though he didn’t actually say that). The city was in financial ruin and the population dropped by a million people, leading to the abandonment of a lot of public and private land. The good news? Some of those derelict lots were turned into miniature gardens by people who lived nearby.

The Department of Parks and Recreation initiated a program called GreenThumb which oversees these community gardens. They are all over the city, in every borough: some are full of flowers, others are farms, and the best part? They’re all open to the public.

The day after I returned from Tulum, I attended a volunteer orientation day at my favourite community garden, 6BC. I’ve been in love with it ever since I first peeked through its gate, and I don’t think it is an exaggeration to say it is the most glorious garden in the East Village. It has a fish pond full of koi, a grape arbor (with solar panels!), picnic tables, a grotto, and — my favourite feature — a killer treehouse.

On orientation day, I pitched in for a few hours, learning about pruning trees, chopping up branches with a big pair of shears, and getting to know my neighbours. It was such a great way to spend a morning, and I came home feeling really grounded and positive.

Now I have a key to the garden (hooray!), and I’m looking forward to spending many afternoons lounging inside. I can’t wait to learn more about plants and be more involved in my neighbourhood! Yay!

Why don’t you… Research community gardens in your area? Or plant some seeds in your own backyard? Or help someone else out with their garden? Digging in the dirt feels really, really good — you won’t believe me until you try it for yourself! 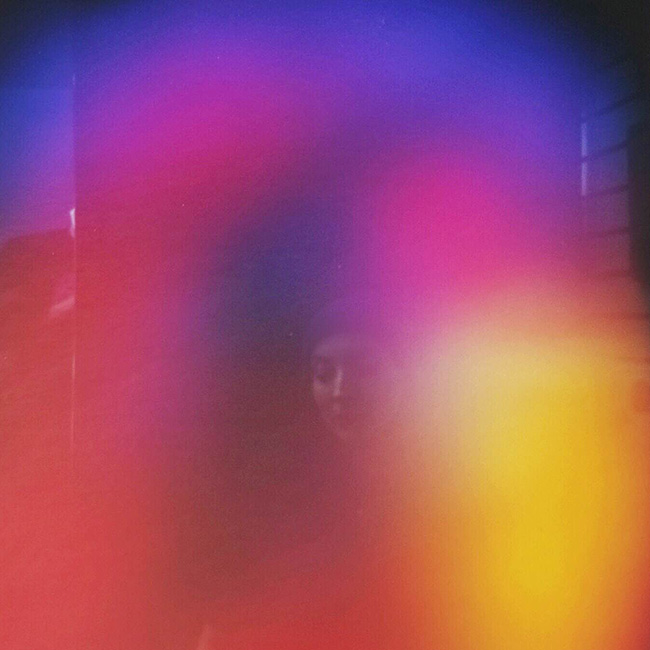 I’ve wanted to have my aura photographed for ages but somehow, had never made it down to Chinatown to get it done. On Saturday, after taking a boat trip to see the Statue of Liberty with my friend Jake, he asked, “What’s the weirdest thing we could do right now?”

It was the perfect opportunity. We walked into Magic Jewelry, had our auras photographed, and then sat down for a pretty in-depth reading. The woman explained to us that an aura picture basically tells you about how you’re feeling right now, plus the last 3 weeks, and the next 3 weeks to come. The readings were freakishly accurate, and very detailed — we were so impressed, especially for $20!

Plus, I’m really psyched to have a rainbow aura photo to put on my fridge!

Why don’t you… Google “aura photography” in your city? Be sure to check out Radiant Human, too: she travels the USA (and soon the UK) with her gear! 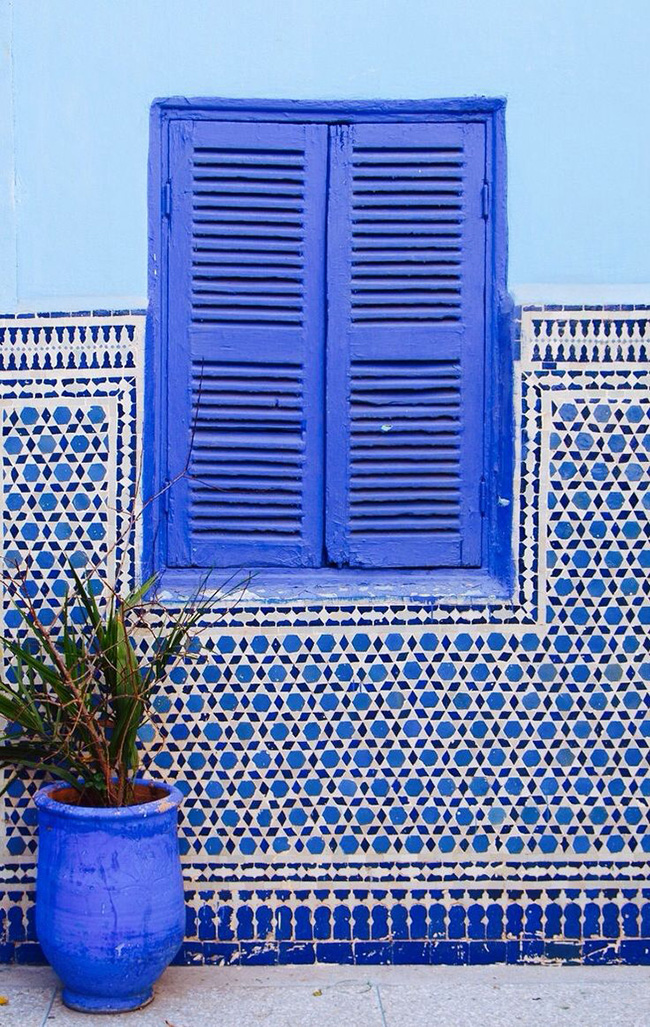 Next month is going to be wonderful. After our Blogcademy class in London, Kat, Shauna and I are heading to Florence, Venice, Rome, and — the place I’m most excited about — Marrakech!

I’ve wanted to visit Morocco for the longest time, and now it’s finally happening! I just snapped up a 1970s rainbow kaftan to swan about in, and I can’t wait to be in a totally different environment. Squee! Of course, Italy won’t be bad, either… Have you been to any of those places? I’d love to hear your tips and advice over on Facebook!

Why don’t you… Watch some travel documentaries (I love all of Anthony Bourdain’s travel shows) and decide on the next place you want to visit? Even if you can’t book a flight straight away, it’s wonderful for the soul to daydream, imagine new places, and have a goal that stimulates all the senses! 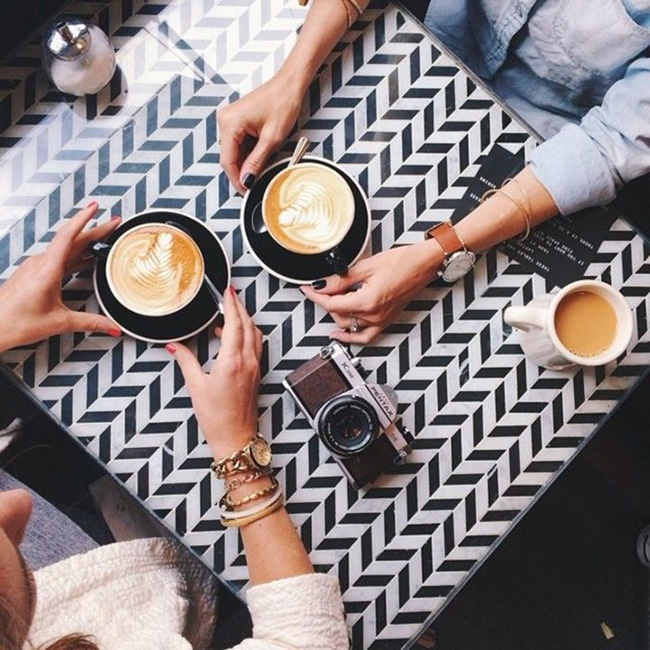 SARK was the first self-help author I ever read. In the depths of my depression, when I lived in Auckland, I would go to Borders, sit on the floor, and thumb through her books for hours. One of my favourite lines from her How To Be An Artist poster was “Invite someone dangerous to tea.” Whenever I read that line, I imagined a beautiful future, where I was living in a house full of rainbows, pouring out cups of peppermint tea for a selection of wonderful miscreants and delightful minxes.

A couple of weeks ago, I realised that I’m already living that dream. One Tuesday, after an hour of Pilates, I received an email from James Altucher: “I’m in Soho, want to grab coffee?” I was downtown in a New York minute, and we spent the next two hours talking, plotting, and laughing. It was great.

It was my first time meeting him. I interviewed him a couple of months ago for Miracle Worker and it was a riot, but hanging out in person was even better. Few things are as fun as meeting someone who inspires you, uplifts you, and gives you a good kick in the ass!

Why don’t you… Invite someone you admire on a coffee date? Most people will say yes, simply because coffee is such a small commitment. Arm yourself with some smart questions, and get into it! 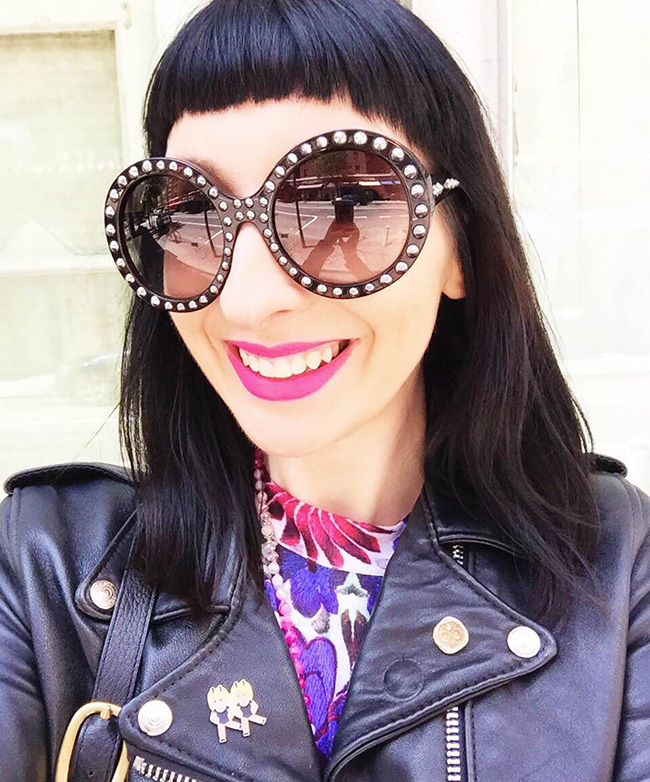 BEING REALLY AND TRULY IN THE PRESENT

I’m focussing a lot on being in the moment, primarily through breathing, speaking mindfully, and walking meditation. (I picked up a copy of Be Here Now last month which is inspiring me a lot!) It feels great.

For example, when I was in Tulum, our hotel’s wifi signal was slim to none, and after a couple of days of constantly trying to Instagram, I basically gave up. Instead, I gave in to just being where I was, and it was delicious.

Another thing I’ve been doing is taking snapshots of my mood. I took the photo above after an extremely exciting encounter, and I wanted a memory of the moment. You can practically feel the joy coming through the screen! It’s just like Ellen said in last week’s post: when you recognise joy, you have to hold onto it. When happiness happens, make a note of it!

Why don’t you… Make a commitment to focussing your energy on this moment, right here and right now? For extra bonus points, take photos of your best moods… And label them #radicalselfielove! Ha!

Photos by Made U Look, Alice Olive, Magic Jewelry.

« 10 Ways To Jolt Yourself Into Happiness
Don’t Let Mercury Retrograde Kick Your Ass! »