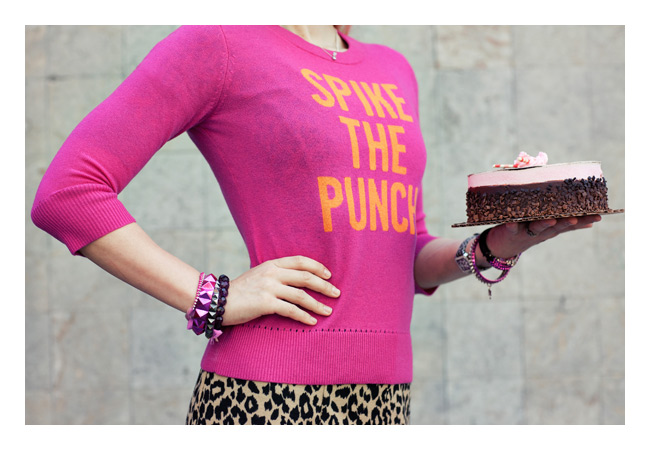 Five years ago, my boyfriend Simon & I were living on the 38th floor of the QV Building in Melbourne, Australia. We had just moved to the city from Auckland, New Zealand, & really didn’t know anyone, except for Simon’s friend Ralph, a professor at the university. I wanted to start a magazine, but I didn’t have any money, so I decided I would start a blog. I figured that it would an inexpensive test for the concept of the magazine.

I had no idea then what those small steps would put into motion. In the five years since my first article — Fashion Help For Recovering Goths — my life has changed in incredible, unimaginable ways… 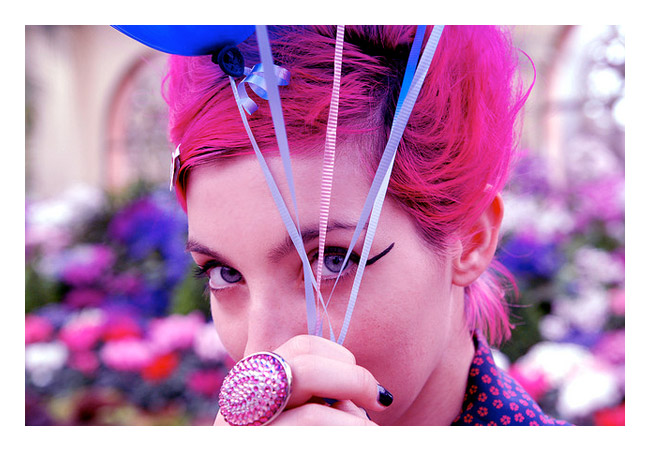 that’s when my “real world education” began! Living in the United States has changed my life, & the way I think about things, a lot. Australia & New Zealand are so isolated from the rest of the world, which can be wonderful in some ways, but at the same time, it’s hard to have a well-rounded view of the world when you haven’t done a lot of travelling. For better or for worse, I feel that living in NYC has certainly rounded out my view of life & of humanity! 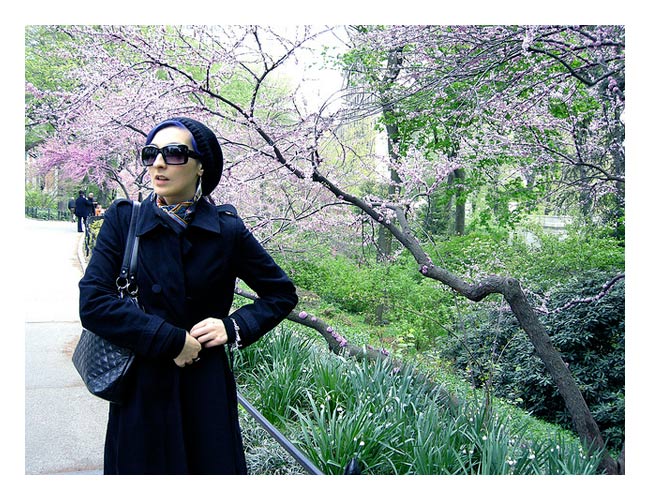 When I got my first sublet in the West Village, on the corner of Bleecker & Carmine Streets, I had to learn how to live alone all over again. I loved the energy of the city, especially on hot summer nights, but I had weird feelings of loneliness & emptiness sometimes, too. When I did, I bought myself flowers… 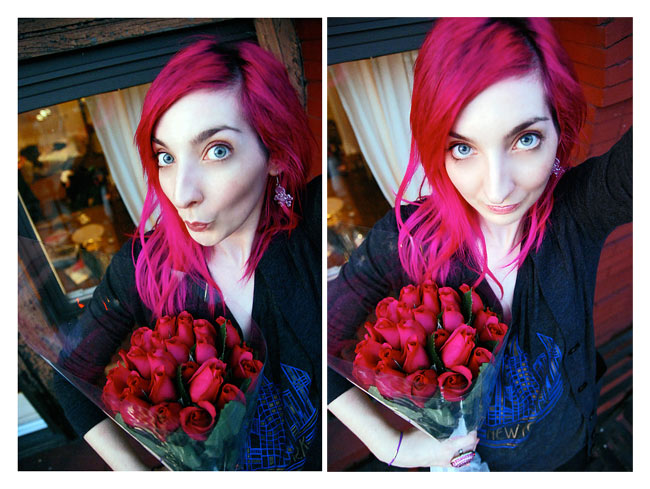 My writing started to change, too. Suddenly, my life felt very action-packed, & I tried to balance all the new things in my world with the kind of content I was used to posting. It was tricky, & sometimes it didn’t work! Ultimately, I came back to something Simon had told me ages ago: “People don’t come to your website to hear about you. They visit because they want something which helps THEM. Try to keep your ego out of it as much as possible.” This is a credo I still do my best to adhere to, though sometimes I slip up! 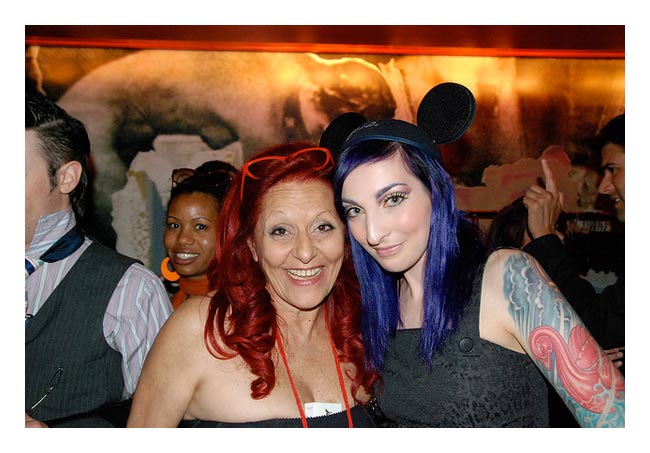 2008: Meeting Patricia Field was one of the highlights of my life (thanks, Gilda!).

Thankfully, when Simon & I did end things, we did so on positive terms. I know we’re both very happy that we still get along, & make time to hang out whenever we’re in the same city!

So I found myself alone in NYC without a boyfriend. I went on plenty of dates — dates being a weird, & very American-seeming, thing to do! For example… My friend, a raw foodist, took me to dinner at a drag show. A sweet boy with an afro sent me unicorn cupcakes. I ate dinner in a giant gold birdcage (see below) with a toy designer. I went out with a personal trainer who punched a taxi on our date (naturally, I hid behind a pillar when I saw him later in the year)! I had drinks with a guy who had once spilled LSD on his arm, hallucinated for three solid weeks & stolen a car. Let me tell you, NYC is full of characters! 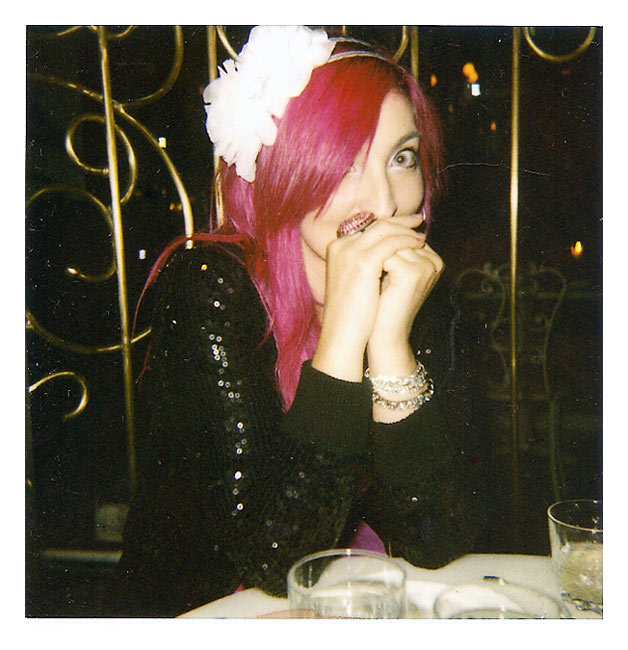 I never took any of it very seriously, & after a year or so of pseudo-romantic silliness, I met Mike. We’ve been married now for almost five months. 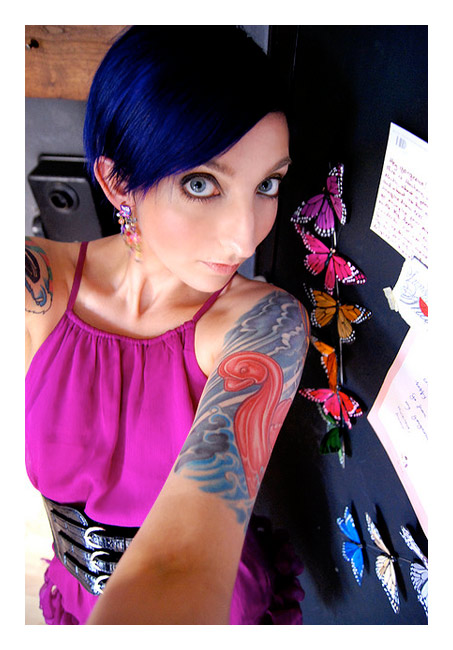 2008: Pressed up against the front door of my first ever sublet, before going out for the night. I stayed in this apartment again a year or so later, & Mike & I had our first kiss right here!

I’ve met the most incredible women in the last five years, too. Before 2006 — the year I discovered EFT, changed my name & started my blog — I used to be one of those girls who didn’t have a lot of female friends. I think this is largely because I was so hyper-judgmental, but thankfully, once I started to sort my nonsense out, & become more accepting of myself, this changed! I’m so glad, too, because the girls I have in my life are so precious to me.

I think I met almost all of them through this website, too. I met Jess, my BFF from Melbourne (who I still see once a year!) because she emailed me asking if I’d like to try cupcakes from her brand spanking new bakery. Nubby & I knew each other from Livejournal, & our friendship deepened through our blogs & online correspondence. When we met in 2008, it was like discovering a kindred spirit. Even though she lives in Portland, OR, we still vacation together a couple of times a year! Molly Crabapple emailed me when she read on my site that I had relocated to NYC. She took me out to The Box, & introduced me to a tawdry & wonderful world!

It’s incredible to think that almost all of my friendships have been sparked through this blog. I am so grateful & thankful! I’m especially thankful that I get to go on fun, silly holidays like these…

Our first trip to Vegas!
Disneyland adventures with Nubby & Jazzi!

These aren’t the only things that have changed in the last five years. As I renamed the blog from iCiNG to simply galadarling.com, my focus began to shift too. The topics have moved from fashion to self-esteem & then onto radical self love, my major mission & raison d’être.

More than that, I’ve started to recognise the incredible power of simply doing good things for other people. When you theoretically “have everything” — love, health, a great career, & a stable home — but still feel like something is missing, you know it’s time to act. My recent work with the Bowery Mission & New York Cares has shown me what was lacking: the simple act of making a selfless contribution. It has expanded & enriched my life in untold ways, & it’s something I’m really looking forward to continuing with in the coming years.

I suppose that’s just what happens: when you’re young, you are more frivolous & light-hearted. You think less about the consequences of your actions & you’re more impetuous & spontaneous. As you grow up, your perception of the world changes. We don’t all become curmudgeons, but it’s true that you have to step into your role as an adult, & make more thoughtful choices. 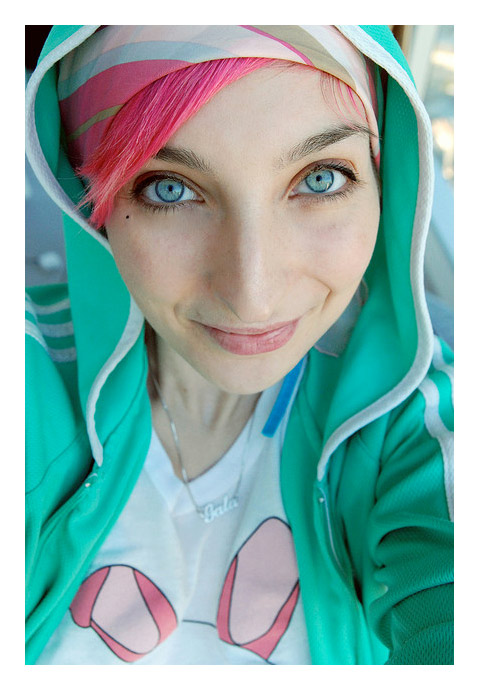 On the surface, this is the perfect job: I’ve been able to practice my writing skills every day, to meet incredible people & create my own opportunities. I’ve designed shoes, written e-books, walked for Betsey Johnson & been featured in major advertising campaigns. It can be glamorous, but it’s not all sequins all the time!

The truth of it is that putting yourself out there, repeatedly, comes with its own pitfalls. You attract a lot of attention: most of it positive, but a good dollop of negative, too. No matter what I do or say, there are still people who hate me, my style, my nose. (As if they think that their disapproval of me will somehow change anything!) There are people who try to stalk my husband & email my old classmates, as if they’re going to discover some huge secret. (There are no secrets! My name, before I changed it in 2006, was Amy Paape! OOOOH! SPOOKY!) There are conspiracy theories; some people think I’m a phony, a fraud, or a high-class prostitute! (As flattered as I am, who has the time?!) They claim I have a trust fund: a classic way of denigrating a woman. (“You couldn’t possibly have done it all by yourself!”) It’s bizarre, & I can’t pretend to understand it. But this is all part of the territory. It comes with living your life in public.

I stick with it regardless, because I know that no matter what you do in life, you will always encounter violent opposition. If you’re going to come up against it anyway, you might as well fight for something you REALLY care about — & for me, that thing is radical self love. Teaching girls & boys to love themselves thoroughly & fully is worth a good scrap. When you feel good about who you are, & when you feel proud of who you are, you’re capable of absolutely anything. 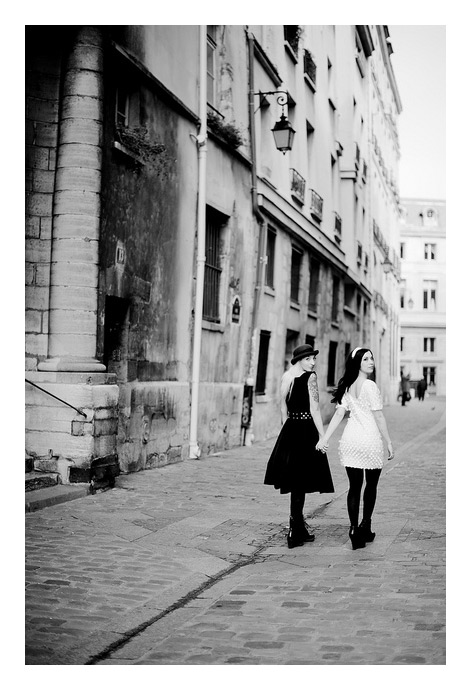 You know that you’re following your dreams, & that you’re on the right path, when things start to fall into place. When you experience magical synchronicity, & when serendipity is a regular part of your day, you know you’re onto something. When I’m focussed on radical self love & am truly pursuing that, not just on the blog, but in my everyday life too, my life ramps up its magical quotient by about 1000%.

It’s not enough just to write about it. We have to LIVE our truth, too, & none of us are totally there yet. I’m still judgmental sometimes. I still have days where I don’t like my body. I’m not perfect, but this isn’t a “woe is me” story. Just like you, I’m doing the best I can with what I’ve got.

Sometimes I think, ‘After five years, what do I really have left to say?’ But then I realise that as long as I’m still living, learning & exploring, I still have things to pass on. The more I can work on myself — my self-esteem, my own radical self love journey — the more I can help you with your own adventure. When I’m able to see more of the world & educate myself, & when I’m able to take more risks, I’m able to inspire you in even greater ways. As Anaïs Nin once said, “Life shrinks or expands in proportion to one’s courage.”

Even though it’s not always easy for any of us, it’s so important to maintain a positive attitude about our own lives. A few years ago, one of my New Year’s Resolutions was to live the fairytale, & I do my best with that every day. 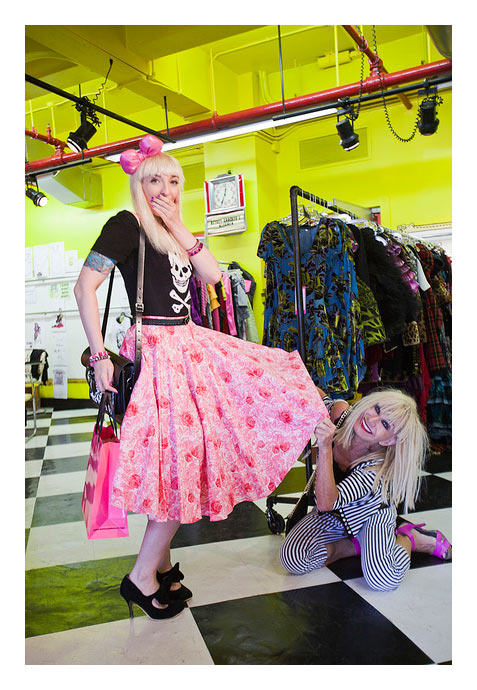 Over the next year, I want to learn more skills, & read more books. I want to take — & teach! — more classes, & speak to more people. (More! More! More!) I want to create beautiful, tangible pieces of work for people to hold & adore. I want to continue demonstrating what it looks like to be a love letter to the universe, & to support you in your journey of self-adoration.

As my friend Christopher once said to me, to do wicked magic you have to love yourself from morning to night. It’s this attitude that I hope to carry with me for the rest of my days.

Here’s to five years of splendor, & many, many more!

« I’m Dreaming Of A Pink Christmas… With T.J. MAXX!
An End-Of-Year Mixtape! »