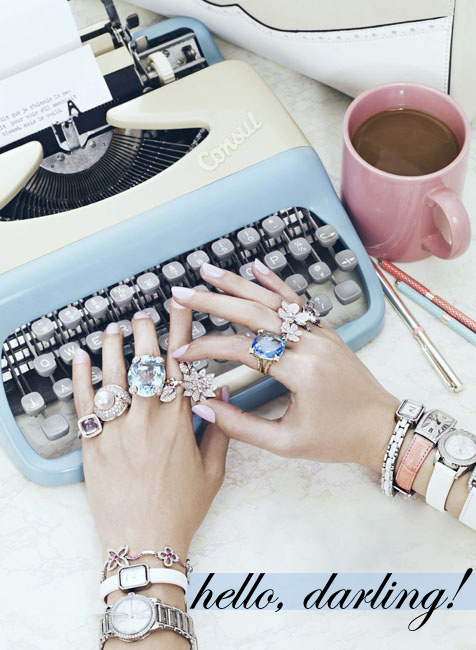 I’m so excited to announce that I have recently started writing a column — Hello, Darling! — which will be appearing fortnightly in the Sydney Morning Herald, The Age, Canberra Times, Brisbane Times & WA Today! I’ll be writing about happiness & health every two weeks.

Australia & its inhabitants have always been so good to me. I started galadarling.com from my apartment in Melbourne in 2006, & got my first big break in the form of an Australian Cosmopolitan column, thanks to the brilliant Sarah Wilson. In fact, my first column is all about her!

Even though I only lived in Melbourne for a year & a half, I feel like Australia really took me under its wing. I appreciate that so much!

If you’re not in Australia, never fear! Everyone can read ’em online! In fact, here’s the first one! 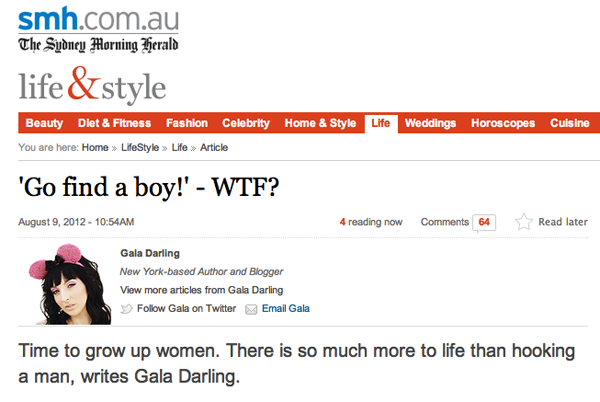 My invitation to write a column for Cosmopolitan magazine could have been lost forever. I fortuitously found it in my spam folder, drowning in a sea of ads for Viagra and offers of sweet Russian mail order brides. It was 2007 and I had just started writing my blog, galadarling.com, a few months earlier.

The offer had been extended by Sarah Wilson, editor of Cosmopolitan at the time. She left the magazine shortly thereafter, to hike the Himalayas or something else utterly unfathomable. I lasted about five issues before a new editor came in and fired all the columnists – myself included. But from that unlikely beginning, Sarah and I struck up a friendship. Despite the fact that I moved from Melbourne to New York City later that year, our friendship grew, bolstered by obsessive blogging, a mutual interest in living the biggest, boldest life possible, and fancy dinners whenever she came to the States… Click to read more!

Thanks, as always, for reading!

« Carousel: How To Get Perfect Skin & Smell Like A Cake!
Style Icons: Diana Vreeland »