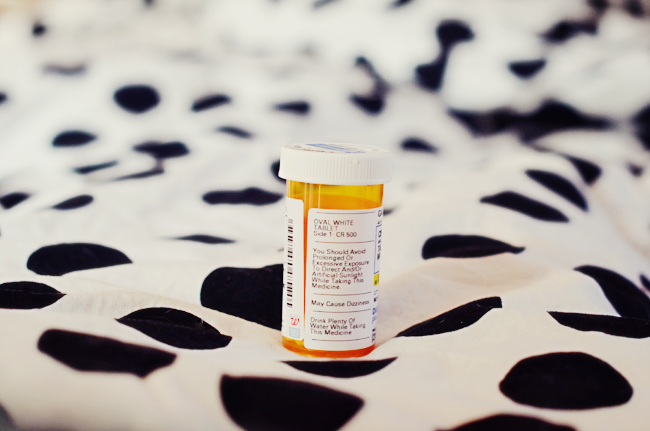 Hello my love. Since we last spoke, I was diagnosed with strep and spent five consecutive days in bed with a consistent fever of over 100 degrees. I was delirious, and most of my time was taken up with drinking Gatorade (ew, but, doctor’s orders) and cuddling a gallon bottle of frozen water to try to cool down. It was the best worst of times, it was the worst of times.

Mercifully, my fever broke yesterday afternoon, but my brain is still not working, and it hurts to move my eyes. I am still living on a delicious and diverse diet of chicken broth and Saltines. I’ve been working on a post for you since last Tuesday (!!!) but it is going very s-l-o-w-l-y, as you might imagine!

Just wanted to give you a little update. Now I’m going to curl up under my polka-dot blanket and get some rest… Hopefully we will be back to our regularly-scheduled programming before long!

P.S. I’m trying out some new ad units called Bread this week, which bring up enter/exit screens. You’ll see a maximum of one every 24 hours, so hopefully they are not too intrusive. Please let me know if you have any problems with it!

« The Blogcademy: Portland, aka True Love In The City Of Roses!
Things I Love Thursday: Rainstorms And Getting Back To Our Regularly Scheduled Programming! »