How To Establish A Fabulous Daily Routine 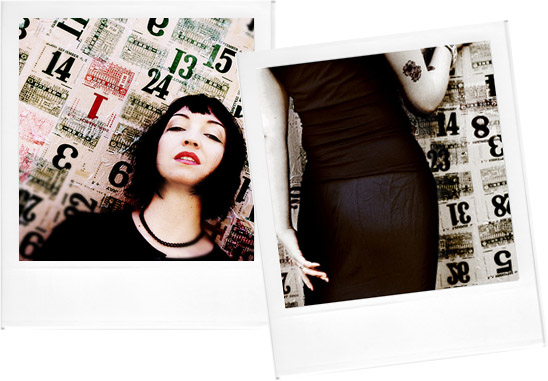 Photos of the delicious Violet Blue.

Ahhh, two-thousand-&-divine! There was so much hype towards the end of 2008, with plenty of us swearing up & down that 2009 was going to be different, by gum! Well, we’re now a third of the way through the first month of 2009, so it’s time to check in & see how you’re feeling. How are things going for you? Odds are good that if you haven’t switched up any of your routines or habits, January 2009 seems eerily similar to December 2008… & November 2008… & October 2008!

The real way to implement change in your life is to alter your habits. One of the major things that has changed my life in the past is setting up a daily routine that I enjoy & which I know works. It sounds boring, I know, but it doesn’t have to be. That’s the beauty of it — it’s your routine, so if you want to start the day with naked sun salutations, a massive salad or pyjama dance-off, you can! Be imaginative! It doesn’t have to be epic zombie time, complete with bleary-eyes, stubbed toes & bland breakfast!

So, what’s your daily routine?

Be honest! Do you really wake up at 6am & do yoga every morning, or are you more inclined to rush out the door at 8.49 without so much as brushing your hair? My routine has been a bit of a mess lately too, which is what prompted me to write this article! I’ve been eating all kinds of rubbish, my exercising has been sporadic, I’ve been sleeping in until 10 or 11 every morning, & things just feel really off. I am convinced (convinced!) that Mercury retrograde is partially to blame for this, which just adds to my feeling that now is the time to look back at what hasn’t been working in my routine, & come up with yummy new ways to move forward.

We often fool ourselves into thinking that changing our old habits is an impossibility, an exercise in futility, a waste of time. It’ll never work, we think, completely oblivious to the fact that our current lifestyle isn’t working for us either! How bad could a little change be?

The reason most people repeatedly fail to make something new into a habit is because of their fear of change. Why is this? When we decide we want to do something new, part of us is gung-ho, excited, chomping at the bit to get going. But another part of us is terrified at the idea of shaking things up. We often jump to a far-fetched conclusion which seems rational at the time, but really isn’t, like, “Oh my god, if I start down this path, I’m going to have to do an hour of jumping jacks every morning UNTIL I DIE.” So we never even begin, or perhaps we do it twice before giving up.

It usually takes 30 to 40 repetitions of something before it becomes a habit or routine, & it is perhaps because of this reason that Steve Pavlina is a great advocate of the 30-day trial concept. It manages to skirt ye olde freak out because you’ve set a time-limit. If you’re absolutely hating your routine on day 23, you know you only have 7 more days to go, which makes it all seem much more tolerable.

30 days is also an excellent length because it gives you time to gather real data about what you’re doing. If you change the way you eat or the amount you exercise, it’s common that the first week will be rough. You’ll be exhausted, detoxing, emotionally haggard — all sorts of things will come up — so if you stick at for 30 days, you’ll get past that first difficult stage & into the really juicy bit.

What isn’t working for you in your routine?

For me, sleeping in until 10 or 11 is totally not doing it for me. I always feel like I’ve wasted the day when I do that, especially since I know that I get my best work done first thing.

The food I’m eating isn’t doing it for me either. I’m probably about 80% vegan right now — which is good — but I’m eating pretty much all vegan junk food, which is not where I want to be! Raw power please!

It’s totally time to get back into regular exercise. I meant to do this when I got back from Auckland but somehow it didn’t happen. I had a really rough 3 days, & last night after eating about six pieces of toast & a whole lot of rocky road, I decided it was time for a work-out. My short 30 minute cardio blast had me feeling better than I have all week.

How would you like your routine to look?
Wake up at 7.30 (or earlier)

Do some gentle stretching & then half an hour of exercise

Make a big smoothie, drink that & down vitamins as I check my email

Set intentions for the day in my Moleskine

What steps do you need to take to make this a reality?
Thankfully I have most of these things sorted out already. I have a huge stack of exercise DVDs which I really enjoy doing (I know, what a nerd!), as well as my two brand spanking new HOOPS which I can use if I’m not in the mood for a prescribed routine (& which I use during the day anyway). I went to the health shop yesterday — that place is like pure porn for a hardcore Virgo! — & bought some supplements & vitamins I’d run out of, including maca which I am going to put into my smoothies! I also went to the supermarket & bought some stuff for making smoothies. Yay!

So… what about you?
Where are you at & where do you want to be? What kind of steps do you need to take to switch up your routine for good (um, I mean, 30 days!)? Do you need more information or encouragement? Take some time & think about it. What small changes do you think you could make which would really improve your quality of life?

Some of you will remember the iCiNG Transformation Challenge which ran for a month last April. Anyone keen for a repeat performance?!

How To Establish New Habits The No-Sweat Way using Kaizen, from Zen Habits.