How To Set Amazing Goals 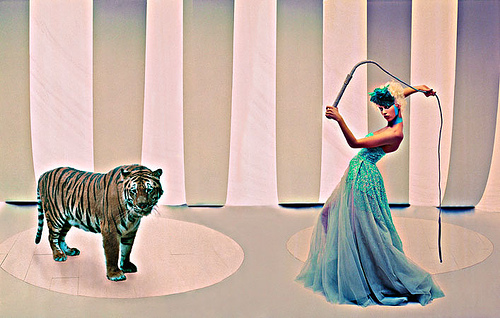 Tomorrow is the 31st of December. Why not start 2008 with a fleet of fantastic goals & driving ambitions? Here’s how to go about it.

Think big
If you don’t know where to begin, or you feel like you have absolutely no ambition, take some time out for yourself & just allow your mind to wander. Give yourself to permission to dream. Get somewhere comfortable & drift away on your imagination. What kind of lifestyle have you always wished you had? Would you like to live in a hippie commune in San Francisco, or is a brownstone in New York more your style? How about volunteering in India, or owning a fleet of cruise ships? Have you always wanted to run away & join the circus, or would you like to start a community kitchen where people can eat wonderfully hearty but inexpensive meals? Picture everything that would surround that lifestyle. Would you drive a car or ride a moped? Would your bedroom be like a Moroccan retreat or would it be minimal & zen? Would you have a husband, wife, lover, girlfriend, boyfriend, harem, “hos in different area codes” or keep to yourself? Would you have any pets? How often would your friends visit? What kind of friends would you like? Witty & urbane or comfortable & sweet?

Grab a piece of paper & start scrawling down ideas. Don’t judge yourself while you write — just write. You don’t have to do any of it if you don’t want to, but just give yourself some options. Then narrow it down to things that really turn your crank.

What by when?
The best way to set a goal is to define success as what/how many/how much by when. For example, “get famous” isn’t a real, achievable goal, because there’s no qualifying statment in there. How will you know that you’re famous? On the other hand, “be on the cover of Rolling Stone in 2009″ is a great goal because it’s measurable. On December 31st 2009, if you haven’t achieved it, you’ll know. So, pick a time frame, & put a stake in the ground.

Have a goal that scares you

“If you want to be happy, set a goal that commands your thoughts, liberates your energy, & inspires your hopes.” — Andrew Carnegie

If your goals are just boring things like “feed the dog every day” & “take out the rubbish on Tuesdays”, your life is going to be incredibly dull. Come up with something that terrifies you! Set a goal that actually makes you gulp as you write it down. How about something like, “move to Austria by November 2008” or “start my own business & leave my boring office job by the start of 2009”. FEAR! Tremble! Quake in your boots! It will swell in your brain, absorb a whole lot of your brain power, scare the hell out of you… & then start happening. Even better/scarier! DO IT!

Write it down
Unless you write your goal down, it’s just an idle thought — & unless you review & re-read your goals regularly, you’ll forget them. Grab a big sheet of paper, the nicest you can get your hands on. Write up your goals in huge, neat handwriting, & then put it somewhere that you will see it all the time. Perhaps on the wall next to your desk, or on the fridge, or on the bathroom wall. You can also try writing your main goal on a small piece of paper & tucking it into your wallet — maybe in a clear pocket, so you see it whenever you open it.

I wrote some goals for 2007 in the front of my Moleskine, but I never looked at them, & now the year is almost over & I didn’t manage any of them! On the flip side, I wrote a goal on an index card & kept it on my desk for about two months — & I achieved it yesterday. My goals for 2008 are going to go up on the wall beside my desk, & I’m going to write them in my Moleskine (again)… but this time, I’m going to review them every morning when I wake up & every night before I go to bed.

Break your goals into chunks
If you want to be an Olympic athlete, you don’t just turn up & hope to qualify. Years of work go into it first. For example, if you wanted to be an Olympic tennis player, first of all you’d need to find a good teacher… then buy some equipment… start taking lessons… read books… watch tournaments. You need to think in steps in order to make your goal happen. It will make it seem much more manageable & will help keep you from feeling defeated or overwhelmed. For each goal you have, grab another piece of paper & break it down into steps. Put it somewhere that’s easy to access, & when you complete a step, mark it off with a big tick.

Visualise what you want
Make your goal as real as you can. Let’s use the previous example of getting on the cover of Rolling Stone. Why not make a mock-up or composite of the magazine with your face on the front of it? Or maybe you want to visit New York — cut out a picture of you & stick it onto a photo of Central Park. Take a screen capture of one of the places you want to go, & then make it your desktop wallpaper, so you see it every day. Make a collage of pictures that signify the kind of lifestyle you want — maybe a sexy handbag, a picture of a dream holiday vacation, a helicopter, a safari, a personal chef & an enormous home. Put it somewhere where you will see it all the time. I have heard of people who write themselves enormous million dollar cheques & stick them on the ceiling above their bed… & it works!

The closer your goal is to the front of your mind, the better.

Act “as if”
One of the best ways to achieve something, strange as it may sound, is to pretend it has already happened. Let’s say your distant goal is to be a publishing magnate. How different would your life be if you managed to achieve that? Okay, now discount all the material things that would change (better car, huge house, office with a view of the city), & think about how you would behave if you were a publishing big-shot. Odds are, your posture would be different to how it is today. You might not slob around in the house in a pair of moccasins all day, either — you’d probably wake up early, exercise & get into your day. You’d be comfortable with your success & not threatened by other people, so you would ask for what you wanted & tell people if they weren’t delivering what you expected. You’d be polite & charming & charismatic & happy to do favours for other people.

Start acting that way today. It will prove that you are serious about your goal, & you will start to attract the right people & opportunities to make your dreams a reality.

Communicate with yourself in the future
Here are two amazing excerpts, both of which are in Jack Canfield’s fantastic book, The Success Principles.

Bruce Lee, arguably the greatest martial artist to have ever lived, also understood the power of declaring a goal. If you ever get a chance to visit Planet Hollywood in New York City, look for the letter hanging on the wall that Bruce Lee wrote to himself. It is dated January 9, 1970, & it is stamped ‘secret’. Bruce wrote, “By 1980 I will be the best known Oriental movie star in the United States & will have secured $10 million… & in return I will give the very best acting I could possibly give every single time I am in front of the camera & I will live in peace & harmony.” Bruce made three films, & then in 1973 filmed Enter The Dragon, which was released that same year after his untimely death at age 33. The movie was a huge success & achieved worldwide fame for Bruce Lee.

Around 1990, when Jim Carrey was a struggling young Canadian comic trying to make his way in Los Angeles, he drove his old Toyota up to Mulholland Drive. While sitting there looking at the city below & dreaming of his future, he wrote himself a check for $10 million, dated it Thanksgiving 1995, added the notation “for acting services rendered”, & carried it in his wallet from that day forth. The rest, as they say, is history. Carrye’s optimism & tenacity eventually paid off, & by 1995, after the huge box office success of Ace Ventura: Pet Detective, The Mask & Dumb & Dumber, his asking price had risen to $20 million per picture. When Carrey’s father died in 1994, he placed the $10 million check into his father’s coffin as a tribute to the man who had both started & nurtured his dreams of being a star.

Don’t fear obstacles
When you’re trying to achieve something, obstacles are inevitable. Instead of being frustrated or angry or feeling like the world is against you, just see it as a test of your passion & drive. You just need to get over the hump & prove that you want it; that you’re hungry for it. There are always going to be little things that don’t go your way, or people who don’t have your vision. That’s okay… just stay the course. Think about people who have achieved amazing things & consider how they’d deal with it. Odds are good that they would pout for about a second, & then just get on with it.

“Going through tough times is a wonderful thing, and everybody should try it. Once. I was walking down Fifth Avenue with Marla Maples in 1991. This was at the peak of the bad market. Across the street I saw a man in front of Tiffany with a tin cup. I looked at Marla and said, “You know, right now that man is worth $900 million more than I am.” When I told Marla this, she didn’t run away. Of course, I would have saved a little money if she had. I had a lot of friends who went bankrupt and you never hear from them again. I worked harder than I’d ever worked getting myself out of it. Now my company is much bigger than it was in the eighties — many times. The Guinness Book of Records gave me first place for the greatest financial comeback of all time.” — Donald Trump

If the obstacle in question is really kicking your ass emotionally, I suggest tapping on it.

Ask for help & watch other people
Don’t be afraid to ask other people if they can help you. Most people are thrilled to do it, but you need to make it worth their time. Be vocal about how appreciative you are, buy them a really excellent dinner, give them a bottle of fantastic wine. The other thing to keep in mind is that whatever you’re trying to achieve has probably been done before. This is not to dissuade you, of course — it’s to make you see that it can be done, & that you should watch whoever has achieved it before you! Maybe they wrote a book about how they did it, maybe they spoke about it in an interview, or perhaps they even made a movie about it. Take all these things & learn from them.

Anthony Robbins says, “Success leaves clues”. Don’t try & reinvent the wheel unless you can help it — use other people’s experiences to bolster your own.

Start now
The single best thing you have is this day, right now, right here. There is no better time to start turning your life around, & manifesting whatever it is you want. It is never too late — you always have today. Start TODAY! 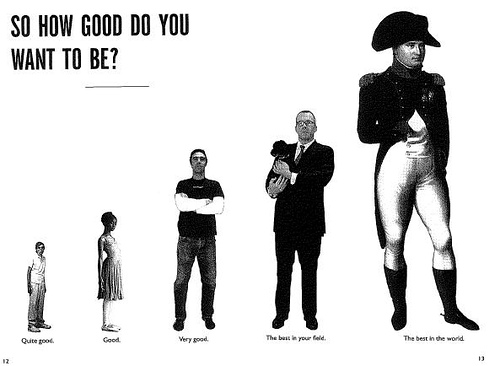 END OF AN ERA my babies 💖💖💖 This house bi

Don't get tempted! It’s about to be Mercury retr