I Cheated On My Lover. Now What? 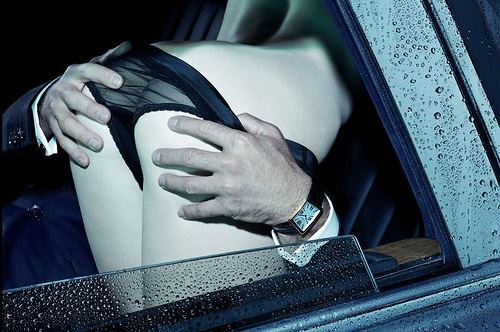 Infidelity. First of all, let’s get this out in the open: cheating on someone is not cool, & there is no excuse. People have reasons for cheating, certainly, but that doesn’t excuse their behaviour. We are all in control of ourselves, after all.

Now, let me pose you a hypothetical situation. Let’s say you’re in a committed relationship, & have been for a while. 6 months have passed, maybe a year. Something happened — you met someone else, & you got involved. Now what? Should you come clean?

I discussed this a couple of weeks ago with a friend of mine, who will remain anonymous. He told me that he thought it was selfish to tell your partner if you’d cheated on them. He said that regardless of how important you personally felt it was to unburden or absolve yourself, it was ultimately self-indulgent & self-interested. He felt that dragging someone else into the situation you had created was unfair, & that no matter how good it felt to finally tell the truth, that would never balance against the pain they would feel upon hearing it.

I agree with that to a certain point, but the problem with it is that it grants the cheater all the control. It is then totally up to them to either continue the relationship (& leave their partner in the dark as to what has happened), or to bow to their conscience & end it.

It seems obvious that in a relationship, you should be open & honest — which means giving your partner all the information they need in order to make an informed decision. If you cheat on them, surely they should be given the chance to make a call as to whether they want to stay with you or not.

Why do people cheat in the first place? There are a million possible reasons, such as boredom, fear of commitment, the thrill of the chase, or just because the opportunity presented itself. If you have cheated in the past, I think it can be very valuable to look at the reasons why you did it, so that you can prevent it from happening in the future.

Another friend of mine, who will also remain anonymous, recently told me about her relationship patterns. She typically found it hard to break up with people, because she didn’t want to hurt them, so she would let it drag on & on until she got sick of them. She would be so sick of them, in fact, that she started to actively dislike them, & would move so far away emotionally that she started acting as if she was single. Then, as if by some miracle, she would meet someone else she liked. Things would progress, & after she slept with them, she felt like it was almost a “get out of jail free” card. She would think, ‘Oh, well, I obviously can’t stay with so&so any more”, & she would end the relationship (with great relief). She also never confessed about having cheated, thinking it was pointless now that the relationship was over, anyway.

I believe quite strongly that in order to cheat, there has to be some kind of problem in the relationship. Of course, that’s an easy statement to make, because most relationships have problems of some kind, but if you were perfectly happy with your man or woman of choice, how likely would you be to cheat?

Now, by saying that most people who cheat are acting out of imperfect relationships, I don’t mean to shift the blame to their unwitting partner, nor do I mean to point at the cheater & say, “It was all you!”. It is rarely that simple. Sometimes we have conflict because one person has a belief or a hang-up or an issue that their lover just isn’t capable of dealing with. They either lack the knowledge, or the tools, or the awareness, or simply the desire to tackle it. But sometimes it’s just that you two don’t communicate, or you’ve grown apart, or you have nothing in common any more. Sometimes you fall out of love. It happens.

One thing I do believe is that it’s not right to stay in a relationship with someone after you’ve gotten involved with someone else — whether that is emotional, physical or otherwise. (Sex on the astral plane!) Especially if you don’t tell them. If your partner is 100% committed to you, totally in love & everything else, I’d almost go so far as to say it’s not fair to monopolise them if you can’t bounce those feelings right back at them with just as much passion & devotion. I mean, if you really care about them, surely the right thing to do is to set them free. Let them find someone who will treat them as they deserve to be treated. Be brave enough to admit that you aren’t that person, & allow them to live their life.

So, what’s the next step? Do you tell, or do you keep quiet? Do you stay, or do you go? Ultimately, it’s your life & you have to do what feels right for you, your relationship & your circumstances. A 23 year old girl might behave differently in this situation to how a 50 year old man with children does. There is no one true answer, no real “right” thing to do, even though we all probably believe we know what’s best.

How do you feel about this? Have you ever cheated on a partner? If so, did you tell them? What happened next?

Why Do People Cheat In Romantic Relationships? This is so interesting, especially this part: “Infidelity could be a regulatory emotional strategy used by people with an avoidant attachment style. The act of cheating helps them avoid commitment phobia, distances them from their partner, and helps them keep their space and freedom.”