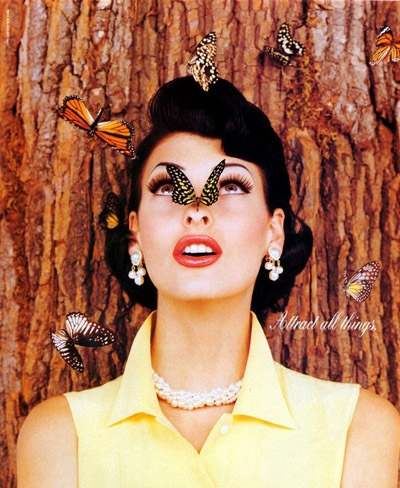 A couple of days ago I decided what I’m going to do for my personal iTC. It’s not super-adventurous or anything; in fact, it’s exactly what I did last year — but because the thought of it makes me feel uncomfortable, I know I should be doing it. (The word “challenge” is in the title for a reason!)

My iCiNG Transformation Challenge is going to be centered around exercising every day (which I am pretty much doing already, but I want to be much more conscious about doing it), & eating 100% raw.

With exercise, I am already hooping for about an hour on average every day, & I love it, but what I want to do is turn my exercise into more of a meditation. I want to be really present, really grounded, & experience the ecstasy of movement. Sometimes I feel like the heavens are french-kissing me while I hoop dance, but I want to feel that when I’m doing yoga, weights, walking, etc. too! It’s my intention to have exercise feel less like a tedious chore than an exploration of bliss & an expression of adoration for the universe. Working love into everyday life, that’s me, that’s my mission!

As for the food… Last year when I did this, my boyfriend was eating 100% raw too, which made life way easier. We were both going through the same thing, we could talk about our cravings, & talk each other out of going to KFC. This time I’m pretty much doing it alone — even though I have you guys! — so I know I need to put some systems in place to help support me as I do this. Especially since I will also be in the midst of organising & packing for my trip back to the USA!

Here are some things I think will help — & this might give you some ideas as to how you can set up support systems for your own challenge.

I’m going to get more involved in the raw community. One of the reasons that even the most well-intentioned raw foodists go off their greens is because of lack of support or community. Let’s face it, radically altering your diet has consequences & alters your social life quite a lot. There are lots of other people around the world rocking raw food like nobody’s business, but because you don’t know they exist, often you feel like a solo juicing voyager, travelling alone, confused & adrift. That’s why it is so important to get involved with a good community of raw people, whether in your city or just online, & for most of us, Give It To Me Raw is an awesome place to get started. Give It To Me Raw was invaluable to me when I first started going raw, & is always my go-to when I have a question about something. So whatever it is you’re doing, do a bit of research & seek out people who have suceeded at doing that same thing. Then start to talk to them. Trust me, you’ll thank me later!

I’ve decided to listen to at least one raw food podcast a day, because another great way to combat the loneliness is to get actively involved & learn some new things! It helps keep you inspired & excited, gives you lots of ideas & reminds you once again that you’re not the only person doing it. One way I love to do this is by listening to podcasts & watching videos. In the case of raw food, there are so many great raw food podcasts, uncooking shows & instructional videos online that you can totally take your pick! There will be oodles of information on what you want to do too, so get searchin’!

I had a good think about my motivation. I admit to being shallow & superficial, & honestly, the bulk of my reasons for wanting to get back to raw food revolve around how it makes me look. The way it makes me feel (clear-headed, smart, alert, ecstatic) are just a bonus, but I feel like ultimately, they are what will keep me wanting to eat raw — as well as the fact that I know, deep down, that eating raw is right for me, & the best thing I can do for myself right now. Going off raw food late last year taught me that — the difference was huge. (Oh, & I just found this article on Zen Habits: 10 Reasons Eating Raw Is Healthier For You & The Planet!)

My point in saying this is that you need to know why you’re doing what you’re doing. Joining a gym or going vegan just because you “think you should” isn’t going to cut it when you’re craving cheese or a sleep-in — you need a reason which really means something to you. My suggestion is to have a really good, investigative probe into your own motivation, & be honest with yourself. Do you want to go vegan for animal rights, or do you actually want to try it because you want to lose a few pounds? Take that honesty & then write it down. You can put it on Post It notes around your house, write it in your journal or rearrange your alphabet fridge magnets to spell it out, but putting things in writing — especially where you can see them often — is very powerful.

I’m going to be good to myself… & you should be too! Don’t expect to be perfect, because no one is, & as you move through the steps of your challenge, it is almost inevitable that there will be times where you stumble. Having said that, don’t expect you will fail, either — we attract what we think about, so thinking that way is totally counter-productive! Just concentrate on doing the best you can every day, & if you mess it up, it’s cool. Tomorrow is another day. I think it’s important to aim for consistency, not perfection (something I learned from Dhru & Nature Love!), because it sets us up to form positive habits & routines rather than expecting to become a saint overnight. I am going to do my best to eat 100% raw every day, but if I eat some toast or devour a plate of potato salad, I’m not going to flagellate myself. What’s the point?! The way I see it, we’re trying to make positive changes to our lives, & that doesn’t include beating ourselves up for being human! You & I are to be commended for even making these first steps. Remember that!

Alright — so having taken all that in, what steps are you going to take to build your own support system?