I’m Potty For Portland: My Top 5 Must Dos In The City Of Roses! 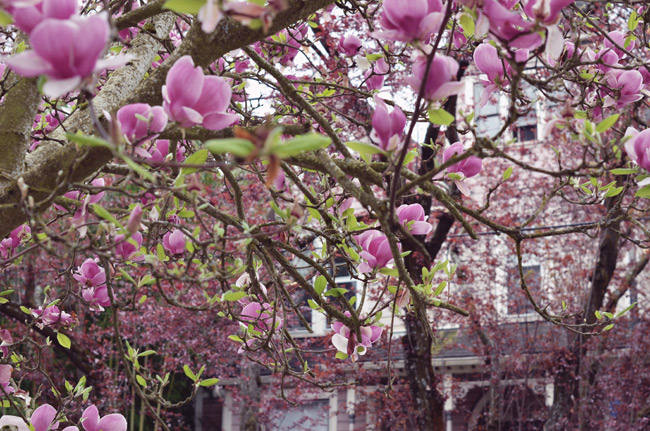 Ah, Portland. I am sad it took me such a long time to visit you. I admit that all I knew of you was what I had learned from episodes of Portlandia, and now I wish I had visited years ago!

Some people say Portland is the Austin of the northwest. They’re right, but they’re wrong. Portland isn’t a clone of Austin; it stands on its own two feet.

Having said that, Portland is very much like my other favourite places in the USA: NYC, Austin, and New Orleans. What they all have in common is an independent spirit, a unique culture and a commitment to fostering the weirdness! Like the other three cities, Portland has not been turned into a wasteland of chain stores and Pinkberry frozen yoghurt shops. Small businesses thrive, and the local economy is booming. The earnestness of it all, of course, makes it easy to make fun of (see: Portlandia). But really, these are things worth encouraging and supporting.

I was overwhelmed by happiness in Portland. It is a great, GREAT city! Here are my top 5 suggestions of things to do in the City of Roses… 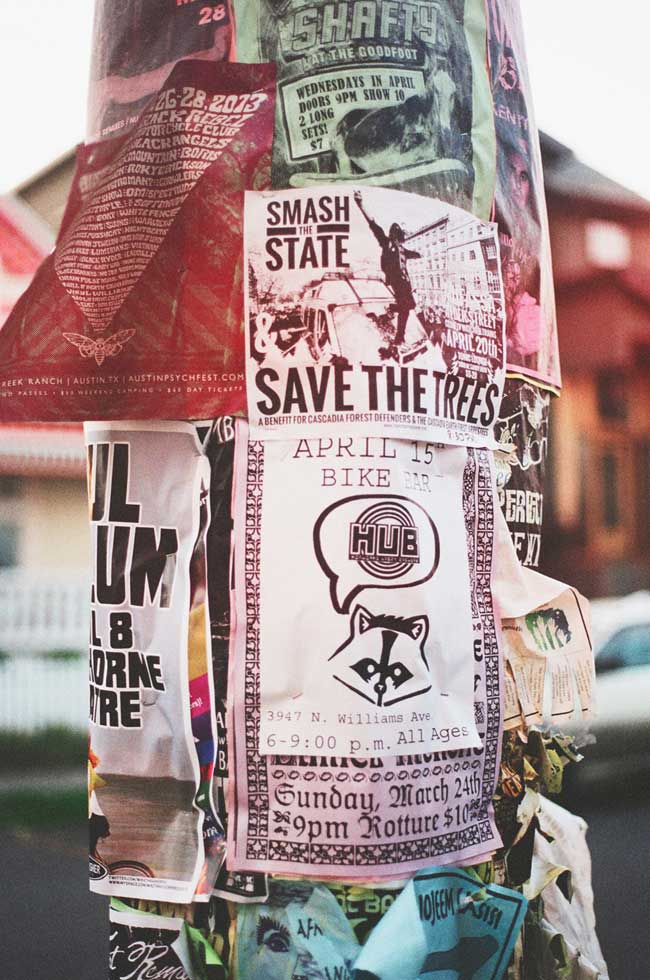 Ever since I’ve known her, Shauna has sung the praises of Buffalo Exchange. This uniquely American chain buys your used clothing, and in return, gives you the choice of cash or store credit. Shauna is always telling me that she got this great dress or those crazy shoes at Buffalo, and I kinda thought, ‘Yeah yeah…’

But this year I’ve done a lot of spring cleaning, and what can you do with garbage bags full of clothes, other than sell them or donate them? I started to cart suitcase-loads to Buffalo every month or so. It seemed like the most rational solution to my insane clothes-hoarding problem. In the last few months, I have amassed a fairly sizable store credit… Which made walking into Buffalo Exchange in Portland a dream come true.

I cleaned up in Buffalo Exchange on Hawthorne — scoring, for example, this maxi-dress by Theory (it has pockets!) — and did well at their downtown location, too, snagging this mad dress among other treasures.

What makes Buffalo Exchange in Portland so good?! I don’t know the answer to this mystery, but put simply, those girls in the Northwest have style.

You definitely need to visit the Hawthorne area when you go to Portland. Other than Buffalo, there’s a handful of great vintage clothing and furniture shops along that stretch of road, and on a sunny day, it makes for a wonderful walk, ducking in and out to see what you can see.

P.S. There’s a photobooth at House of Vintage just up the street, which spits out bright, evenly-toned black and white prints. Do it! 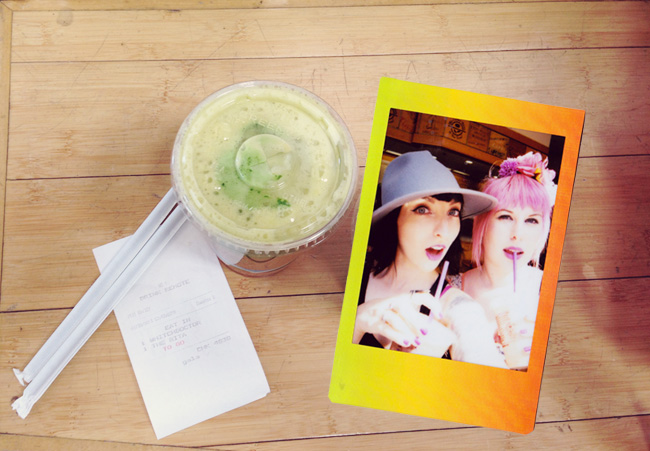 I was introduced to this healthy little wonder by some of our blogcadettes, and I am so thankful to them! A quick walk from the Ace Hotel, Prasad is a small but mighty cafe tucked alongside a yoga studio.

The perfect breakfast? Gluten-free toast with avocado, spinach, slow roasted tomatoes and jalapeño cashew cheese. (I have been fantasising about it ever since.) Wash it down with a Rita juice (celery, cucumber, spinach, kale, parsley, mint and lime) or a Witchdoctor (apple, lemon, ginger, wheatgrass and echinacea over ice). I mean!

Don’t get me wrong: Portland is packed to the gills with vegan, gluten-free and slow food options. But if greens and raw food are what you’re hankering for, Prasad is an unbeatable place to get your healthy fix.

I’m obsessed with the place. I can’t wait to go back to Portland, and eating there will be first on my list of priorities!

Since we were in town teaching, and our classes took place at the Ace, a lot of our Portland-ness revolved around their location… And what a location it is!

The Ace is fantastic and fabulous, and I would have absolutely no hesitation in staying there again. From the generous suites to the soft beds and oversized tubs, this is a smart hotel that really does supply every modern convenience you could possibly need.

They’ve actually thought about it: instead of giving you an iPod dock — which is just not compatible with everything — they give you a cable with a headphone plug on the end, which easily snaps into your phone, laptop, iPod or anything else. This, of course, meant we could boogie the night away to Boy George!

It’s the little things like that which add up to a superior experience.

And it’s not just that the rooms are awesome with great amenities. The lobby has a fantastic photobooth which can be used with a simple swipe of your credit card, there’s a Stumptown Coffee right downstairs, and the incredible Clyde Commons restaurant is just next door. (Say it with me now: truffle popcorn. Oh my lord.)

Next time I go back, I know where I’m staying! 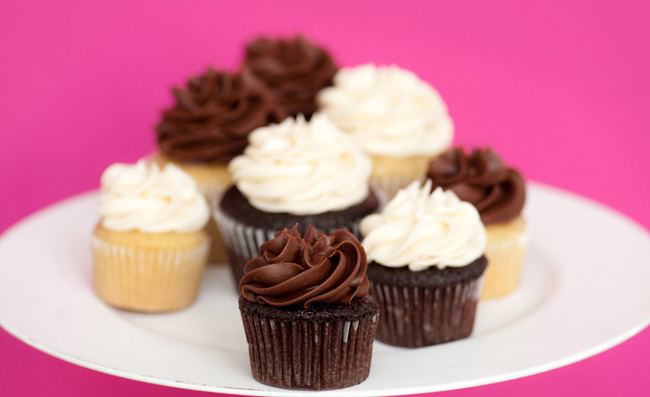 On our last morning in Portland, after eating a mammoth breakfast at Paradox, we passed Saint Cupcake.

Now, truthfully, my cupcake mania has died down pretty considerably over the last few years. Just like everyone else, I used to be obsessed with those teeny-tiny cakes, and I took my tasting seriously. But sometimes you have too much of a good thing, and the thrill dissipates.

I looked into the window of Saint Cupcake and since we had some time to kill, we decided to go in. I was really happy to see that they had vegan cupcakes, so I picked a red velvet cake and carried it in a little to-go box.

After carting it around for most of the day, I finally devoured the thing just before my plane to Los Angeles started to descend. What a delight! Damn, that was a good cupcake: moist cake, thick fluffy frosting, and plenty of flavour.

I immediately regretted not having bought a box of 6! Saint Cupcake should definitely be on your list if you’re in town. 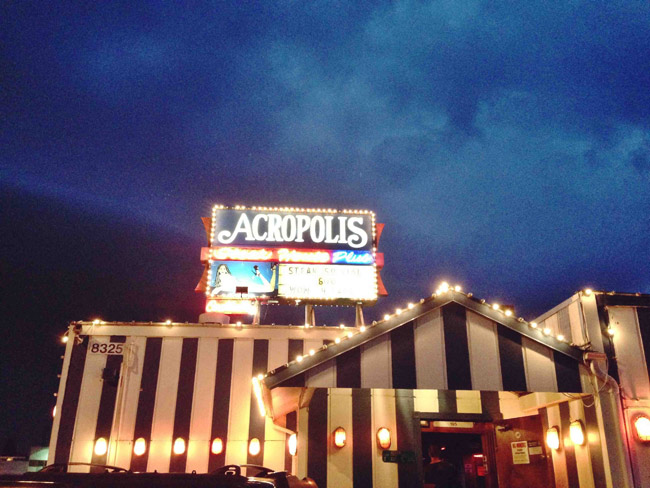 Marilyn Manson: That’s an easy one. Portland Oregon. The Acropolis Steakhouse. Are you familiar with it?

Boyd Rice: Acropolis Steakhouse? I’ve heard about this. People say, “You’ve got to go to this place,” and nobody took me.

Marilyn Manson: Well, it’s the Acropolis Steakhouse and that’s what the song says and that’s all that it leads you to believe, but when you enter it’s an all-nude dance club that serves steak. It’s all nude, not just topless. You can eat steak at the table and people will be dancing all nude in front of you. The steak is only — I think I got a fillet for five dollars.

Marilyn Manson: And it wasn’t really bad either. It looked like a place out of a John Waters movie. It just didn’t really seem real. But it was great.

When Kat and I arrived in Portland, one of the first things Shauna said to us was, “My cousin and I are taking you on a strip club tour tomorrow night.” At first, we were kind of confused. Why would she want to take us there? But of course, in the name of adventure, we said yes and went along.

That’s when I realised: going to a strip club in Portland is just like going to a bar in any other city.

The Acropolis just happens to be the place where Marilyn Manson and Dita Von Teese had their first date, so it’s kind of a must-see. And it’s not what you expect.

You may be surprised to hear, for example, that we ate dinner at the Acropolis, while simultaneously being hypnotised by a girl who could gyrate each buttock independently. It’s widely known as the home of the best $6 steak in town. There’s a salad bar and slot machines. The crotchety waitress suggested Shauna’s cousin not order the buffalo burger… And one of the dancers just played TOOL and laid on her back while a guy threw quarters at her?!

After we’d had our fill of onion rings at the Acropolis, we headed to DV8, a huge purple building where the drinks glow under blacklight and the babes climb the pole with gymnastic athleticism. Cheap mixed drinks, multiple stages and a weird but cool audience made it feel just like your average neighbourhood hangout… Just with more boobs.

If you’ve never been to a strip club and you find yourself in Portland, please do yourself a favour and spend a little time in one. The experience is fun, surreal and silly all at the same time, and it’s the very opposite of intimidating. And by the way, if you do go, here’s how to worship at the temple! 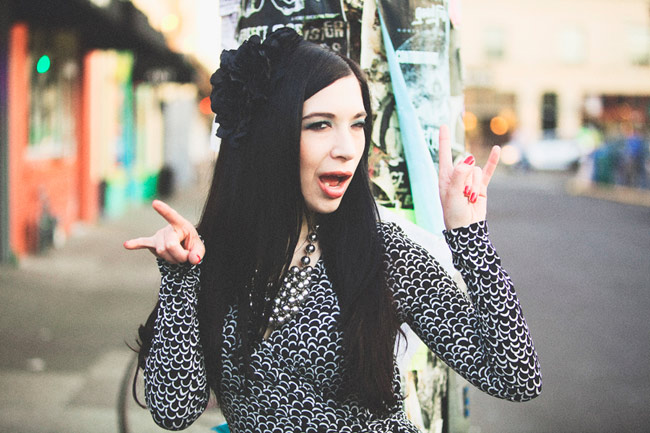 Of course, our trip would have been very different without the generous hospitality of Shauna, Joey and Rocky the wonder-pooch. Staying at Wolfgang Manor, with its assortment of taxidermy animals and vases with faces on them, was a total delight. Thank you, babe. One day, when I have my own haunted mansion, I hope to repay your generosity!

The dream of the nineties is alive in Portland,

Photos of lamp-post and Shauna by Made U Look. Saint Cupcake photo from their site. The rest by me.

« NON-BULLSHIT LOVE SONGS: A Mixtape!
Magical Thinking: How A Simple Walk Can Change Your Reality »