Invasion Of The 1960s Supervixens! 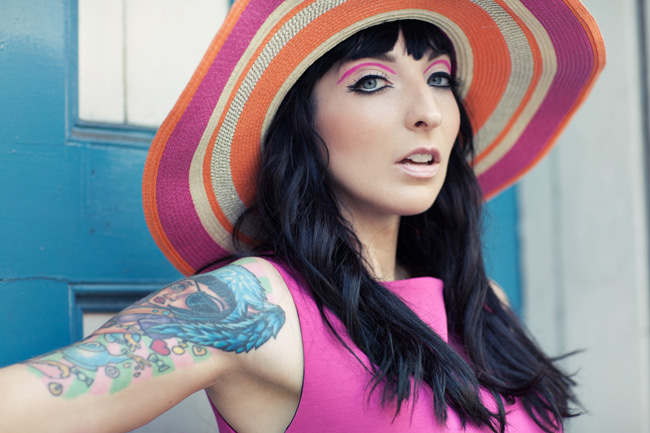 Who knew orange + pink + blue could be so sublime? You know, I have to admit to you: I never liked orange until very recently. (The same goes for yellow.) I’m not totally sure when I changed my mind, but when Pantone declared Tangerine Tango as the “colour of the year”, it suddenly all made perfect sense. Since then, I haven’t been able to avoid adding pops of tangerine to my wardrobe… & I’ve also developed an obsession with tangerines themselves! (The perfect snack, truly!)

Orange isn’t a colour I can wear in large quantities, especially right next to my face — it doesn’t work for my colouring. If you find, like me, that orange makes you look sickly, just wear it in small amounts! In this hat, for example, the stripes are offset by pink. You can also work orange into your accessories (bags, bangles, rings & necklaces) or try wearing it on your bottom half. A tangerine skirt will go with just about anything! Yum! Just as delicious as its name. 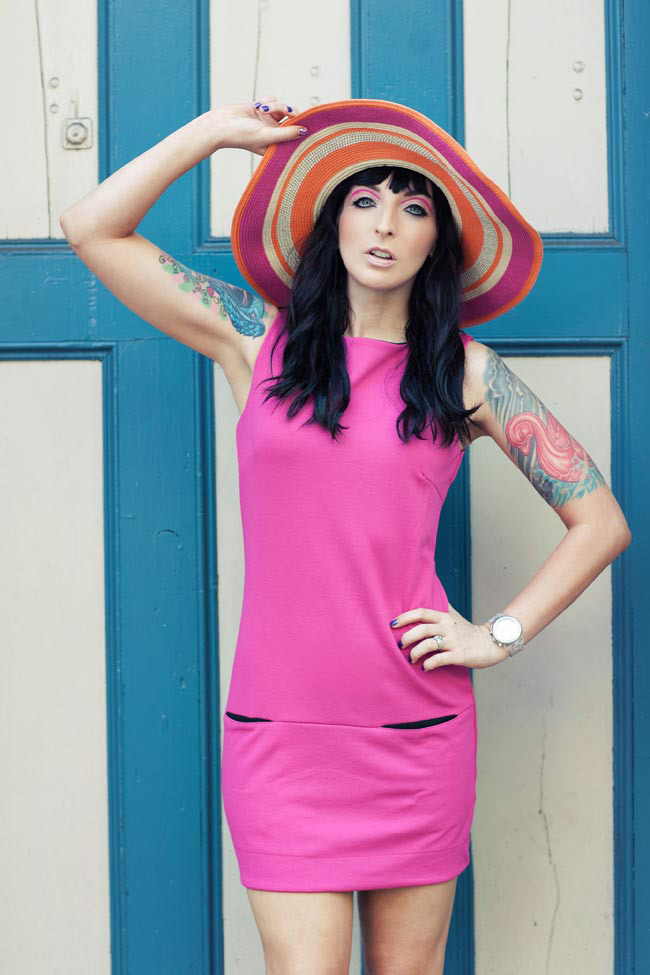 If you’d never visited this blog before, you might think these photos were taken somewhere idyllic, somewhere sublime. I’ve never been to the English seaside, but for me, these photos totally evoke visions of striped changing huts along the seashore. Well, they were actually taken against a door on a busy street — Broome Street between Broadway & Crosby Street. See? To my right were a gaggle of construction workers doing something with a bunch of power tools, & hordes of tourists were passing by every second.

That’s one of the things I love most about New York City: every door, alleyway, street corner & stoop is a universe unto itself. Really, this is one of the most magnificent cities in the world. If you haven’t come to visit yet, put it on your bucket list & start saving your pennies for a plane-ride! Oh, & bring your camera! 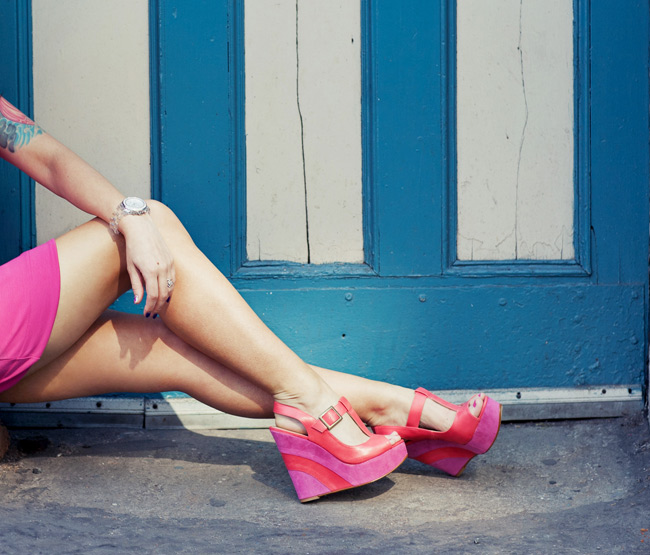 So, this is my second post for Very.com. I’m so glad I checked out their shoe section, because these wedges rock my world! I couldn’t resist teaming the pink shift dress with these shoes for a major 60’s vibe. I am really feeling the 60’s thing right now, in case you couldn’t tell! It feels so NOW, & very true to my Day Tripping Darling style direction for 2012!

Man. MAN. I am slightly — okay, understatement — obsessed with these shoes. They remind me of these striped Pierre Hardy wedges which are pretty much my ideal shoe… Except the Very.com version is about one-billionth the price! Ding ding ding, we have a winner! 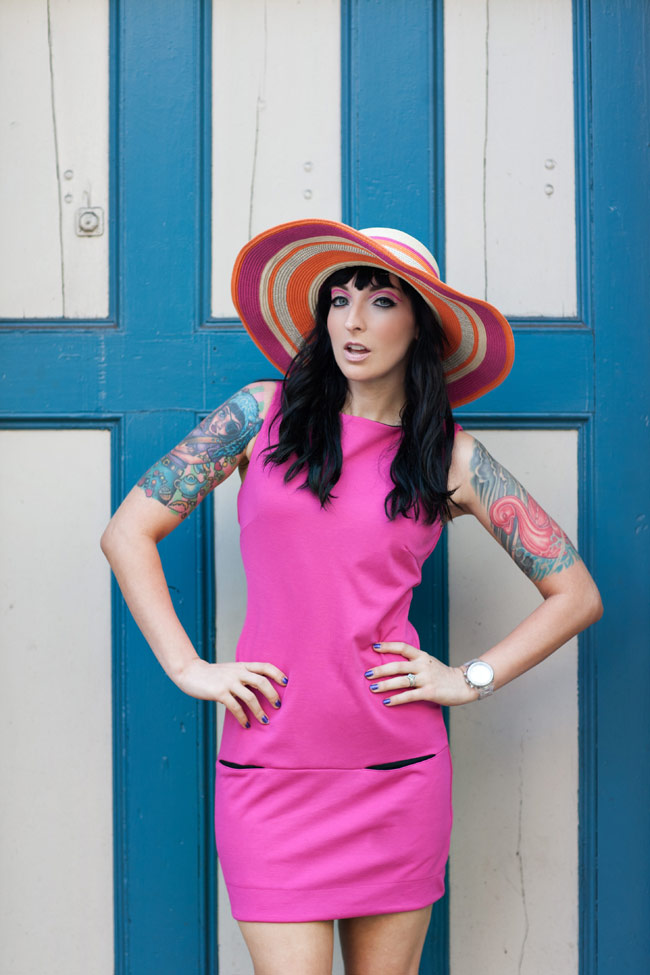 I kept my jewellery really simple with this, because it didn’t need much. I’m just wearing my wedding & engagement rings, & two necklaces I wear everyday. One is a floating diamond, which my mother gave me on my wedding day, & the other is a sterling silver skull with bunny ears, with black diamonds for eyes! The bunny skull was a gift from Mike. I love it! (You can’t even see them, sadly, because they’re tucked under the dress. Next time!)

I think if I was going to do this outfit again, I’d add a stack of gold, orange & pink bracelets. That would make for an amazing accompaniment! 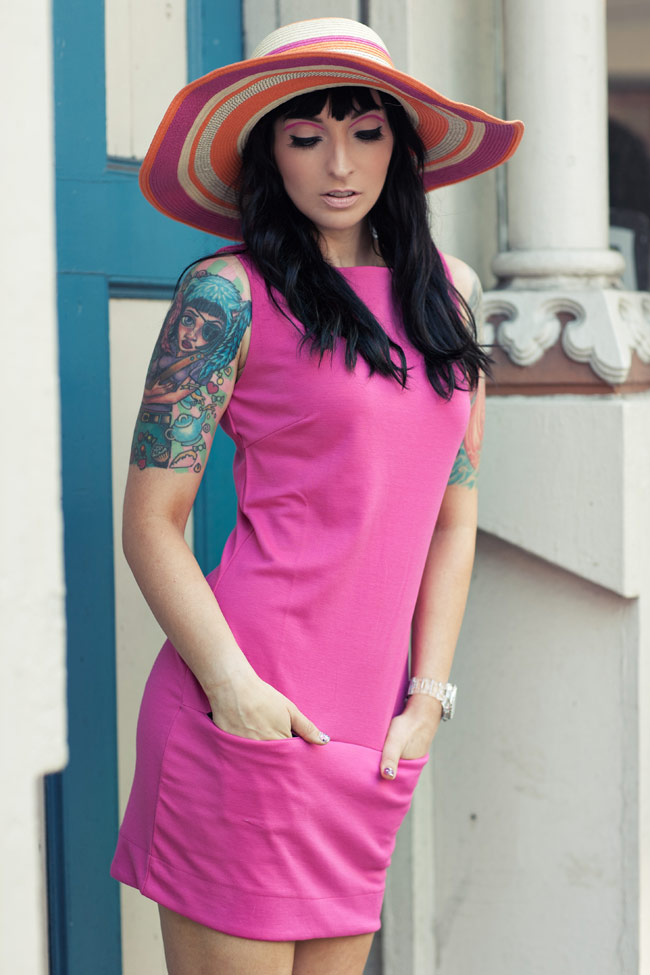 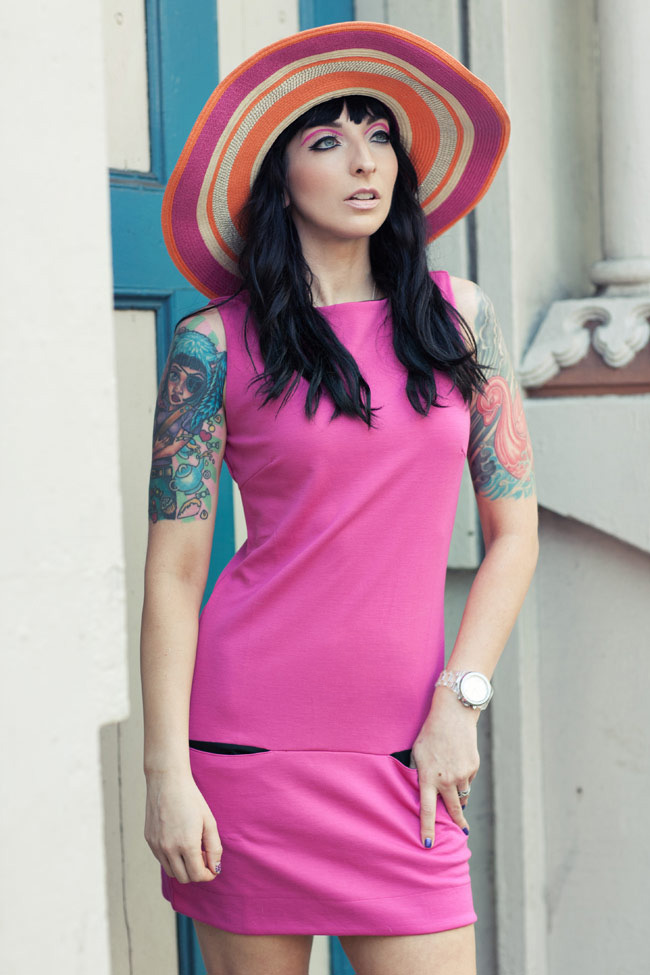 I’m telling you, massive floppy sunhats are going to be IT this summer. If you don’t have one, go out & snap one up! They’re really inexpensive & can totally transform your outfit. This one is made of paper (!!!) & it cost me about $10. A big hat completely elevates any outfit, & it’s great for when you want to go “incognito” (but still make a big sartorial splash)!

No matter how hungover, tired or sad you feel, a big hat & a pair of chic sunglasses will make you feel like a queen! They should be a part of any international playgirl’s arsenal! 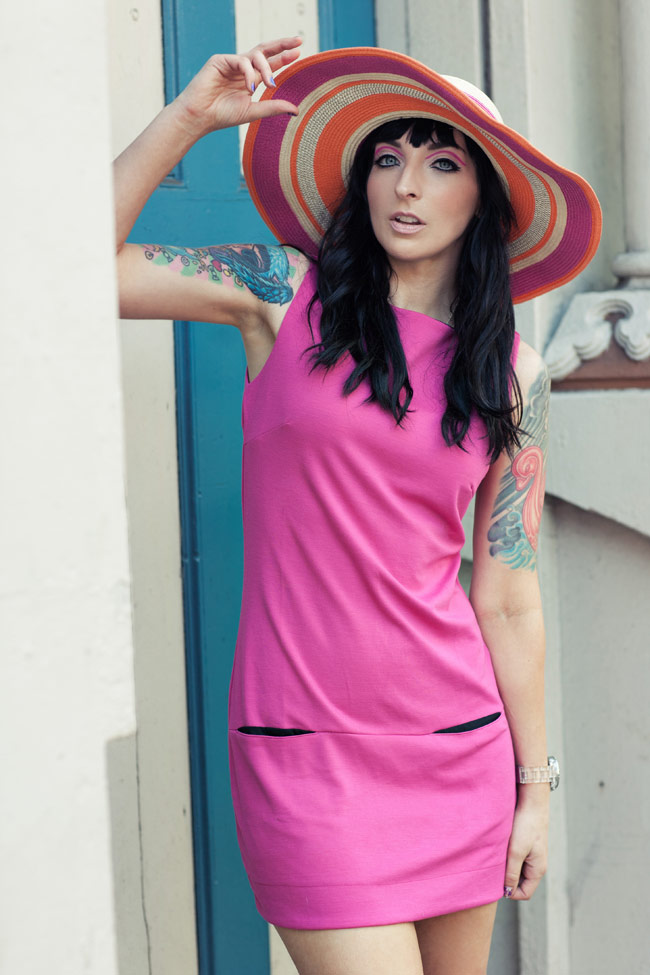 I’m really loving this make-up, too. It’s definitely dramatic & very 1960s-influenced: in the swingin’ sixties, it was all about the high, dark crease!

My make-up was done by Brianne at MAC Cosmetics Soho, & as you can see, she made my skin look completely flawless. I should ask make-up artists HOW they do that, but never remember! All I know is that she was stippling the foundation on with a big brush, & that may have had something to do with it. I’m wearing enormous false eyelashes (of course!) & the high pink creases were drawn on with a pencil lipliner! Genius…

When I got home, I took a close-up of the eye make-up, which you can see here. I love that little flick under my eye. It’s very birdlike! 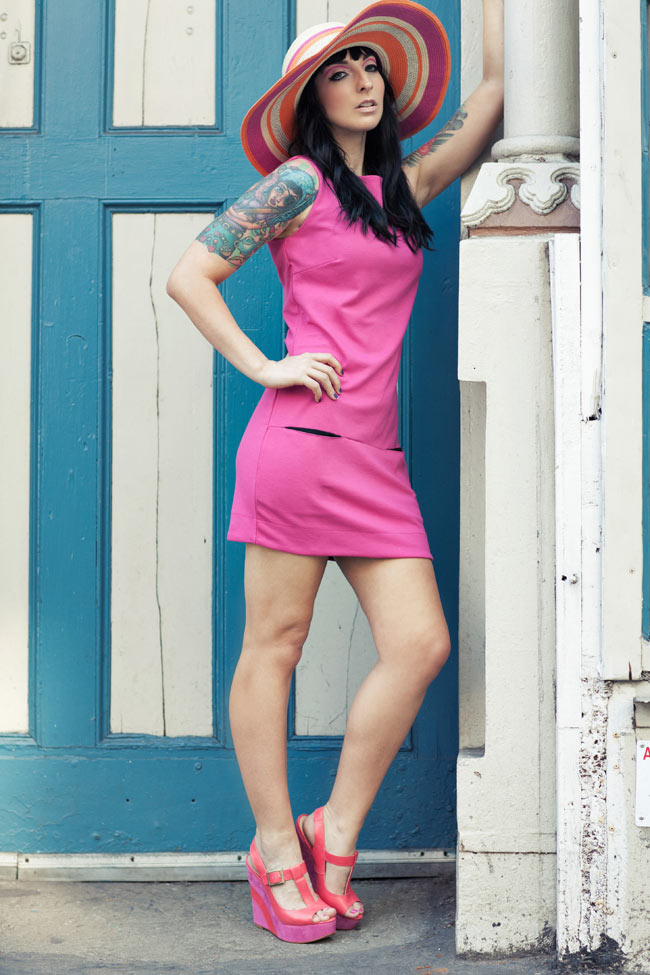 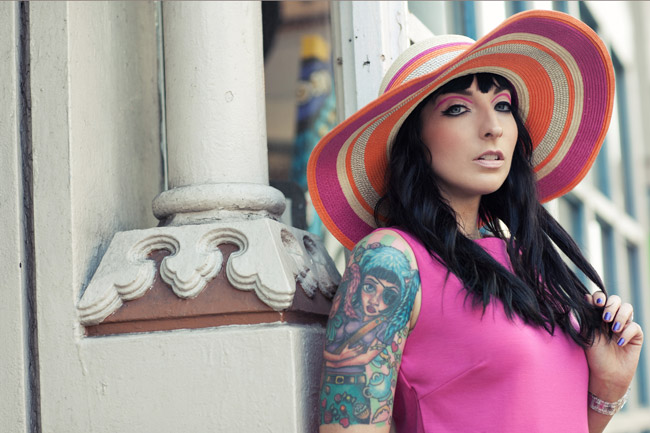 It’s cooled down pretty considerably since we took these photos last Thursday — it’s below freezing right now! — but looking back at them is doing a great job of reminding me that summer is just around the corner…

« From Soho With Love!
How To Have A Fabulous, Luxurious Retreat — & Produce Your Best Work Ever — Without Leaving Your House! »