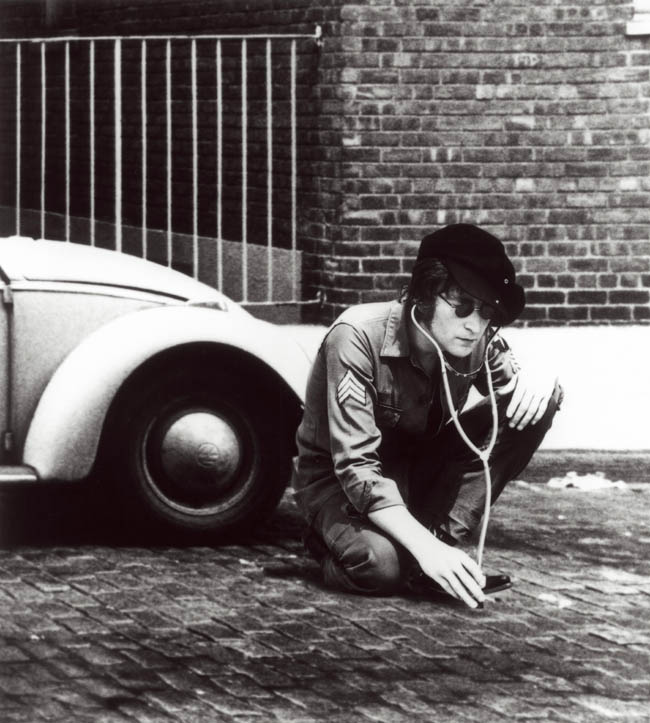 John Lennon was an incredible musician, writer & peace activist who is most well-known for his work with The Beatles.

Today marks 29 years since the day John Lennon was shot & killed outside his apartment in Manhattan. He had signed a copy of his latest album for his killer just a few hours beforehand. Years earlier, when asked in an interview how he thought he might die, he said, “I’ll probably be popped off by some loony.”

“We’ve got this gift of love, but love is like a precious plant. You can’t just accept it & leave it in the cupboard or just think it’s going to get on by itself. You’ve got to keep watering it. You’ve got to really look after it & nurture it.”

As a child, his aunt bought him a guitar even though she had her doubts about his claims that he would be famous one day. She said, “The guitar’s all very well, John, but you’ll never make a living out of it.”

When The Beatles were just starting out, they played a 48-night tour of Germany’s strip clubs. After they employed Brian Epstein as their manager, he told them they could be really big but that they would have to stop swearing, smoking & eating chicken on stage. He also wanted to put them in suits. Lennon initially resisted but eventually relented, saying, “I’ll wear a bloody balloon if somebody’s going to pay me”.

In August of 1964, The Beatles were introduced to marijuana by Bob Dylan in their hotel room in New York City, & a year later, Lennon & George Harrison were at dinner with their dentist when he spiked their coffees with LSD. The two experimented with it afterwards, with Ringo Starr & Paul McCartney joining them later. Lennon wrote “I Am The Walrus” while under the influence.

Lennon & McCartney were a legendary writing team. They usually wrote songs in hotel rooms after concerts or at one another’s homes. It took them about one or two hours to complete each one.

He caused controversy in the United States when he said, “Christianity will go. It will vanish & shrink… We’re more popular than Jesus now — I don’t know which will go first, rock & roll or Christianity.” The uproar was huge, with burnings of Beatles records & threats against Lennon’s life, & the band decided to stop touring.

Shortly afterward, he met Yoko Ono. He regarded her as a “magical being”, & said that he had never considered his chauvinistic attitudes towards women until he met her.

“You’re just left with yourself all the time, whatever you do anyway. You’ve got to get down to your own God in your own temple. It’s all down to you, mate.”

Today is also 40 years to the day since John Lennon & Yoko Ono launched their WAR IS OVER campaign. They had posters designed & posted across the world in major cities like New York, London, Tokyo, & Paris.

In a statement, he said, “This is part of our peace campaign. Our theme is that people have the power to stop things they don’t like, & wars must be the first thing.” 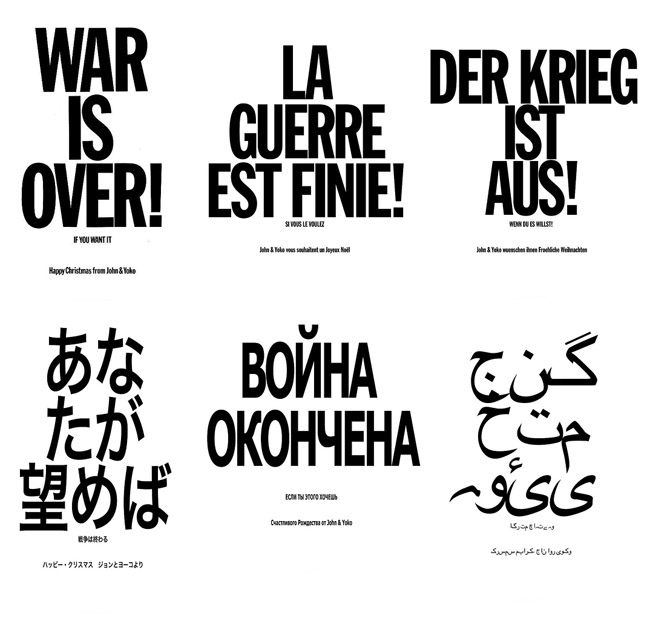 “If everyone demanded peace instead of another television set, then there’d be peace.”

Listen to Double Fantasy, which was released only a month before he died. It won the Grammy Award for Album of the Year & is a goodie!

Download a WAR IS OVER poster in your language & set it as your desktop, photocopy it & staple it to lamp posts, stick a copy to the fridge, print it on a t-shirt, use it as your mantra, etc.

Queue up every single Beatles song you have & listen to them all day.

Eat a big bowl of cornflakes (his favourite food).

If you’re in New York City, go to the Strawberry Fields memorial in Central Park. People gather there every day on this year to sing songs & remember his life.

Hire Yellow Submarine & A Hard Day’s Night & watch them from your bed.

Play The Beatles RockBand with your best friends.

Think about how you can bring more peace & love into your life & the lives of others.

Look at the Imagine Peace Tower live from Reykjavik on webcam.

Spend time on (or around) a boat. Lennon’s song-writing muse came back while he sailed to Bermuda in 1980.

Watch WAR IS OVER! (below)

John Lennon didn’t invent rock & roll, nor did he embody it as toweringly as figures like Elvis Presley & Little Richard, but he did more than anyone else to shake it up, move it forward & instill it with a conscience. As the most daring & outspoken of the four Beatles, he helped shape the agenda of the Sixties – socially & politically, no less than musically. As a solo artist, he made music that alternately disturbed & soothed, provoked & sought community. As a human being, he served as an exemplar of honesty in his art & life. As Jann Wenner wrote in the foreword to a collection of writings entitled The Ballad of John & Yoko, “Of the many things that will be long remembered about John Lennon – his genius as a musician & singer, his wit & literary swiftness, his social intuition & leadership – among the most haunting was the stark, unembarrassed commitment of his life, his work & his undernourished frame to truth, to peace & to humanity.” (Source)

A BBC poll ranked Lennon as the eighth greatest Briton of all time, & Rolling Stone magazine declared him the fifth greatest singer ever.