Like A Kawaii Kelly Bundy: My Adventures In The World Of Japanese Manicures! 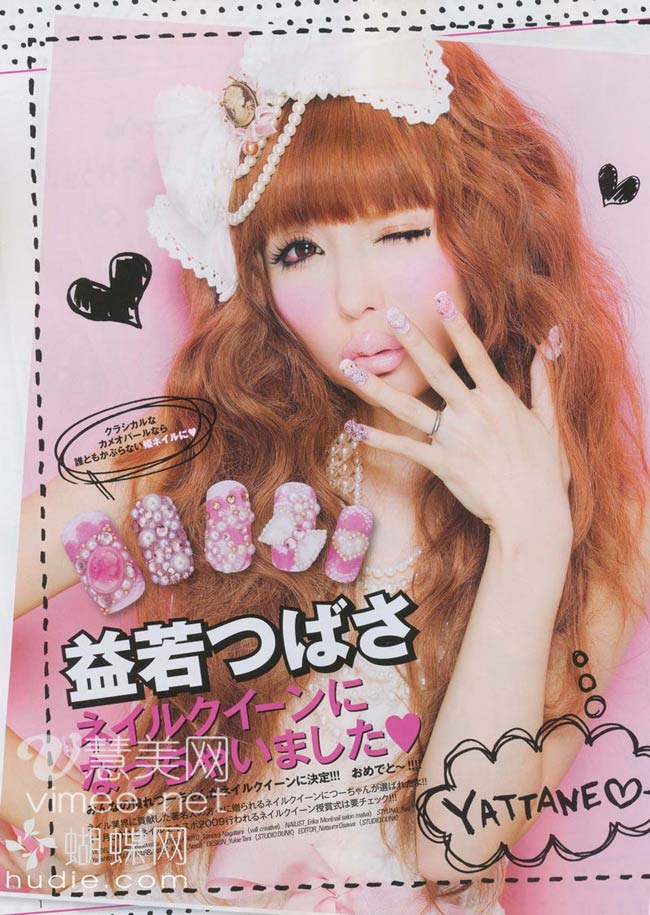 My first experience in a nail salon was when I came to New York City in September of 2006. I was staying in the Chelsea Hotel at the time. Every day we would would go out & discover the city, & return to the room in the evening bearing flowers or Chinese food. One night, my boyfriend was sleeping, & I ventured out into the street to get my nails done.

I walked into this crazy, frantic place full of women who didn’t speak very good English, & a bunch of bored-looking American ladies. I had never had my nails done before, so had no idea what the procedure was. I was laughing & smiling at the ridiculousness of the whole affair, but the woman who was working on me was not amused. She performed her rote tasks & sent me on my way. It was an uninspiring beginning, to say the least!

Despite my dour debut, I was committed to the search for a better manicure experience. I have encountered many, many other nail salons since. Thankfully, none were as disappointing as my first! In fact, you could say that they keep getting better & better.

I discovered Galleria when I moved to the East Village two years ago, & I adore them. They take their time, which I appreciate. I go to Galleria to relax. I don’t want to rush my mani/pedi experience! Yeah, take your time, girl! Scrub my calluses! Massage my legs! Make it count! Ooh, yeah! I adore Galleria & recommend them to everyone. They are fantastic. HEAPS of my readers go there now too, which makes me feel really good!

But… well… you know, I have this obsession with bigger & bolder. I always want more. It has gotten me into trouble more than once, but now I manage to restrict my bigger-better complex to certain facets of my life. Nails, for example. It is okay to trade up when it comes to nails!

I had had enough of OPI nailpolishes with a bit of sparkle thrown in. I wanted BLING on my nails. I wanted something truly ridiculous & over-the-top. It’s pretty safe to say that Japanese women have the lockdown on c-r-a-z-y nails, & I wanted to experience it for myself!

That’s how, on Friday evening, I experienced my first ever Calgel manicure. Calgel is a nail treatment which is painted on & then essentially baked to harden. It doesn’t damage your natural nails & allows them to grow long & strong — always an issue for me, my nails break if I look at them funny! Calgel also creates a fantastic base for all kinds of nail art. It is pretty much the manicure holy grail.

I had known about Calgel for AGES, & as such, I had done my research. By all accounts, Sakura in the East Village was the place to go — & even better, on the same street as my favourite juice bar!

I had such a great time, but it didn’t come off entirely without a hitch. Firstly, the appointment I had made a week in advance had mysteriously disappeared from their calendar. They had no record of me! At all! After searching for my name & phone number in their system, & apologising profusely, I said I’d go home, check my calendar & book for another time. Administrative issues be damned; I wanted those Calgels!

Luckily for me, as I was halfway up the stairs, they called out & asked if I could come back in twenty minutes. Of course I could! I ordered a juice & when I came back to Sakura, I sat in their waiting area & flicked through back issues of Nail Up! magazine. Have you ever seen that magazine? My god. It is unbelievable. 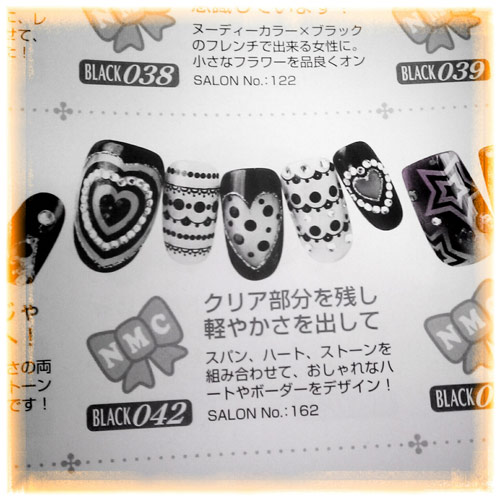 Overwhelmed by choice & slightly boggled by the fact that I really could get ANYTHING on my nails, I wasn’t totally sure what to do. I took a few snaps of some designs I liked, including this one, which was my front-runner. But when I was called up to the nail technician’s chair, my mind went blank.

“Um… I’ve never done this before,” I started. She smiled at me, surely thinking it was about to be a looooong appointment! Suddenly, I had a flash of inspiration. I turned & grabbed my hoodie off the back of the chair. It’s a simple black hooded sweatshirt from Victoria’s Secret, but on the back of it is embroidered LOVE PINK. The “LOVE” is in light pink sequins, while the “PINK” is magenta sequins, with an amazing leopard-print all over it.

“Do you think you could replicate THIS?”, I asked.

She looked it over, then nodded, seriously. “Yes.” 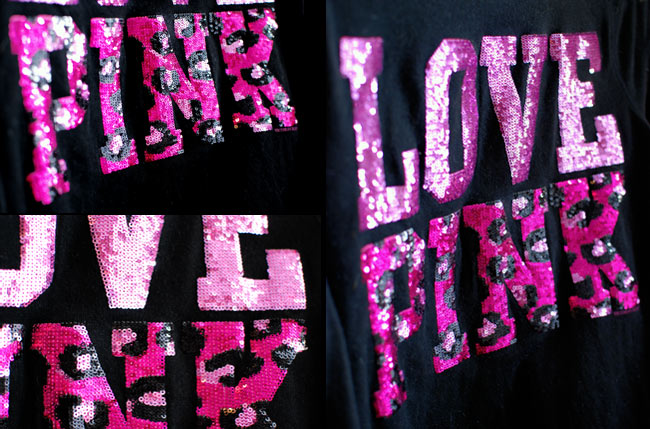 What followed was three hours — no foolin’ — of nail mania. After a very basic manicure (filing my nails & pushing back the cuticles), we began. My nail technician would put on a coat of Calgel, mix it with some hot pink glitter, then painstakingly apply it so it didn’t look blotchy or uneven. When she was done with two fingers, she would instruct me to stick them into the little UV light machine.

After we had done two coats of hot pink glitter, it was time to add the leopard print. She grabbed some tubes of acrylic paint & a bundle of insanely skinny brushes, then got to work mixing up a light pink colour. She would paint dots of it on my nail, then trace half the shape in black to create the leopard print. We finished up with a layer of fine, pale pink irridescent glitter over the top, & a clear top coat.

Of course, I was delighted. Who wouldn’t be?! 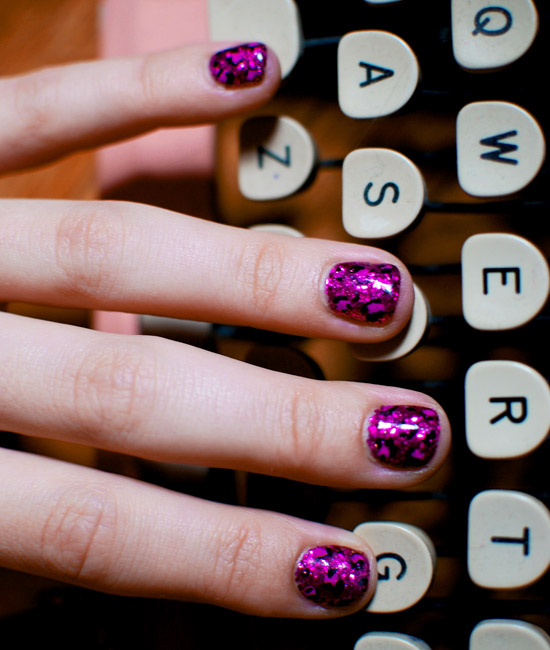 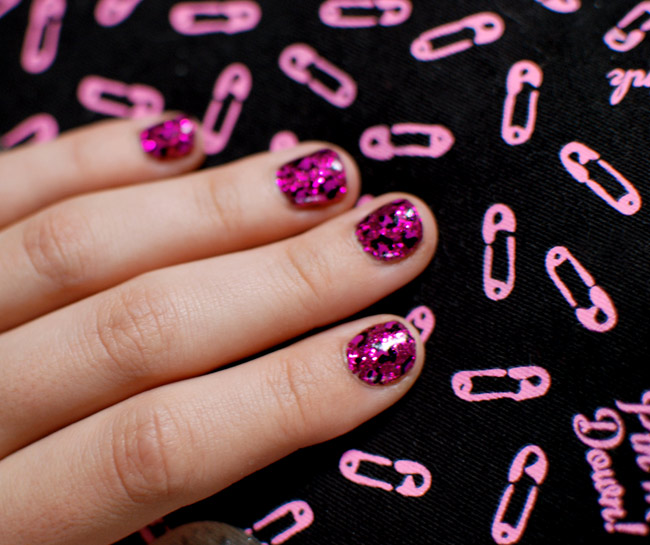 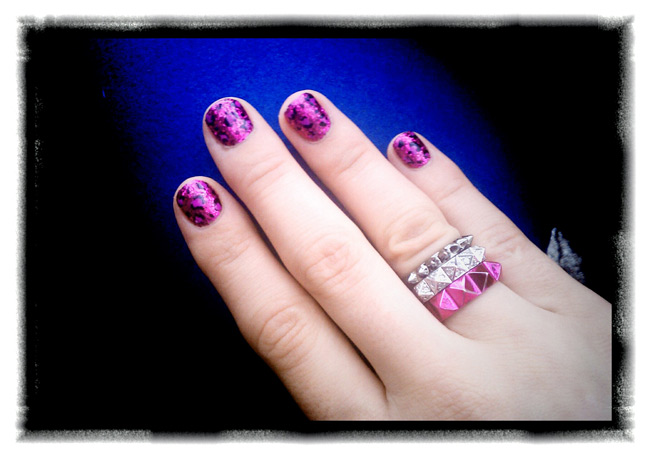 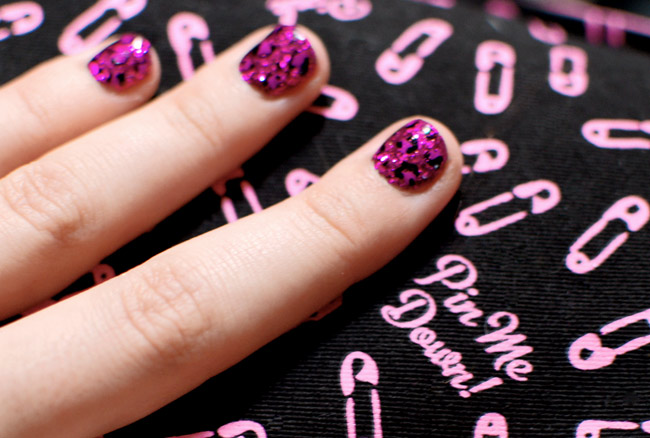 Calgel manicures last 3 weeks, & all that UV light means that when you walk out of the salon, your nails are completely dry! There’s no fear of messing them up, which is fantastic for those of us who are hard on our hands. This stuff is solid.

But when you consider that a good quality manicure in New York City is about $40 — & it only lasts about a week — Calgel starts to sound like a better & better option. …If you have three hours to spare, that is!

This is my next manifestation. And I'm doing it fo

The best way to break an old habit is to ✨ think

THIS TIME LAST YEAR... I miss all of you. VortexFe