Morals, Ethics & Integrity — Where Do You Draw The Line? 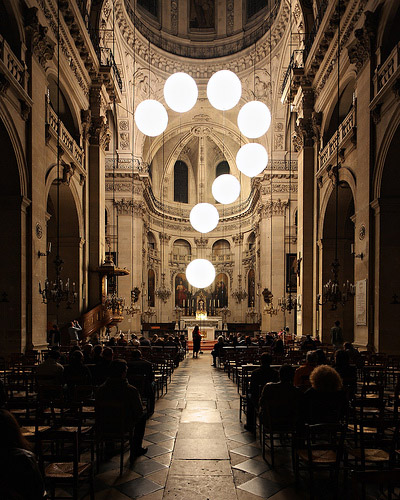 “I recently got a 9-5 job on the phones at an insurance company. It’s never where I thought I’d be but I’m loving it. The people, the work and the attitude and values of the company I can really relate to. I also do some volunteer work for a soup kitchen where everyone there are vegan anarchists… some of them squat in abandoned warehouses, most vegan, they dumpster dive for food (as a political & ethical statement), most have a very idealistic and strong ethic about the way they live their life. So they have made little jibes to me about selling out… and the part of me that is a part of that world can’t help wondering if I am? I realise I have to pay the bills so it shouldn’t really matter but I’m just not sure what my own code of ethics really is and what is going against my system of values and what isn’t. In regards to the work you do I can imagine perhaps it comes up in being sponsored, money and potential jobs you get from iCiNG. Also with fashion, I tend to try not buy leather and definitely not fur but would be interested on your take on this. Also, buying fair trade and environmentally friendly. At what point do you draw the line? And how do you guide yourself ethically and morally?”

After your health, it’s said that the most important thing you have is your integrity, because once it’s gone — it’s gone. Along with the awful feeling of not wanting to look at yourself in the mirror, word spreads, & you might find yourself very unpopular all of a sudden.

So, what is integrity? Really, it’s about behaving in a way that you are proud of. It means that your morals are intact & that you don’t bend them on a whim. People who don’t act with integrity might do things they abhor for cash, say one thing & do another, or lie to their friends for a quick buck. The core of it really comes from people acting selfishly, as well as only thinking about the present & not considering the future repercussions.

Our beliefs — what we can call a “moral compass” — come from a combination of places. A lot of what we perceive to be right or wrong comes from what we’ve seen our parents or family do. After all, our family is our first example of what the world is like. Some conclusions we come to on our own, & we are also influenced by the society we live in as to what we think is okay & what isn’t. It’s all very subjective, which is why people on the other side of the planet sometimes seem to behave in a way that seems offensive or just plain bizarre. There is no definitive answer. What is right & what is wrong? Only you can answer that for yourself. (…Though if you really want to get into it, the Morality page on Wikipedia is a great place to start!)

So, having said this, & knowing how different people’s morals can be, I can understand that your friends might be finding it difficult to cope with what they might perceive as a sudden major shift in your personality & lifestyle. It’s said that the people around us impact us so much that our life becomes an average of the lives of the five people closest to us, & if all your friends are vegan, dumpster-diving anarchists, it makes sense that they would be surprised by your new direction.

You didn’t really write anything about your own beliefs, other than you feel like what you’re doing at your job gels with you, ethically, & that you do some volunteer work, so I’m assuming that your political stand-point isn’t something you’ve given heaps of thought to in the past. You probably have an innate sense of what’s okay & what isn’t, & you’ve followed that. But you know what? The amount of brain-power you’ve put into thinking about this doesn’t make you a better or worse person than your fellow volunteers — just different. I mean, honestly, I don’t give politics a lot of thought, because it has never really interested me. You might be the same way, & of course, that’s totally fine. I do think, though, that when it comes to morals & ethics & integrity, we all need to work out where we stand.

“If you don’t stand for something you will fall for anything.” — Malcolm X

It’s all too easy to get swept away in a tidal wave of excitement & then realise, ‘I shouldn’t have done that’. It happens to people all the time. For some, it happens after a few drinks, while for others, as soon as they see a beautiful woman, anything they might have said in the past (& that ring on their finger) is all but forgotten. Those are but two examples. I don’t think anyone reading this could claim they’ve never done anything that compromised their integrity. & of course, afterwards, you have to pick up the pieces, which can be horrific for everyone involved.

When it comes to iCiNG, it can be a hard line to walk. I often feel that I’m blazing my own path, & as such, every day is a new adventure. It’s exciting, but it can be tricky! For example, I sell advertising, but I’m very picky about who I accept ads from. (You wouldn’t believe what people want to put on my site!) Often, people want to pay me or give me merchandise, thinking that I will mention their product or service & they’ll get a rush of sales. That happens on other sites, sure — some blogs these days look more like advertorial than anything else — but not here, & I think iCiNG is a better place for it. I won’t write about anything that I wouldn’t be happy to spend money on myself… & I’m a discerning customer!

The world is rife with opportunity for us to sell out, compromise our values & buy into someone else’s shady agenda. That’s why it helps to think about the big picture. So if someone offers you something, don’t just say yes because it flatters your ego — think about the likely chain of events afterwards. Sometimes the best thing to do is just not get involved, which can be hard. It’s important to learn how to say no.

I think a good guiding principle, though, is the No Assholes Rule. Crude, I know, but bear with me. What this means is that you make a decision — now — never to deal with or get involved with anyone who is an asshole. (I’m using the term “asshole” as a blanket term to mean anyone who is rude, callous, unprofessional, unethical, vile, disrespectful, etc. You can mix & match terms as you like!) Basically, the less assholes you deal with, the less chance there is that you’ll be tempted to compromise your ethics. Sometimes it can be hard to tell whether someone is cool or not, but trust me when I say that the more you listen to your intuition (your “gut”), the better your asshole radar will become. If your intuition is singing out “No, no, no!”, listen! & then act! A lot of mistakes & potential ugliness can be avoided by engaging this principle.

Coming back to morals & ethics, there are so many different battles going on in the world today, & it’s impossible to fight every one. You’d just end up bitter & exhausted. So it’s important to pick the causes that are important to you, & then do your best. For example, I don’t buy anything that has been tested on animals, & I do my best to support companies doing things that I agree with (Lush, for example, is really committed to buying fair trade). I prefer to buy from small designers rather than chain stores that mass-produce things — they often have questionable labour practices & of course, shops on the high street tend to contribute to that whole “fast fashion” thing, & produce enormous amounts of waste. I barely touch meat or dairy (& I won’t be anywhere near it as of Monday!), I don’t drive a car or commute, I don’t buy tabloids because I believe they are destructive & I also believe in a celebrity’s right to privacy (really!), etc. Those are all things that are important to me.

But then there are grey areas. Some people say we shouldn’t buy from big sports shoe manufacturers, because the labour conditions are horrible. & of course, any slightly compassionate person will agree. Then someone else comes along & says that if insert-shoe-company-here wasn’t employing these people, they’d be worse off than they are. Who should we believe? How should we behave? Only you can answer that for yourself.

So, how do we work out where we draw the line? I think a good rule of thumb, though a little terrifying to think about at first, is never do anything you wouldn’t want on the front page of the newspaper. It’s a pretty good way of gauging things, because it’s such a huge idea. ‘How would I feel if everyone on the planet knew this about me?’ But again, we’re all different. Some people would be okay with publication of a photo of them doing a line, while others would be mortified if their colleagues knew they jay-walked occasionally.

I think that, for the girl who wrote to me, there are a few questions she needs to answer.

Does she really agree with what her place of employment is doing? Has she done a bit of research & looked into it further than just how friendly her team-mates are? Insurance companies are notorious for acting in an extremely unethical way — is hers different, & if so, how?

Finally, do her friend’s opinions matter more than her own? In this case, they think she’s a sell-out, blah blah — but does it actually matter? No, it doesn’t. They have their lives, & she has hers, & she can only live for herself. It’s nice to hear what your friends have to say, but their opinion is no more valuable than the milkman’s. People are always going to say inaccurate, misguided or just plain screwed up things, because we all run things through our own filters. Our personal filters are affected by all kinds of things — upbringing, past experiences, feelings about the future — & so it helps to take what people say with a grain of salt.

Ultimately, all that matters is that you think about what you’re doing, on a grand scale, & you feel good about it.

(Where do you draw the line? What causes do you support? I’d love to hear your thoughts in the comments.)

« I Have A Crush On A Guy I’ve Never Met!
Jem-Inspired Makeover! »