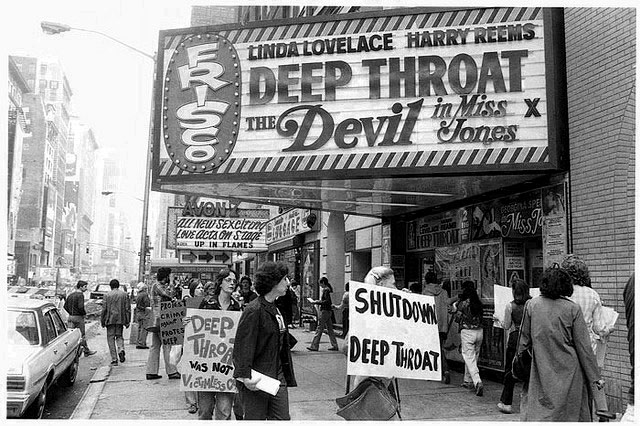 Nothing more, nothing less.

You are emotionally pummeling yourself for something over which you have NO control. It’s very normal — especially when you’re young — for a man to have a higher sex drive than a woman, & looking at pornography is a very efficient way to deal with that. 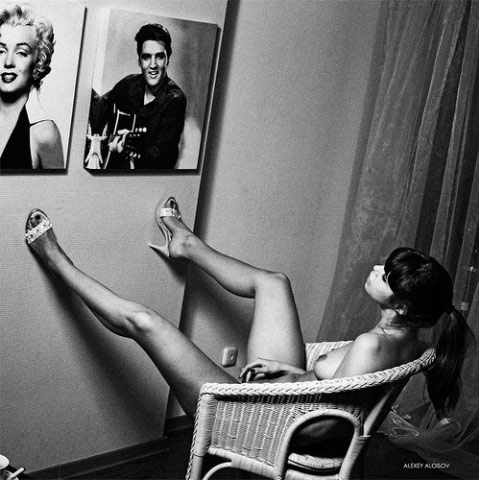 As often happens, I took your question to Twitter & polled the responses.

@mollycrabapple said, “I think its like a man saying his wife can’t watch Mad Men because Don Draper makes him feel inadequate. part of being an adult is going “yes there are people prettier/smarter/more talented than me, but I’m good on my own”. You’re not oppressed by something just because it makes you feel insecure #feminism”

@adelesor said, “If a guy wanted a pornlike relationship, he’d just be single with his hand. I’m sure he’s with her for her brains and substance.”

@seanbonner said, “ask her if she’s insecure when her BF watches moves about female secret agents or comedies staring women? Same thing, dif subjt. remind her its all fake entertainment but in real life her BF wants to be with her. Fantasy is just fun and not real life.”

Molly makes an awesome point. There are always going to be people who are smarter, sexier, wealthier or whatever than we are, & at the same time, there are always going to be people who are not as smart, sexy or wealthy as us. Does it make a difference in our daily lives? No, not really. Knowing, for example, that you have a higher IQ than the guy down the road is not exactly a source of pride or security. It doesn’t alter your reality in any way. You still have problems. We all do. So, what I’m saying is that it doesn’t matter where you are on the sliding scale of beauty, intellect or wealth. We all have our issues.

Comparing yourself to other people sucks & it hurts. Some people are caught in a constant loop of comparison with others, & ultimately, they are always trying to be someone they’re not. It is such a waste of life. You can only be you. Everyone else is taken!

You need to whip out your radical self love bible & start building up your idea of who you are. Get really familiar with your strengths, your beauty & your sexuality! It is unique & incomparable. There is no need to feel insecure or jealous about other women… ever. There is no competition. It’s all in your head. 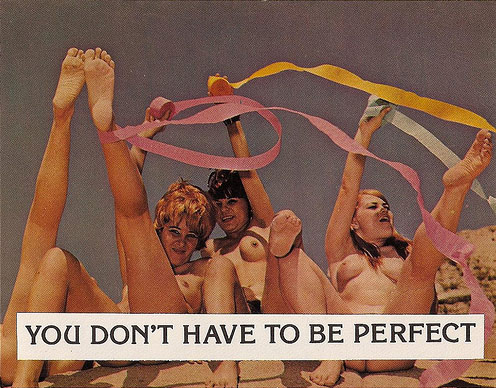 Being in a relationship should not be — & is not — the death knell for your sexual attraction to other people or different situations. While most of us like the idea of monogamy, the reality is that even people in the most committed relationships still fantasise about other people, have things they like to get off to alone, or indulge in delicious perversions that maybe their partner doesn’t enjoy.

Seriously, this all comes down to self-esteem. If you don’t work on loving yourself, I promise that you are going to have this problem with men for the rest of your life. 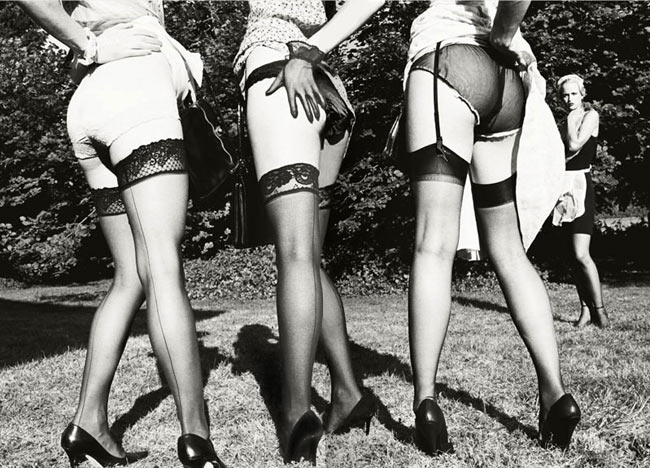 It’s extremely rare — & pretty much unheard of — that two people in a relationship will have the exact same sex drives, fantasies & desires. It just DOESN’T happen. Your sexual profile is completely unique, like your thumbprint. It is made up of all kinds of things, & it changes over time, too. 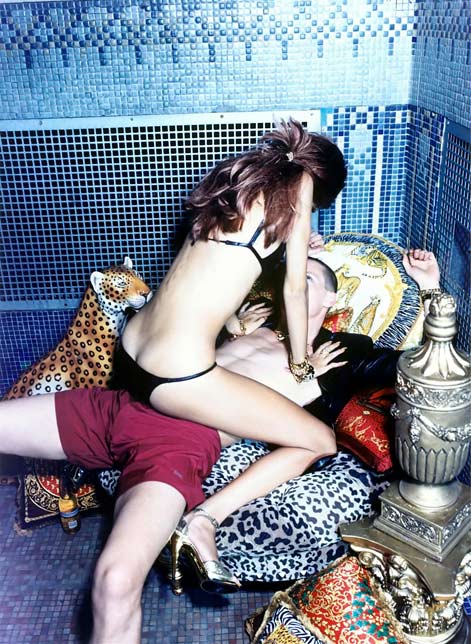 It’s worth bearing in mind that relationships are definitely about compromise. There are surely things you do which drive him crazy (leaving nail clippings on the table, not rinsing your dirty dishes, never making the bed, or whatever), & so maybe this is just one of those things you’ll choose to grin & bear.

There are no quick fixes, but you have some choices. You can either leave your boyfriend & prepare to go through this with the next 3,000,000 men you date… or decide to fall in love with yourself so much that other women simply cannot intimidate you. Oh, or I suppose you could become a nun!

If what you want is reassurance that you are beautiful & fuckable, TELL YOUR BOYFRIEND THAT! Ask him to provide you with that! Any good guy will be thrilled to give you that kind of feedback.

You are a gorgeous, smart, articulate woman with gobs of fantastic qualities. THAT’S WHY HE’S WITH YOU! There is no need for you to worry that he wants someone else or thinks that you’re a horrible person. But I get the impression that no matter what he says to you, you’re going to continue feeling bad about yourself until you do something about it. Only YOU have the ability to change your perceptions about who you are, & how beautiful you are… & clearly, the time has come!

Note: I have edited some parts of this article for clarity! It was — of course — not my intent to come across as being sexist or offensive!