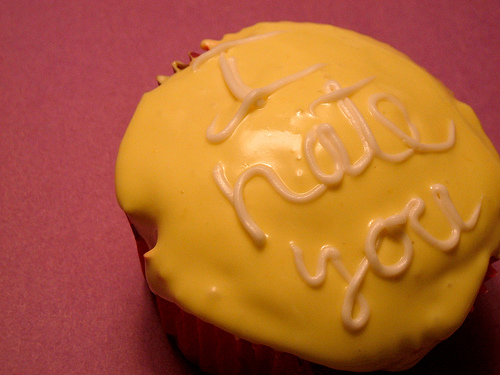 In my most recent Style Tips piece, one of the suggestions was “expunge one negative person from your life”. I have since had a couple of people ask me for help with doing this. It’s not my standard subject matter but it’s all about what you want, my darlings! Let me know if you enjoy this or want further information, okay?

The supremely negative are obvious — they have a puckered-up mouth from years of scowling, they whine a lot, they complain, they are blind to anything good happening in the world, & they want to take you down with them. However, sometimes negative people are hard to spot, until you step back from the situation. They talk smack about everyone, including you, under the pretense of “being your friend” & “honesty”. “I’m only saying this because I care about you!” they protest, after sticking a carving knife in your back. (Honesty is one thing, but when people use “I’m just being honest” as an excuse to be tactless & cruel, I’d like to just put them over my knee.)

It’s really easy to end up with a lot of negative friends, especially when you’re in your teens or early twenties. Everyone is so insecure & unsure of themselves, it is easy to accept anyone into your life, & especially a negative person, since if they’re “on your side”, you (theoretically) will never be the person they tear into. The problem with this concept is that negative people are on no one’s side but their own. Nobody is safe.

Misery loooooves company, baby, & sad people exist solely to pull you down to their level. If you have ambitions & actually want to make something of your life, having the sad patrol around you is only going to make it more difficult. You don’t need that.

It is important to remember is that everything around you influences you in one way or another. If all your friends have eating disorders, it is likely your eating will become disordered also. If your boyfriend gets angry in traffic, you will probably find yourself road raging along with him. If your best friend vocally hates on men, you will also learn disdain for them. The reason for this is that humans have what are called mirror neurons, the same as monkeys. What this means is that as a species, we learn from watching & imitating people. Mirror neurons have been an important part of our evolutionary survival, & because of this, they work unconsciously at all times.

You know where I’m going with this, right?

Though you may have no intention of becoming like the people around you, if your mother is miserable & your girlfriend is homicidal & your best friend is a misogynist, you will unconsciously begin to mimic & imitate all these behaviours. Unless you want to be miserable, the best thing you can do is extricate yourself from these types of people.

I used to be part of the misery brigade. I thought that happy people were stupid, dumb, annoying. I thought that being sad, not eating & having constant drama in my life made me a more interesting person. I didn’t want to be “normal”, I wanted to be different goddamnit, & I was willing to suffer to be that way. Well, I have learned the error of my ways. Being happy doesn’t make you normal — in fact, happy people are in the minority. It is easy to throw your hands up in frustration & be tragic & defeatist. It is also incredibly boring. People are probably really sick of your whining & criticism. It’s not clever, it’s dull — which is the ultimate crime.

So, how to deal with it?

Say your friend’s primary interest is gossiping & being awful about other people. A typical exchange between the two of you would be something like this:
Your friend: “Ugh, look at that girl! She looks like a gorilla, how can she stand to look at herself?! If I was her I would beg someone to shoot me to put me out of my misery!”
You: “I know! Super-gross-tastic! Seriously she should be locked inside the house & sterilised so she can’t breed.”

Keep in mind that you can’t change the way other people behave, the only thing you can change is how you react to them. If you stop encouraging them, they will stop being a turd. Instead of responding in kind, you could change the subject or you could just tell them that making remarks about other people is boring & a waste of time. They will soon learn that they can’t have the sort of conversation with you that they used to enjoy, & so they will drift away from you to other people who want to share in the hatred. It’s like having a child who throws tantrums — if you ignore it, they will stop, or try it on someone else.

Another thing you can do is establish strong boundaries. If you want to remain friends with whoever, keep in mind that they’re not going to change unless they want to. When they start being negative, tell them you’re not interested in putting up with their crap. Maybe they’ll respect the boundaries, maybe not. If they do, then that’s wonderful — if not, as above, they will move away from you. It’s a win-win situation.

You can also use the zipping up technique which I wrote about at the end of my article on Avoiding Creeps — it’s very effective. Or you could just cut contact entirely. Don’t read their emails, delete their telephone number, block them on any chat programs & stop checking their online journal. Cold turkey, baby!

For those of you who love to bitch about other people, or with friends who do, I know that some of you will be thinking, ‘Oh, but making fun of other people is great sport! It’s entertaining & mostly harmless, & it gives me an opportunity to demonstrate my sharp wit & cutting insights.’ Maybe so, but if you were actually happy with yourself, you would find something more interesting to do with your time. What’s that old saying about how no one ever carved a statue of a critic?

Maybe this sounds really cliched to you. That’s okay. You have the right to live your life however you want to, but here’s a secret tip which might make you change your mind: happiness is the best revenge!

Angry/negative people can be bad for your brain. This article is brilliant, you should definitely read it.