Oh really, who KNOWS what to wear on New Year’s Eve?! When I lived in New Zealand, I would wear a slip, a pair of boots & a party hat, & call it a day! Hell, I remember jumping on a trampoline in a froofy dress while ringing in the millenium! But when you hop to the other side of the planet, it’s a different story. Last year I wore an incredible sequinned dress but NO ONE SAW IT, because it was hidden under my voluminous coat, BECAUSE IT WAS SNOWING!

Here, then, are some potentially ridiculous, &/or vastly inappropriate outfits that I would like to wear on New Year’s Eve, hypothermia not withstanding. I tried to be practical(ish), but baby, it is just not my forte! 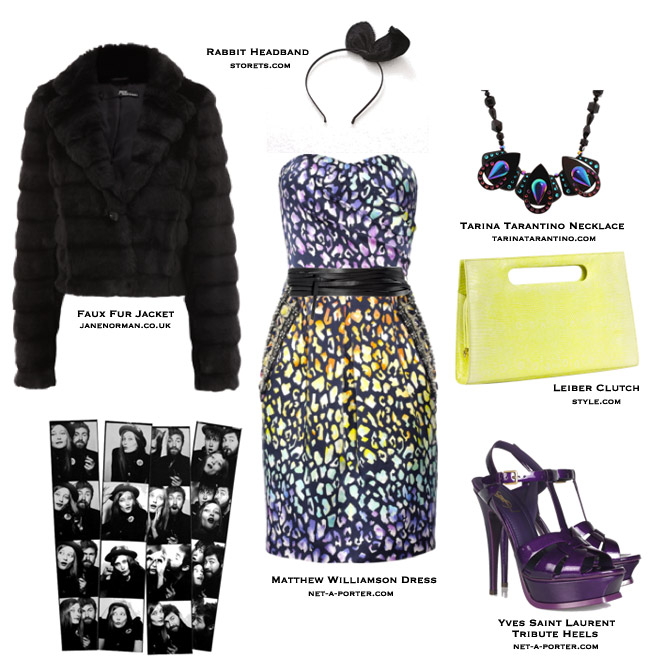 Erica was hoping to have the perfect NYE with her boyfriend of six months, Jesse. Unfortunately, he was more interested in hitting on his best friend’s girlfriend. Erica left the club, was invited to a houseparty by a stranger, & ended the night doing the limbo with a group of people who would become her new best friends. (Outfit details)

Nina took a cab to Brooklyn, for a party held by a visionary artist she’d only met once. She woke up on the second of January with no recollection of what has happened–only a bunch of sent messages in her phone to recount the story. “This party is GREAT! Acrobats hanging in the stairwell?!” “I swear, all these drinks are served with sparklers in them!” “I’m lying in the snow on the roof with the most amazing man I’ve ever met!” (Outfit details) 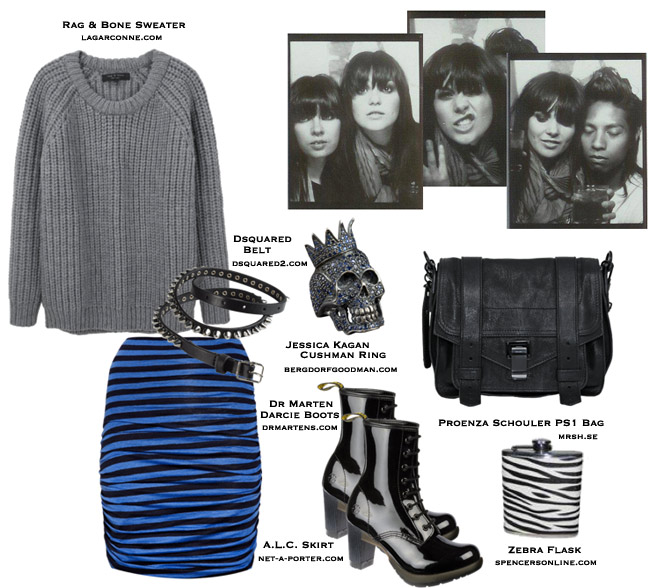 Kezia had no plans, & neither did her friends, so they decided to descend on the bar next to her house. They got a little rowdy. There was table-dancing, certainly, & yelled obscenities. Kezia rang in the new year by making out with her best friend (& top secret, five year long crush). (Outfit details) 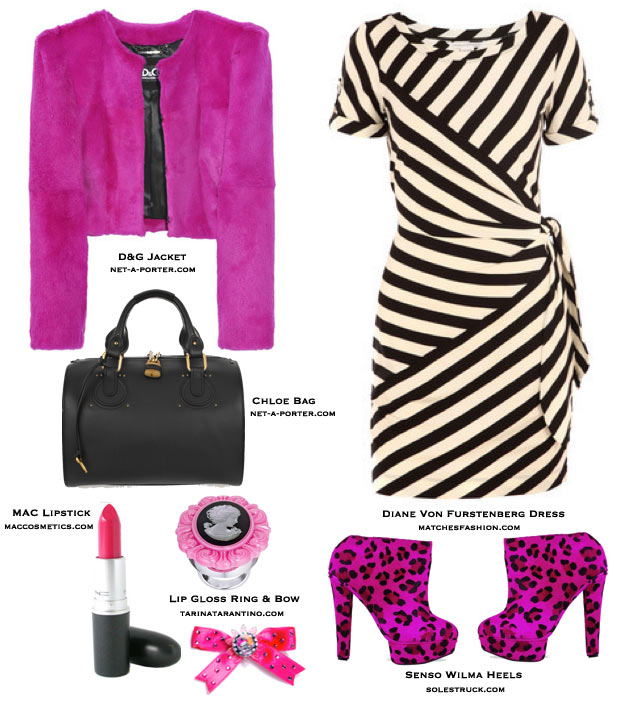 Lisa went to a jazz club & celebrated the new year with a sophisticated clinking of champagne flutes. JUST KIDDING! That’s only where she TOLD people she was. The reality was much more exciting, & involved a beautiful girl from Argentina. (Outfit details) 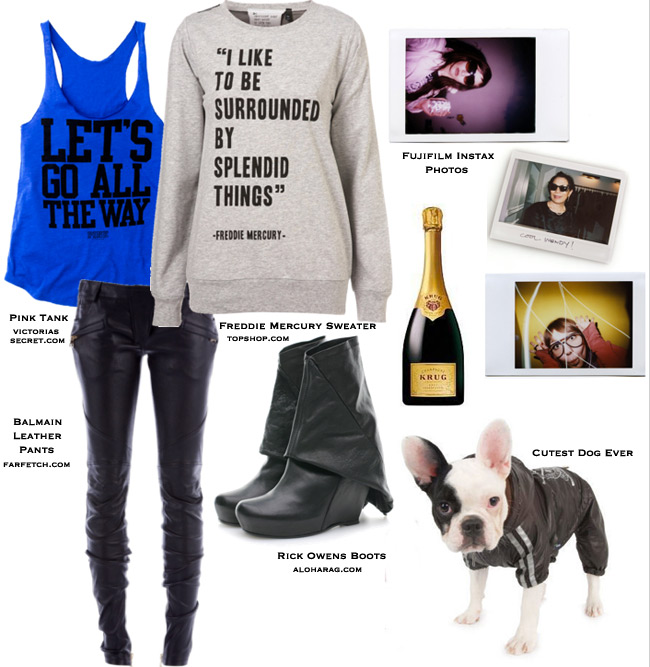 Iwona took a bottle of champagne & her new puppy to her neighbour’s place. The crowd was a mix, & the guy taking all the Instax pictures got drunk & left them behind (so Iwona stole the best ones). She didn’t want to make out with a stranger just because someone, somewhere had decided that midnight on the 1st of January was the time to do so. She kissed her puppy instead. (Outfit details) 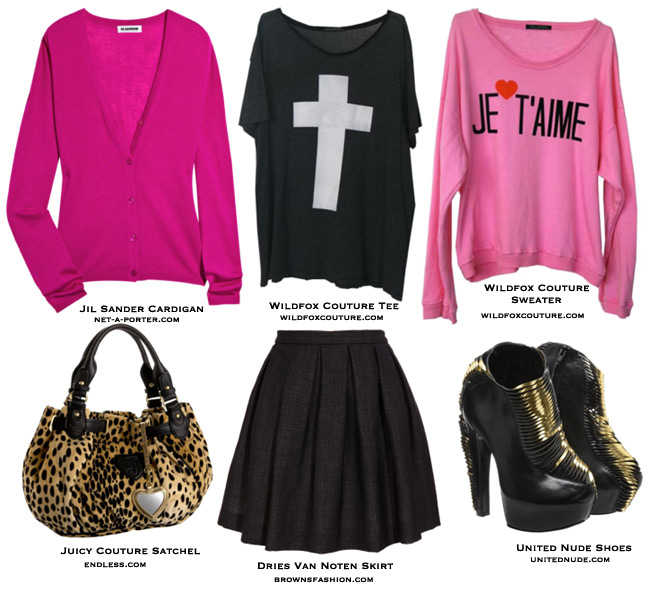 Lauren hated New Year’s Eve. Usually, she would be asleep at midnight, probably on the couch with the television going. This year, she went out with her best friend (who had just been through a hellacious break-up). They never expected they would end up in a secret speakeasy, dancing the night away & sweating the last of 2010 out through their skin. (Outfit details)

Okay, even though dressing for a celebration in the middle of winter is totally crazy, there are still some ideals I protect when it comes to getting dolled up!

Go big or go home. New Year’s Eve is not the night to wear your subtle ensemble. No way! Go for sparkles, bright colours, frivolity & good times! Work some kind of element of surprise into your look. It’s always better to be a little more over-the-top than usual!

While a clutch is cute, really, a bag which will hold all your essential junk for the evening–camera, phone, fireworks, bottle of champagne, et al–is better.

If you’re not good in heels, or you suspect the night may drag on until sunrise (or longer!), tuck a pair of roll-up ballet flats into your bag. Your tootsies will thank you. Or you could be 100% sane & wear boots. (I usually do!)

Don’t dress to get laid. It always looks a little desperate & there’s no mystery in that! Dress to please yourself, instead! Have fun with it!

Have a fantastic evening, whatever you decide to do! Be safe, use protection (you minx!), smile, & be happy!