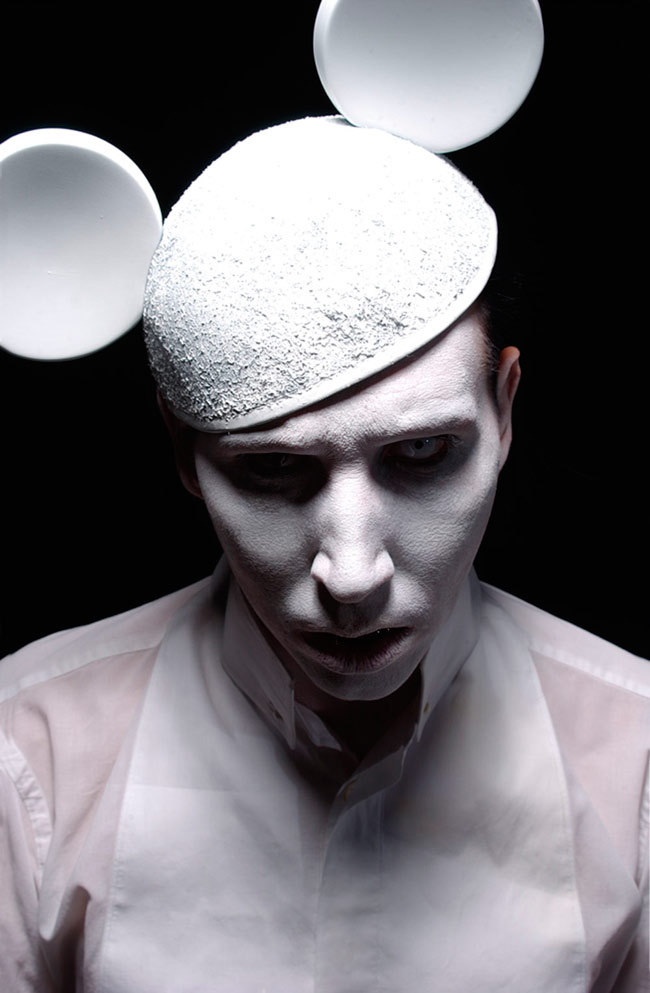 It’s that time again! Pull up a seat, babes, as I regale you with gems from old Marilyn Manson interviews. And if there was ever any doubt as to why I love him, just look at the panache with which he wears those EARS! Damn, Mazza!

Ed Condran: It’s hard to tell the performers from the fans in this John Mayer-ization of rock.

Marilyn Manson: (laughs hysterically). I met him right after he got in trouble for saying the “n” word (during a Playboy Magazine interview). You don’t want to say that word, even if you’re black because you’ll get your ass beat. He was shifty, cagey and weird. Mayer invited me up to his room and he proceeded to show me out of his safe his collection of Rolex watches. They’re about $20,000 apiece. Why do you need a watch? I have an iPhone. I was contemplating going into the bathroom, putting whatever metal objects I had in my sock and just rolling him. When he would tell people, “Marilyn Manson stole my watches,” who would believe him?

« Watercolour Polka-Dots And Cherry Blossom Branches: A Pox On White Walls!
A Dizzying Day At Disneyland! »