Power Up: Green Juice For Beginners! 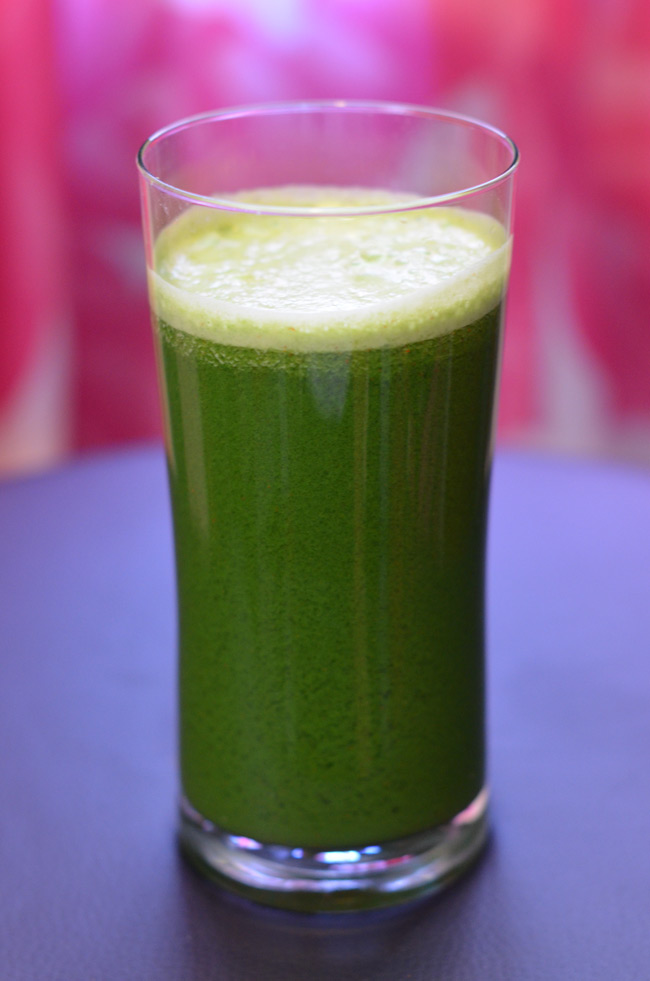 This might sound silly, but I’ve been intimidated by green juice for a really long time.

I know it’s a nutritional powerhouse; that by drinking it, you practically turn into Catwoman. I know that it’s a huge part of the raw food diet, and that all my heroes guzzle it daily. But when it comes to lifting a glass of the stuff to my lips? Let’s just say, I’ve never been keen on it.

A couple of weeks ago, Mike and I were browsing Netflix, when I randomly flicked onto Hungry For Change. Two minutes later and we were utterly engrossed, nodding our heads at the screen and talking about it as it played.

Now, very little of what they said was news to me. I started experimenting with raw food at the start of 2008, and ate like that for a while. Well, until I moved to NYC by accident (I came over for a party and decided to stay), and realised my apartment was directly above one of the best pizza places in Manhattan!

Not too long after that, I met Mike, and despite my frequent jaunts to The Juice Press, my attempts to eat raw have mostly been cast to the wayside. When the love of your life grew up on barbecue, burgers and Coca-Cola, he’s usually not terribly keen to join you for a slice of raw cheesecake!

Maybe it was because we had just completed the Clean Program, so trying something new on the health bandwagon didn’t seem very extreme. Maybe it was my husband’s impending birthday, or the swirling of the stars in the sky… Maybe it was a combination of all of these factors. But the morning after we watched Hungry For Change, something amazing happened.

I watched, incredulous, as Mike rescued our juicer from underneath the sink, set it on the counter, and started to juice everything we had in the fridge. Kale, Swiss chard, cilantro, parsley, spinach… In it all went.

And the results were delicious!

So here is his super-simple recipe. I like to think of it as “green juice for beginners”, because the green juice you buy elsewhere is usually so savoury and grassy that it just puts you off!

Note: You will need a good juicer to make this drink. We have the Breville 800JEXL which we adore, but the best-selling juicer on Amazon, the Breville BJE200XL, gets great reviews, and is less than $100! 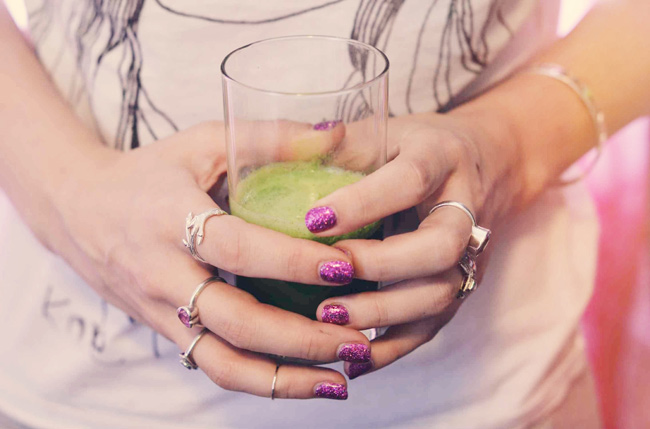 Mike’s Mighty Mixture
(I wanted to call it “magical” but he insisted on “mighty”… Go figure!)

Half a bunch of Swiss chard

Half a bunch of kale

Half a bunch of Italian parsley

Half a bunch of cilantro

Half a bunch of celery

Half a teaspoon of sea salt

Half a teaspoon of cayenne pepper

Wash all the vegetables before you juice them. Don’t just juice one ingredient at a time — if you combine them together, you’ll get a better yield.

Be sure to drink it as quickly as you can: the longer it sits out, the more it oxidises, and loses its nutrients. Also, swirl it around in your cup as you drink, so it doesn’t settle!

This juice has a good kick to it, and it tastes light and fresh. It doesn’t taste like vegetables at all, it’s just crisp and toothsome! We realised the other day that it tastes like a Bloody Mary, just without the vodka! So tasty.

I’ve been absolutely fiending for green juice since I’ve been away from home, and found a great source at Lifefood Organic, which is mercifully close to where we’ve been staying! Have you ever tried green juice? I’d love to hear your thoughts!

Gettin’ my green on,

P.S. I know I’ve said it a whole lot recently, but Hungry For Change really is as good as I’m making it out to be. Watch it!