Put Down Your Goddamn Phone: The Perils Of Phoneland 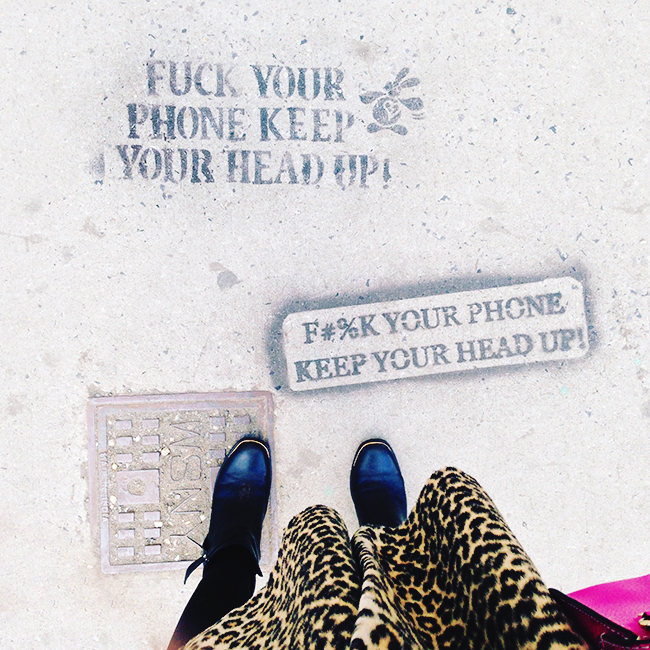 Are you a phone obsessive? Do you walk down the street clutching your device? Do you sleep with it beside your bed? Do you tune out from people trying to have a conversation with you by constantly checking your screen?

I’ll put my hand up. I admit: my iPhone is taking over my life.

Holding my phone all the time is giving me anxiety. Because I’m never unreachable, I’m constantly waiting for something to come in, and always feeling the pressure to respond. I’m checked out of real life, not engaging with other people, and barely present. I’m perpetually waiting for something to show up on my phone that will bring me happiness, and I’m unaware of what is going on around me. I’m Gala in Phoneland, and it sucks.

The worst thing is that when you walk around with your eyes trained on your screen, you become one of those people who is not watching where they’re going, one of those frustrating and thoughtless pavement hooligans who weaves from side to side, always on the verge of almost-colliding with someone else.

There are plenty of studies which reiterate all of these points. Viz:

Being on your phone makes you totally oblivious. In this study, people who were using their cellphones failed to notice a clown unicycling right past them! Furthermore, the study found that the cellphone users “walked more slowly, changed direction more often, were prone to weaving, and acknowledged other individuals more rarely.”

Staring at your phone constantly can damage your eyes, even give you cataracts.

In another study, increased use of cell phones and pagers was linked to a decrease in family satisfaction and increased stress over a two-year period.

Also, 33% of people would rather give up sex than their cellphone.

It’s all a bit much. The evidence is damning!

This weekend, I realised that I didn’t own my phone, it owned me… And I decided to take some power back. 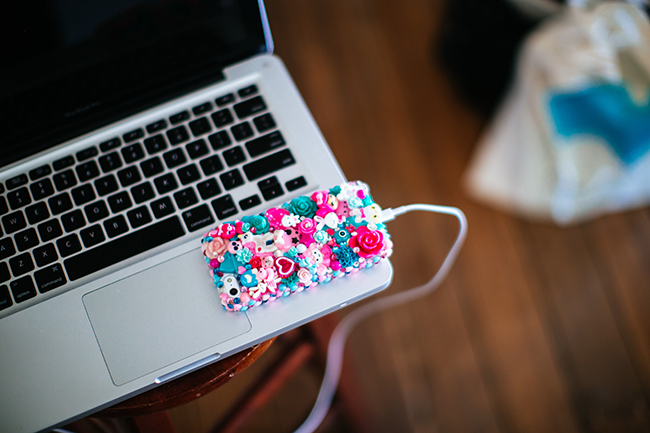 On Sunday, the sun was out and the weather was incredible. I took a cab to IMATS to visit my friend Amy from Sugarpill, and then I started walking. I walked from Pier 94 to Central Park, and then down 6th Avenue to the West Village (four miles in total).

I wanted to be really present, so I left my headphones at home, and I decided to make a point of not holding my phone while I walked. I took it out to snap photos of the Empire State Building and the LOVE statue by Robert Indiana, but then I’d throw my phone back into my bag and do up the clasp.

The result? I felt really present, and in-the-moment. I felt serene, despite the thousands of people around me. I didn’t feel frazzled, I felt united with the moment. It was a true walking meditation. I enjoyed the sunshine, the sights and the sounds. I gawked at people and drank coconut and strawberry iced tea. I felt the energy of the city around me, and experienced the lulls and peaks of foot traffic from street to street.

It was fantastic. I came home feeling clearheaded and aware. Lesson learnt!

My new motto? Put your phone away, and keep your damn head up. Will you join me?

« Knowing It vs Feeling It
Got Blogger’s Block? Here Are 50 Ways To Kick Its Ass! »