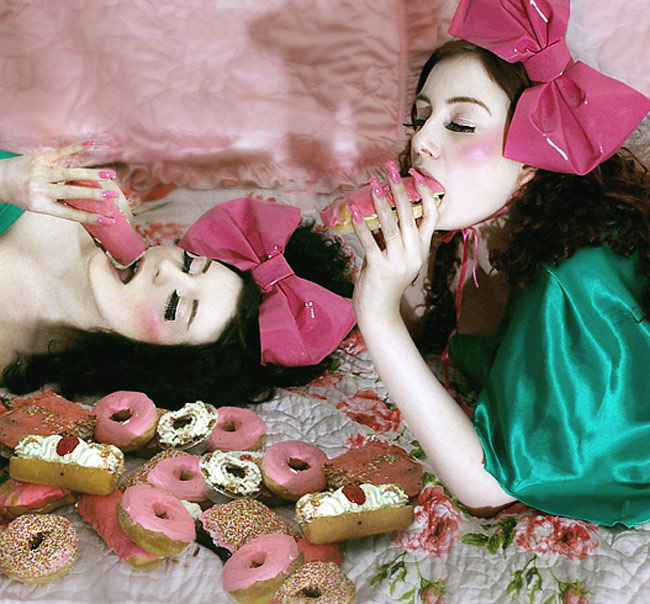 I recently received the following email, & it struck a chord with me.

“I’m really sick of people talking about dieting or calories or fat.It seems like so many girls around me do, especially when we’re eating something great or going out to eat/talking in general. It ALWAYS comes up. Why can’t food be something about enjoyment? I really don’t want to be a part of that crap because I’ve already lost a great friend who suffered of an extreme eating disorder. I’m just really tired of people talking non-stop about it for every single thing they eat, and how they’d always never shut up about calories, how fatty it is, how fat they feel, thighs, whatever body parts, all that hate talk. I’ve once confronted a friend about it and told her to please stop bringing it up on this table at least while you’re with me, thank you, and then she totally snapped and said that I’ll never have friends if I really don’t like hearing about calories or fat because that’s what all other girls are talking about. I know that I don’t have to put up with that. I can just go hang out with people who are positive and not wasting their time on pointless things and starvation even. But I wonder how you usually deal with that situation, what you would say/whether you distance yourself away from those toxic conversations or just not hang out with them altogether.”

I’m so glad you wrote because I have been wanting to vocalise some thoughts on this subject for a long time. I totally agree with you & cannot stand it when women reduce themselves to physical measurements & calorie consumption!

I think that women have been taught that it is okay — even “good”, feminine, or expected — to obsess over what we’re eating & how we think we look. As if it wasn’t bad enough that this is reinforced by our best girlfriends, it’s also rammed down our throats by the rest of society & even by big business — you know, those companies who depend on you hating yourself so you’ll buy more beauty products, diet pills, surgery etc.! You only have to switch on the television to be assaulted with a gamut of shows fixating on the “Best Celebrity Body” to know that all of this is very real.

I also believe that a lot of women have grown up listening to their mothers talk about how they “feel fat”, verbally flagellating themselves for eating snacks, or saying, “Oh, just let me have ONE!”. Our mothers are our first role models, & we pay so much attention to everything they do! All of this stuff messes up your head, & is hard to ignore. It is so ingrained in us, & we hear it everywhere. Furthermore, a lot of women unconsciously see conversations about food & weight as a kind of rite of passage into womanhood.

You can see how insidious & ugly the whole thing is.

Now, that’s not to say that you shouldn’t give the topic any consideration. Of course, it is important to consider what you’re putting into your body. When you eat healthy, natural food, you feel energetic & happy, while conversely when you eat processed, sugar-laden muck, you feel sluggish & miserable. There’s absolutely nothing wrong with eating junk food, as long as you’re being conscious of your intake & are able to make decisions which balance it all out. On the other hand, if your eating feels out of control & like you actually can’t stop yourself from going for the cupcakes, you may want to investigate your emotional relationship to food (a counsellor who you like & respect can really help too).

The bottom line is that it’s so much more fun to be with your friends when you can all order burgers & ice-cream sundaes & enjoy yourselves! People are so confused about food in general. For years, people ate whatever they felt like, & then all of a sudden it seemed like we were surrounded by heart disease, various cancers, high cholesterol etc., & we were thrown into uncertainty. What is safe to eat? How does it affect us? What the HELL are we supposed to have for dinner? I think it’s natural to discuss & talk about these things as we figure it out, but there is a difference between idle food conversation & the downward spiral of radical self-hate & disordered eating.

Your friend is making excuses for her own mindset. Based on what she told you — that you’ll never have any friends if you don’t like hearing weight talk — I shouldn’t have any friends at all! Thankfully, that’s not the case! By the way, I don’t have a single friend who talks about “calories or fat”… & I would have absolutely no qualms about spending my time ALONE instead of listening to that kind of garbage!

I think ultimately the best thing to do is spend time with people who have a healthier body image. While that might seem dismissive or cold, it’s anything but. Disordered eating is contagious, & the more time you spend in the company of those girls, the more likely it is that your own thinking about food will become warped. I would encourage your friends to get help (if you think they need it), then back away & start associating with other women.

I said a little while ago (on the subject of marriage) that I thought getting married was about finding someone who had flaws you could deal with. I think friendship is very similar — you’re not going to find someone who is perfect, but hopefully you’ll strike up a kinship with a few girls whose flaws don’t cause you to fly into a rage! If you’ve already lost someone close to an eating disorder, I can absolutely understand how your friends blabbing about weight could drive you to the point of madness! Your friends should make you feel good, make you laugh, & be people you are excited about seeing. There’s no sense in spending time with people who constantly push your buttons. 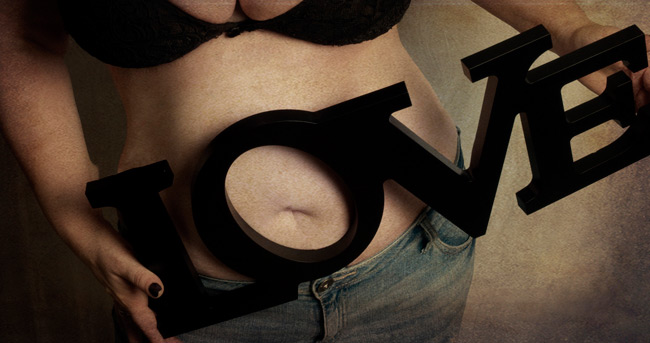 Until we can all learn to accept & EMBRACE our bodies as the FLAWED MIRACLES that they are, this nonsense will continue. As long as you buy tabloids which speculate about celebrity weight gain or loss, we are all suckers. As long as you participate in “body snark”, discuss the appearance of other people, or give a crap about what size pants you wear, you are totally & 100% buying into it!

If your friends obsess over their weight, tell them you don’t want to hear it about it anymore. Encourage them to get help. Next time your sister makes a bitter comment about “thin girls”, give her a reality check. When your friend judges someone for what they’re wearing & how they look in it, stand up to her. Next time your girlfriend says she has gained weight, tell her she looks gorgeous — & MEAN it!

The bottom line: if you don’t let people know that their behaviour won’t be tolerated, nothing will change. Set an example! It’s easy to say you’ll do these things, but when you step away from your computer, will you make those changes in the real world? I’m going to start right now.

Radical self-hate is bullshit, & standing by & being a silent witness to it is almost as bad.

…& you can fucking quote me!